Hung out with the creatures of the night just before touching Waterton, then tripped out over the #pacificnorthwesttrail all the way to Chief Mountain. That about sums up the end of the #cdt2021 Now it’s time to finally knab that 👑 👑 👑 on the #pct2022 Hammer down!
Round 2 of wild and epic #glaciernationalpark It started to get smoky near the end, but this place was still stunning. 🤩
It’s that time of year! Hiking season is about to begin, and I just realized I never posted any pictures of #glaciernationalpark from last year’s trek. Here’s round one of one of my favorite places. Glacier got #grizzlybear, bighorns, swamp donkeys, and views for days! 😍
After spending a little too long out in the so-called “real world”, it was so damn refreshing to meet up with some of my tribe for a multi-day hike on my home trail. To those CDT tram members who couldn’t make it out, you were truly missed and gossiped about… A LOT! 😂 But I’m hoping some of you cross paths with us on the PCT later this year. Good luck Tapeworm on making it over halfway on the AT. 🔥 Enjoy the north. RIP The Doyle. You will do well I’m certain, but I’ll miss the glorious shitshow you once were. How the trail has changed! 🤯
I did a thing today. Probably won’t do it again. But I also said I wouldn’t run 13.1 miles ever again, sooo… 🤷🏻‍♀️Thanks @trevtrevorwhatever for the support, and super rad to catch up with you @wildturkeytrotsthru Thanks for the hospitality!
9/9/21 - Mission Accomplished! 🤘
Montana! You pretty!
Yet again, Montana brought the hiker friendliness in Augusta, and a sweet sunset too! Once we were able to force ourselves to leave, we were off to “The Bob” and finally got to see the Chinese Wall. We’re officially in the heart of grizzly country, y’all! 🐻
The sweet views continued all the way to Augusta!
Posted on March 24, 2017January 11, 2019 by Stubbs

Soggy ended up taking us to the Blue and Gray Bar and Grill in the heart of Gettysburg to catch the football game. The bar was packed for the holiday weekend, which made me feel a bit insecure about our odor, but I think it worked to our benefit as the people sitting at the bar in front of us left, and provided us seats right in front of a tv for the game.

We ate some really good burgers which were cleverly themed after army generals in the Civil War. There were “Confederate” burgers and “Union” burgers, and most importantly, craft beer!

We chatted with the locals and apologized for our smell. Refill got stressed out over the football game as it came really close in the end between Italy and Germany, but Italy got defeated, and Refill was drunk and happy after all was concluded!

Soggy took us on a little tour of the battlefield and then dropped us back off at Shippensburg Road. We invited him to our 4th of July party and thanked him for the hospitality! 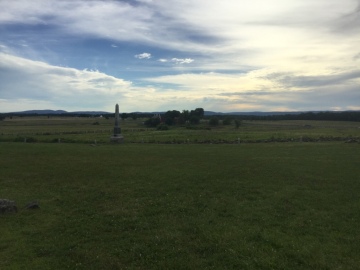 We arrived with lots of beer, and Cautious, Nomad, Eeyore, Big Red, and Rosa Barks were all waiting for us with a fire ready. We got pretty lit that night, and weren’t feeling too awesome in the morning. 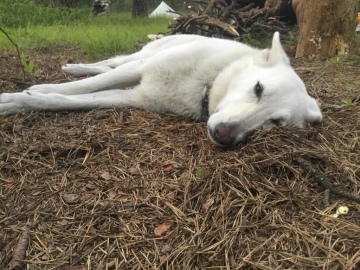 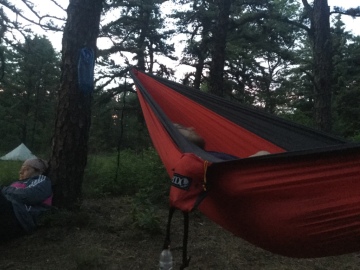 One of our drivers was a complete bum and didn’t show, but we had two other cars available. Fortunately, everyone that we invited that were able to meet us there were able to cram in. Our friend Jason brought a jeep which had the doors removed. He was lucky! Our other two friends, Daryl and Kelly, were stuck with 4 smelly hikers and very limited air circulation. They got air fresheners (pine scent in the shape of palm trees), at the gas station and one of them snapped in half during the ride. They joked that the smell was so intense that the air freshener couldn’t take it anymore.

When we arrived, we went on a beer run and did what most everyone does over 4th of July weekend, got drunk! We introduced some of the willing participants to a good old fashioned Maryland blue crab feast (steamed in beer, not boiled). It was a success! 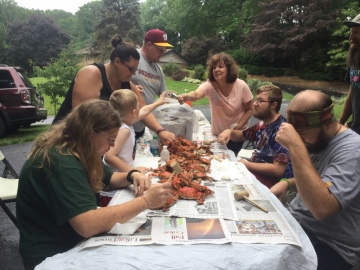 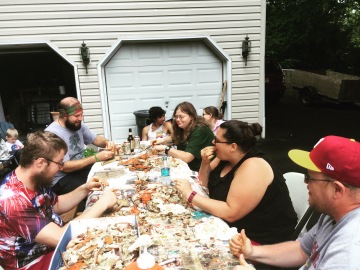 The next day, we had grabbed some food from the grocery store and stocked up on more beer. It was calling for rain, so we were bummed out that we wouldn’t get to bust out some fireworks. We did get a call from Cheeks and Redwing who we had invited previously, but weren’t able to meet where we planned since they were ahead of us. They both had US visas with limited time left, so I didn’t blame them for trying to cover as many miles of the trail as possible. They had claimed they were going to hitchhike all the way to our house. I doubted they could manage from where they were. Miraculously, their first hitch was looking to get out of doing yard work, so he decided to drive them an hour and a half to our place with no complaints! 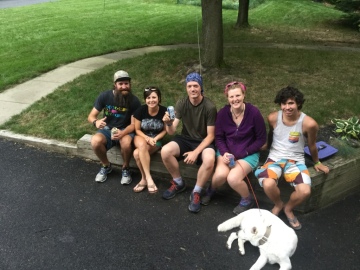 We also heard back from Detained and Denied who had declined our invitation previously, since they had already been invited elsewhere. Their plans fell through and they were trying to come celebrate too. Fortunately, Soggy was willing to pick them up before swinging by himself. 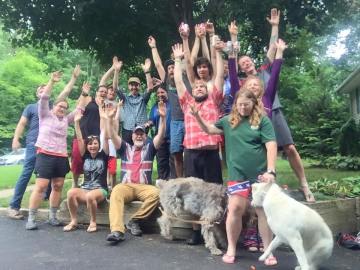 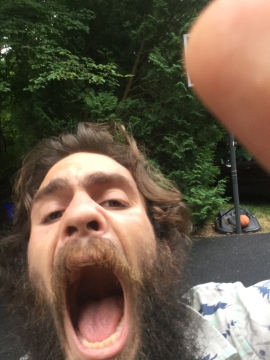 We grubbed, drank, and hid from the rain. We had a few friends over as well to join the festivities. We said goodbye to Detained and Denied who would be heading back home to Canada in a couple days. Soggy was super awesome for bringing them out so we could say goodbye to them, and hopefully we see all three of them in the not so distant future!

The next day we gathered our things and got rides to the grocery store to re-supply, and then back to the trail. We first said goodbye to Nomad, Eeyore, and Rosa Barks who were getting dropped off at the train station by my dad. They were heading home from the trail and had plans to go to Burning Man later on in the year.

Shortly after returning to the trail, we had to say goodbye to Redwing and Cheeks too who were getting dropped off further north along the trail where they left off. They were on a strict timeline as their visas were only good for 6 months before they had to return to their homes in Canada and the UK respectively. After a mile into the woods, we had reached the official halfway point along the AT for 2016! We were hungover, but stoked! 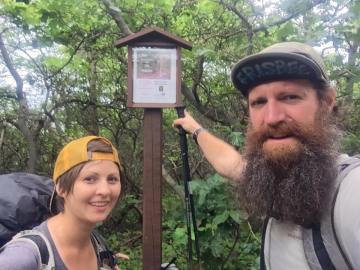 Average Mileage this Chapter: 0 miles (mileage accounted for in next chapter)