9/9/21 - Mission Accomplished! 🤘
Damn Montana! You pretty!
Yet again, Montana brought the hiker friendliness in Augusta, and a sweet sunset too! Once we were able to force ourselves to leave, we were off to “The Bob” and finally got to see the Chinese Wall. We’re officially in the heart of grizzly country, y’all! 🐻
The sweet views continued all the way to Augusta!
Had an awesome birthday which I celebrated with my stinky, freeloading #hikertrash tramily, the wonderful people of Lincoln, and Daryl the Sasquatch. The hike from Rogers Pass was just as amazing as the hike into it after we hunkered down in a yurt to avoid the rain. More climbs, but a lot of ridge walking by rock ledges and towers.
No more smoke, but the days have been windy and the nights have been cold. We visited an amazing outfitter in the middle of the trail, got to see Golden, a familiar face from the AT (2016), and lots and lots of cows! I had been in a bit of a funk lately, but the ridge walk right before reaching Rogers Pass snapped me out of it!
Got stuck in the Butte vortex. We hitched in, hitched out, hiked to the north side then hitched back in. Pizza Ranch was our second home. Eventually we made our way to Helena, our second vortex. Before our arrival, we got pounded by hail and rain. The wind was blasting through the trees so hard, they were snapping like twigs behind us. The people of Helena were beyond hiker friendly. We got stuck a second day when a girl working at the brewery let us crash at her place for free, hot tub included! Life’s good!
The road walk continues. Nevada City to Twin Bridges to Silver Star to Butte! Time for a couple zero days!
Most of us had trouble getting the Big Sky Alternate maps, so we’ve been road walking. These things don’t bother me as much as most people. Road walks can be pretty fun! We’ve been bouncing town to town: West Yellowstone to Big Sky. Big Sky to Jeffers. Jeffers to Ennis. Ennis to Virginia City to Nevada City, and still rolling! Our end goal is to get to Butte, finally do some laundry, get showers (cuz we smell like sweaty buttholes), then return to the CDT to crush those last few hundred miles. It’s been fun making friends with the locals, and it’s also been more scenic than expected!
Posted on August 22, 2017March 31, 2018 by Stubbs

We said our goodbyes to Pam and Robby and went back to “N’awlins” with Trevor’s parents. They splurged and got a room for the four of us at the Hotel Provincial in the French Quarter. 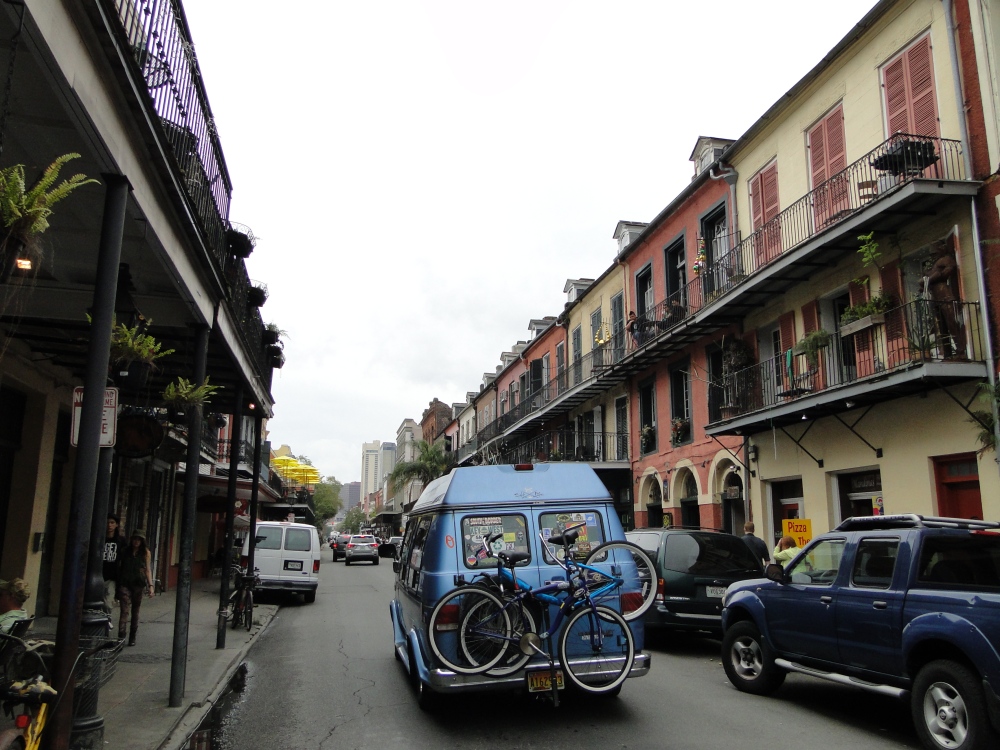 At one point, we passed a sign that said, “Jesus saves… cracked iPhones.” Trevor was thrilled since he shattered his in Mobile and he could finally get it replaced. Also, he looks remarkably like Jesus. We bought my Godzilla painting, headed back to the van to drop it off and to grab his phone, then returned to the shopping mall to get his screen fixed. We bought a bunch of beads in one of the shops as we were waiting and would realize how unnecessary this would be later on.

After his screen was fixed, we grabbed coffee at Envie, visited the Iron Rail Bookstore, then parked our butts along Decatur Street to wait for the St. Patrick’s Day Parade. It was looking to be a long wait, so we decided to head towards where the parade was set to start. This turned out to be a wise decision indeed as the parade was running on Southern time, not Yankee time.

The parade was a lot of fun! There were bagpipes and marching bands, and many beads and faux green flowers were thrown from people on floats, on foot, on bikes, motorcycles, tractors, and on unicorns. 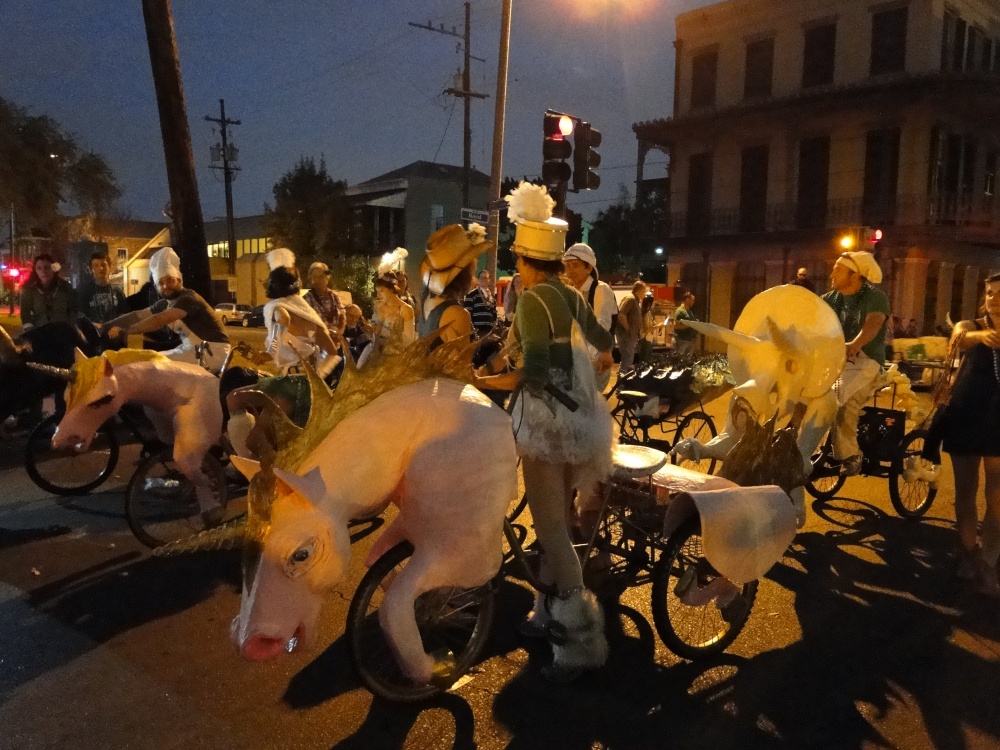 Many old men kissed me on the cheek and one of them got a bit too frisky and planted a glowing shamrock on my boob. Some of the floats included bar tables and stools with port-o-pots on board. The gutter punks frolicked around, and one climbed up a pole and was quickly ordered by police to shimmy his way back down. Overall, the parade was a good time!

We took one last stroll through Bourbon Street and I gave most of my beads to an unsuspecting man walking nearby, who was thrilled to receive them.

Hats off to the post-parade cleaning crew! A couple hours afterwards, you would’ve never known it even happened!

It’s Monday which makes it Red Beans and Rice Day according to Robby. As advised, we searched for a place nearby to get some. After we ate and moseyed around the French Quarter a bit, we said goodbye to Trevor’s parents.

We had been to Saint Louis Cemetery No. 1 several years back, so we decided to head to the Garden District see the mausoleums in Lafayette Cemetery before taking I-10 West out of New Orleans towards Texas.

We crossed the Mississippi River for the first time which was much larger than I imagined with massive debris floating within it. We eventually made our way out of Louisiana and into Texas.

Louisiana has so much more to offer than just New Orleans, but the South is not too far out of the way to explore another day. We attempted to visit the Texas Welcome Center, but it was closed, and decided to get a room at the Best Western in Vidor, TX to collect our thoughts and decide on the next route.

Jump Ahead to Part 07: Houston, We Have A Problem