9/9/21 - Mission Accomplished! 🤘
Damn Montana! You pretty!
Yet again, Montana brought the hiker friendliness in Augusta, and a sweet sunset too! Once we were able to force ourselves to leave, we were off to “The Bob” and finally got to see the Chinese Wall. We’re officially in the heart of grizzly country, y’all! 🐻
The sweet views continued all the way to Augusta!
Had an awesome birthday which I celebrated with my stinky, freeloading #hikertrash tramily, the wonderful people of Lincoln, and Daryl the Sasquatch. The hike from Rogers Pass was just as amazing as the hike into it after we hunkered down in a yurt to avoid the rain. More climbs, but a lot of ridge walking by rock ledges and towers.
No more smoke, but the days have been windy and the nights have been cold. We visited an amazing outfitter in the middle of the trail, got to see Golden, a familiar face from the AT (2016), and lots and lots of cows! I had been in a bit of a funk lately, but the ridge walk right before reaching Rogers Pass snapped me out of it!
Got stuck in the Butte vortex. We hitched in, hitched out, hiked to the north side then hitched back in. Pizza Ranch was our second home. Eventually we made our way to Helena, our second vortex. Before our arrival, we got pounded by hail and rain. The wind was blasting through the trees so hard, they were snapping like twigs behind us. The people of Helena were beyond hiker friendly. We got stuck a second day when a girl working at the brewery let us crash at her place for free, hot tub included! Life’s good!
The road walk continues. Nevada City to Twin Bridges to Silver Star to Butte! Time for a couple zero days!
Most of us had trouble getting the Big Sky Alternate maps, so we’ve been road walking. These things don’t bother me as much as most people. Road walks can be pretty fun! We’ve been bouncing town to town: West Yellowstone to Big Sky. Big Sky to Jeffers. Jeffers to Ennis. Ennis to Virginia City to Nevada City, and still rolling! Our end goal is to get to Butte, finally do some laundry, get showers (cuz we smell like sweaty buttholes), then return to the CDT to crush those last few hundred miles. It’s been fun making friends with the locals, and it’s also been more scenic than expected!
Posted on December 26, 2017March 31, 2018 by Stubbs

I slept very little since our neighbor ran his generator all night long. We made some coffee to warm us up on such a cold morning before leaving Bryce Canyon National Park. We saw Pronghorn Antelope resting on the hillside as we exited, and the last of the hoodoos as we re-entered Grand Staircase-Escalante. 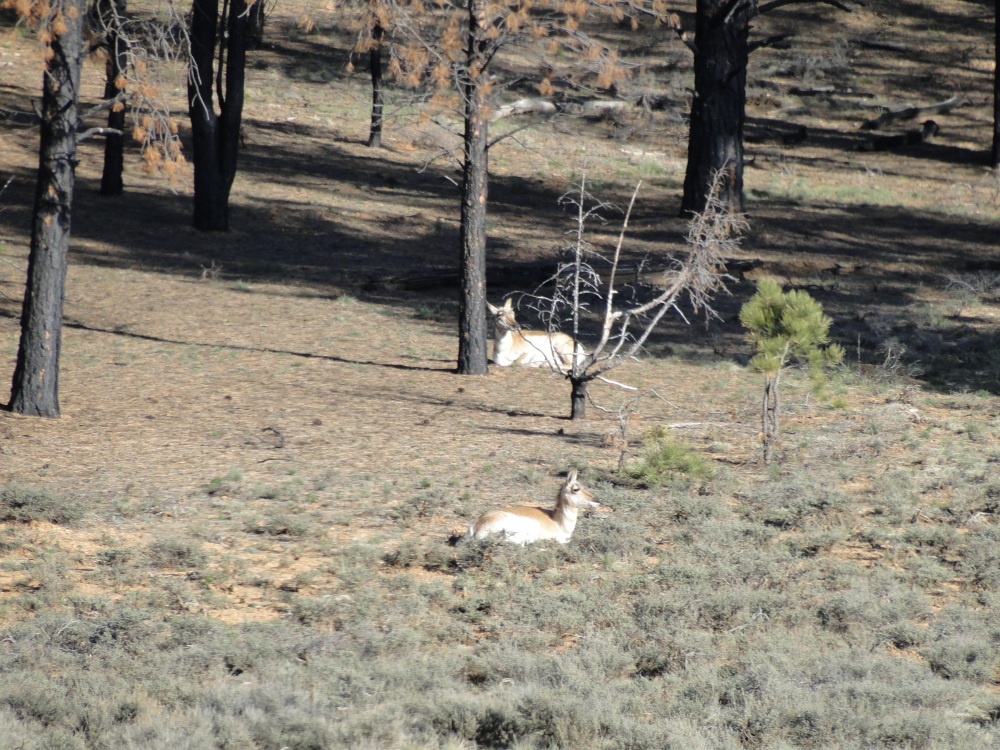 The road took us up and down some big hills and along narrow ridge lines before we made a stop at Kiva Koffeehouse to use their WiFi so we could plan out the days ahead.

We traveled back into Dixie National Forest passed lakes and snow-covered peaks, then made a stop in Torrey, UT to grab some food before entering Capitol Reef National Park. Their campground was full, so the ranger directed us towards Fishlake National Forest, which lacked forests and lakes, where we could camp for free. We headed to Fishlake, found a nice site to stay at, and as we were relaxing outside of our van, we were approached by a couple.

Their names were Chris and Andrea, and they invited us over to their site to eat pizza quesadillas. They noticed the Maryland state flag decal on the side of the van as they passed by, and mentioned that they currently had a place in Baltimore. Andrea’s a doctor and was recently working on an Indian Reservation. Like us, they had been doing their share of traveling across the U.S., but they’ve been driving around in a Mini Cooper. Also like us, they had been experiencing some power steering issues. They shared funny stories about pitching tents in Walmart parking lot medians barricaded by shopping carts, the chickens they raised at home, and a retired lady they met who talked through a dragon hand puppet. We exchanged information, and didn’t know it at the time, but we would become good friends with them after the trip was through. We would later invite them to our wedding.

We woke up to a horrible discovery! We were all out of coffee! We tried to make the best of our morning and headed to Chimney Rock Loop Trail.

After our hike, we walked along the short Sunset Trail and checked out Gooseneck Overlook.

We entered Capitol Reef National Park and drove the 8 mile scenic route which went through the Fruita Historic area, their campground, and passed some unremarkable rock formations (Zion and Bryce had spoiled us).

Unimpressed and in need of caffeine, we left the park and headed into Torrey to restock on some instant coffee and grab some grub. We made a short visit to Twin Rocks, then returned to Fishlake to see it had been overtaken by more people than the night before. We still managed to reclaim our spot and threw the disc back and forth for a while before the sun went down.