We stopped at Cafe Dawn, then the Ploughboy farmer’s market/grocer before taking Route 291 to US-285 North to investigate one of the hot springs Betsy had recommended. Out of the three suggestions, one was closed, one provided hardly any information online about it, and the third we’d try to visit, but it ended up being under construction. We called it a loss, so we continued along US-285 to US-24 North. 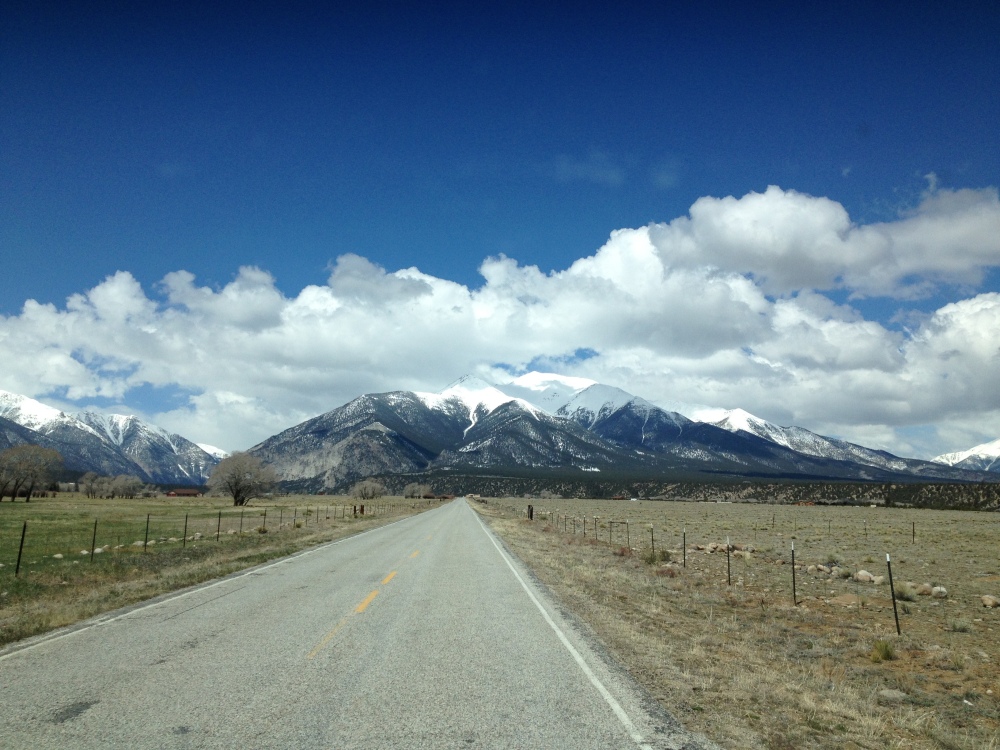 We were super excited when we spotted big horn sheep for the first time up on the ridge of the mountains we were driving through before climbing up to 10,200 feet above sea level to the little mountain town of Leadville.

For being so small, Leadville was enjoyable. At first, we thought it was just going to be a foggy morning (I awaited M.J. and a crowd of zombies to come dancing out of the mist). But soon we realized that it was not fog at all. Those were cumulus clouds blowing down the middle of the street! There were a lot of cute shops and we ended up having some of the best pizza I’ve ever had in my life (Sorry, New York), at a place called “High Mountain Pies.” I still get cravings. 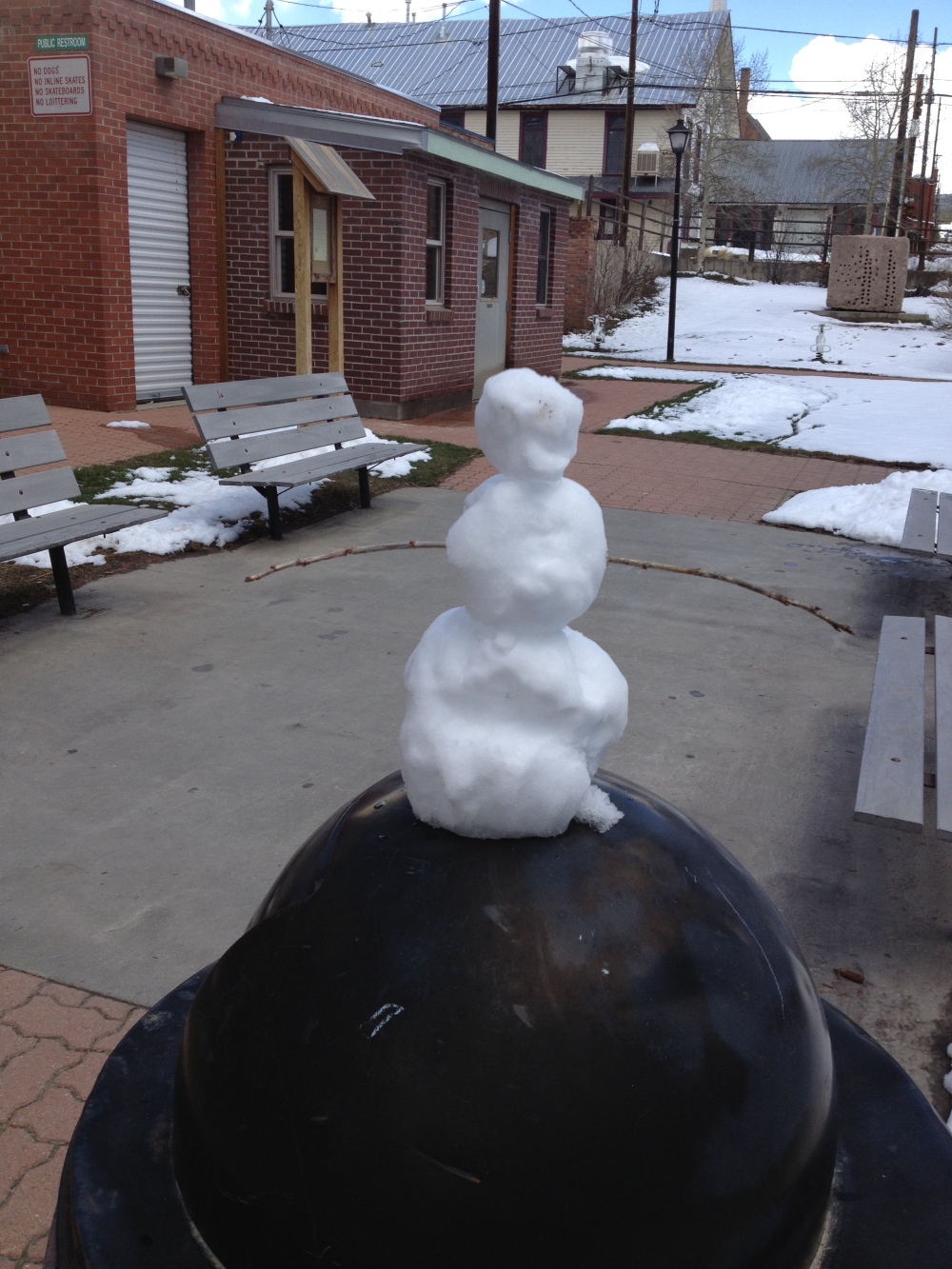 As we made our way further north out of Leadville via Route 91, it started to snow. Fortunately, it wasn’t sticking to the roads, so we were able to enjoy it. We entered White River National Forest, then took I-70 East through the hoity-toity town of Frisco, then Route 9 down to Breckenridge. The ski town was a little too trendy for our liking and it seemed like most of the shops were run by rich kids whose parents forced them to get a job. We did get to see a cute art gallery called “Art on a Whim” which was run by a fellow Marylander at the time. 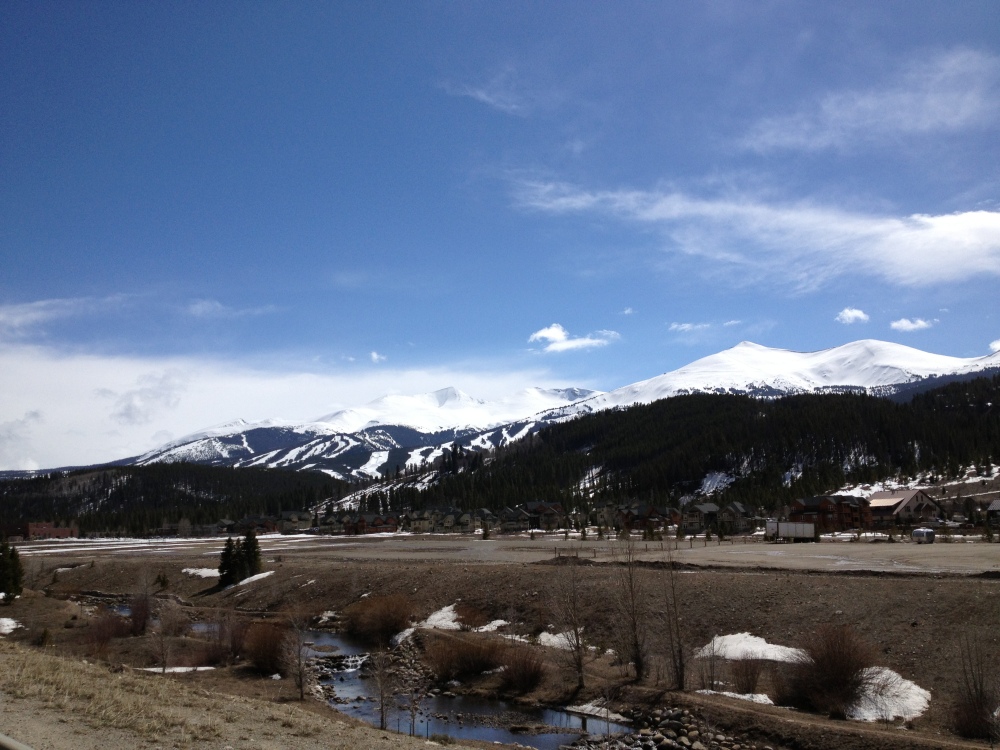 We returned to Frisco to check out the sports equipment at the thrift store, then took I-70 through the Arapaho National Forest to get to Denver. After parking the van by the Rockies Stadium downtown, we traveled through the city by foot and passed several bars and restaurants.

At one point during our walk, we heard a loud car crash nearby and went to check it out to make sure everyone was okay. I was a little scared to investigate since it sounded bad. Fortunately it was just a nasty fender bender and everyone involved was fine.

We took the van down Broadway which was apparently the place to buy pot (There were Green Crosses everywhere). It also seemed like there were some cool shops to check out, so we decided to make a stop back there the next day. It was getting late, and we managed to find a Walmart in town to sleep at. There were several restaurant chains in the parking lot, so we ended up having WiFi in our van throughout the night. Another first!

Jump Ahead to Part 29: Pata-Gucci, Tulips & A Frozen Dead Guy