Greetings from Key West! 🐓🏝🏴‍☠️ We reached our goal on Christmas Day!🎄When we got through the crowd to touch the buoy and take our picture, we accidentally angered a mob of people. 🤭 Apparently tourism has gotten so bat shit crazy down here as compared to our previous visit that there’s a line to get a picture at the southernmost point.🤷🏻‍♀️ Sorry, not sorry! We had to return early this morning to get more appropriate pictures. Happy Holidays Everyone! 🎉
Seven Mile Bridge to Bahia Honda to Big Pine Key! The scenery and the weather keeps getting better!
Fueled up on some #cubancoffee ☕️ as @trevtrevorwhatever and I jotted more islands off the list and dodged thunderstorms. Thanks again @justin_rousey for letting us crash! Keep on living the dream, buddy! 🤘You’re doing it right!
Goodbye Florida mainland! We got the truckers to honk and yelled “Maryland!” to the passing cars with MD tags as we fought the wind on our walk to Key Largo. We tried sleeping next to a church but had to relocate to an awning at 2 am when it began to rain. There, we made friends with the local law enforcement as we waited for the sun to rise, then got some #keylimepie at Harriette’s before hoofing it to the rest of the #floridakeys
62 Miles in 24 hours! And we didn’t stop there, continuing another 7-8 more. We left the #floridatrail southern terminus at 3am Thursday the 19th and were in Homestead the same time the following day. I just want to thank @soflohiker for delivering our resupply which we pretty much destroyed along the way; the awesome @bigcypressnps staff, especially Don and his wife who brought us a pizza; @stephenwoodworth3g and Gonzo for the fry bread and good gab; the @coopertownairboatride staff, especially Antonio for the coffee and nice conversation; and my feet which carried my lethargic ass all the way to Florida City so I could inhale Golden Corral and enjoy LivePD in a comfy hotel bed before taking US-1 to #keywest The people you meet traveling 3 mph make the journey as special as it is. Thank you! 🙏
Florida Trail Complete! 🙌 Stayed the night in a chickee before leaving the Seminole Reservation for the #swamp Big Cypress was pretty dry to our misfortune. Instead of wading through water most of the time (which would’ve been preferred), we struggled covering ground in the #mud and muck during the first half. We were very dehydrated during the second half, but managed to find enough water to pull through. Then it dumped rain on us overnight, the ultimate send off from the #floridatrail This trail was brutal, but beautiful and I’m glad I stuck through it til the end! Next stop, Key West! 🤘🌴🐓
The list of #wildlife that @trevtrevorwhatever and I have seen keeps growing! There have been a countless number and variety of birds and insects. Mammals: ~6 #otter , 20+ #opossum all within 2 hours of night hiking, a #grayfox , bats, rabbits, raccoons, 1 #skunk , and wild hogs. Reptiles & Amphibians: many #gophertortoise , other turtles, #frog , toads, many #alligator , venomous (coral, pygmy rattlers, #cottonmouth , copperhead) and non-venomous snakes. There have also been common domestic animals like cow (A LOT of them), goats, chickens, horses, and sheep, and oddly placed, random ones like emus (on two separate occasions) and bison. Out of all the trails I’ve hiked so far, the #floridatrail one delivers the most critters!
Hiking along the #dike on the west side of #lakeokeechobee didn’t deliver views of the lake, but it was the quieter route and we saw a lot of wildlife along the way. We also saw a lot of rain! It wasn’t my favorite stretch, but it was memorable!
After sprucing up our sulfur water with some wild lemons 🍋 , we left Three Lakes WMA to start a miserable road walk along FL-60, dodging busy traffic. Then we visited River Ranch Resort to grab a pricey resupply. Scrub fields with mummified fish bodies followed before crossing the lock and entering Kissimmee Prairie Preserve. I ended up peeing in front of a wildlife cam as we left there. Fml. 🤦‍♀️The good news is we’ve seen a ridiculous amount of wildlife afterwards. I’m just not too pleased to be a part of it. Having two dumb rednecks on an airboat point their rifles towards us, also not a good time.
Posted on January 29, 2018March 31, 2018 by Stubbs

After sleeping at the Sweetwater Station Junction rest stop, we hit the road first thing in the morning. The bulk of Wyoming is genuinely vast nothingness, but it’s absolutely beautiful. We passed rolling hills of sagebrush, barbed wire fencing spanning miles and miles to keep cattle in and snow fences to keep the snow off the roads, the occasional Cottonwood tree, Quacking Aspen or conifer, black cows speckling the landscape, and the sporadic Pronghorn sighting. The creek on the side of the road snaked around as the ground changed from red clay to rolling fields.

After a long scenic drive, we arrived in Lander, WY, a town recommended for us to visit by a shop owner in Laramie. We visited “Old Town Coffee” which was pricey, but became one of our favorite coffee shops during this whole trip. The coffee was well worth the price and the decor was not what you would expect from Wyoming (at least from what we had experienced so far). Trevor told the staff how nice the place was and after they got to talking, they informed us about the free camping in town. There was a park that you could stay at for free overnight so long as you weren’t there longer than 3 days. Lander is located near a lot of rock climbing and bouldering hot spots, so they provided free camping in town to cater to climbers.

After strolling through town, my observations brought me to the conclusion that people in Colorado really loved their Mexican food, but people in Wyoming preferred to get down with Thai cuisine. There were Thai restaurants everywhere (I’m mad I missed out. I love Thai food). We checked out some shops then headed to the park to chill out in the van. We listened to NPR News as they discussed the tornado aftermath in Oklahoma and lowering the legal alcohol limit age to 18 (as it used to be), versus the current age of 21. 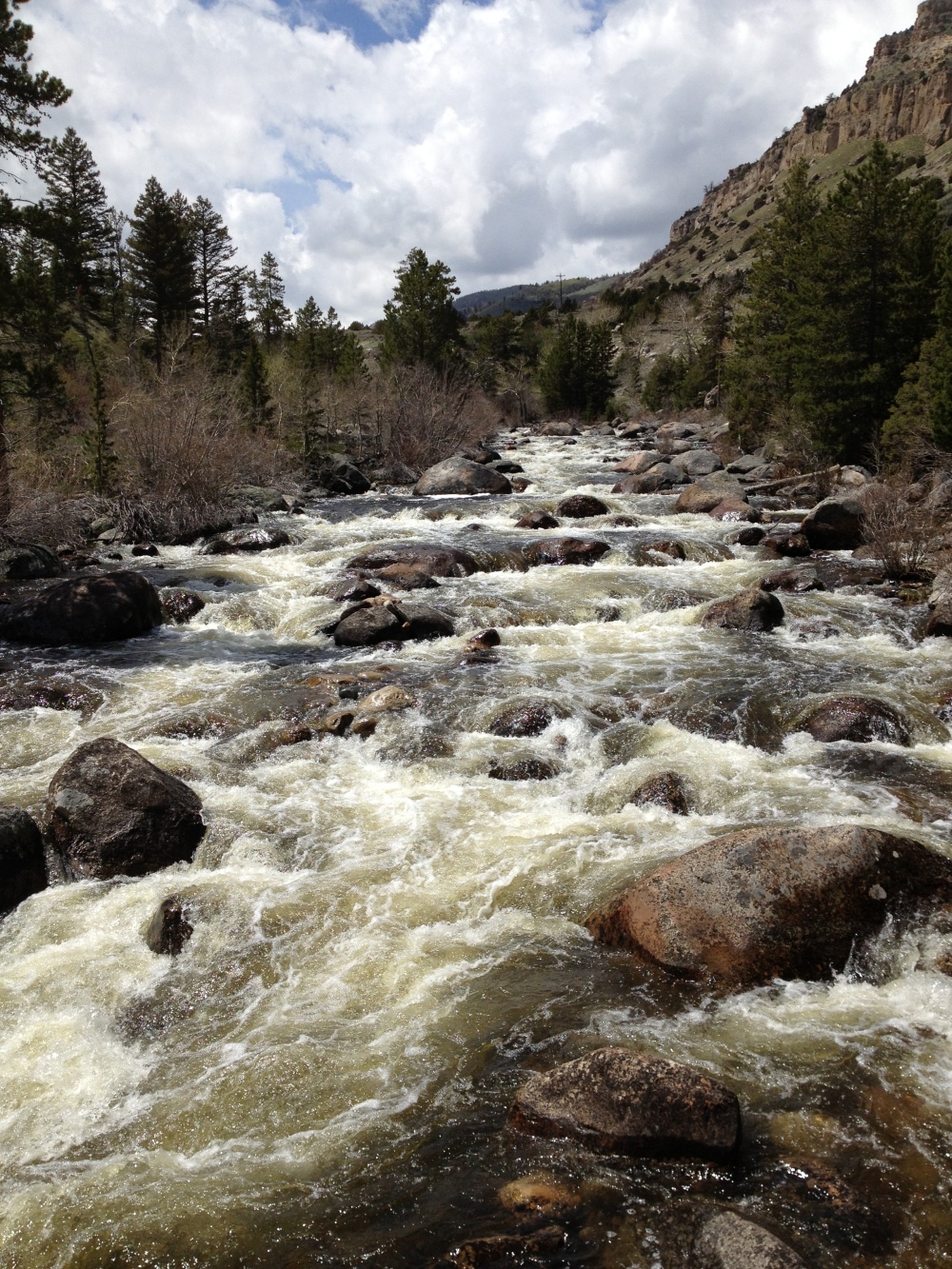 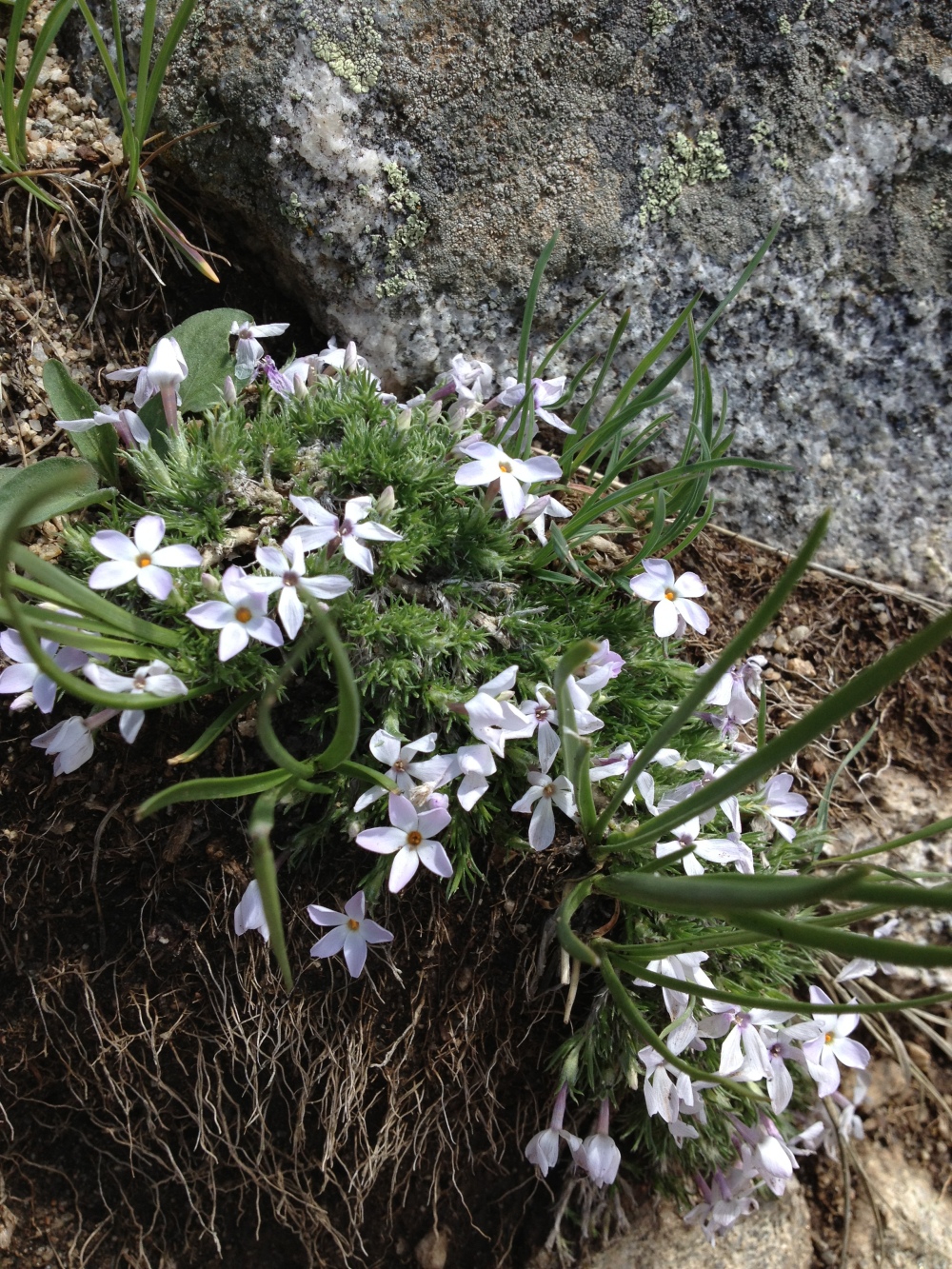 We took a trip to Sinks Canyon State Park where we hiked the Popo Agie Nature Trail. Popo Agie is a Crow Indian word pronounced, “Puh Po-Shuh.” As you can imagine I butchered the name the entire time I was there, and still do to this day. Afterwards, we went to the surrounding Shoshone National Forest where we hiked the Middle Fork Trail. During our hike, we were warned to be on the lookout for predators since there was a moose carcass laying down the hill from the trail. It smelled lovely. The hike to Popo Agie Falls was fun and the views were amazing! 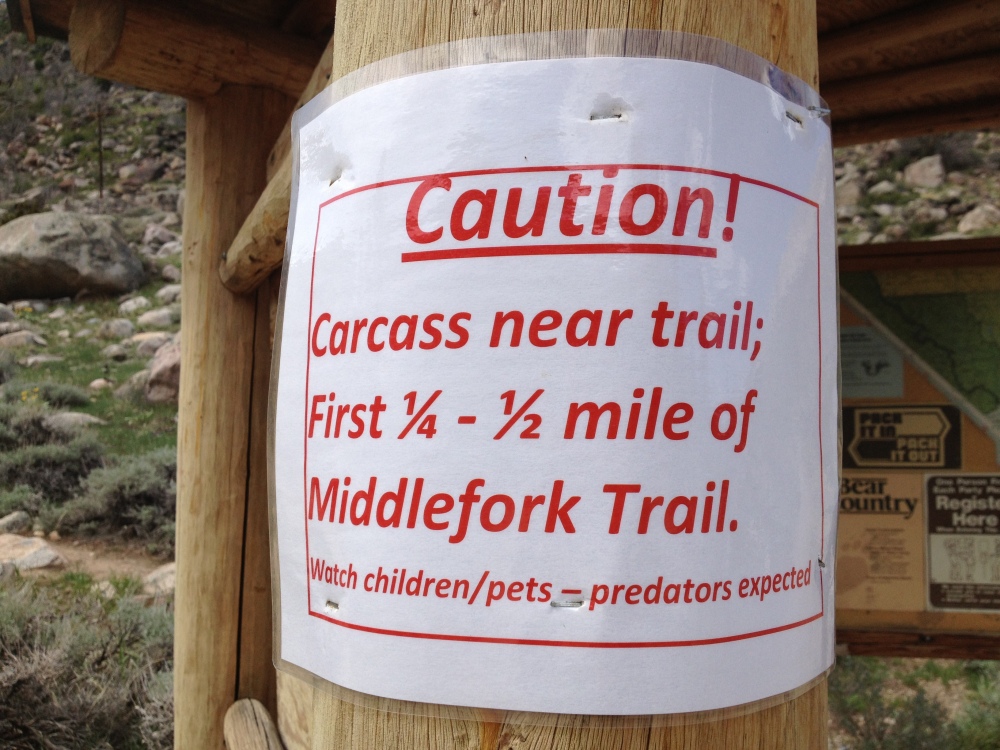 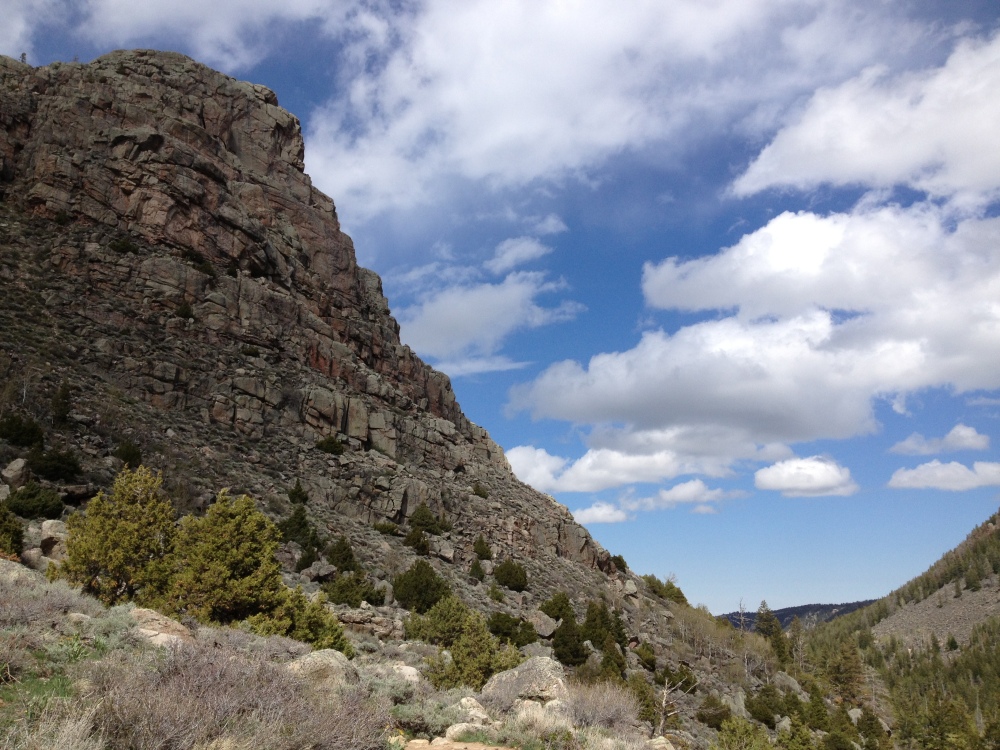 We returned to Lander and stopped at “Wild Iris Mountain Sports” before returning to City Park. A guy working there gave us a map with information on the back on where to go bouldering (indoors and outdoors), where to get showers, do laundry, fill up on water, and so forth. We returned to the park to eat and to do some people watching. I was baffled by a White Trash mohawk dude who appeared to be guarding the bathroom. I wasn’t sure if he was selling drugs or giving handies, but I wasn’t trying to go anywhere near the bathroom to find out. I questioned if the trailer, that looked like a fine place to cook meth, belonged to him.

After scoping out the town for a while, we decided to head to Sinks Canyon to utilize their free camping rather than stay in town. I’m pretty sure I saw the same trailer/meth lab that supposedly belonged to the “Guardian of the Lavatory” from earlier.  We went for a walk and saw a beaver pop up out of nowhere from the river before returning to our home on wheels.

Jump Back to Part 34: Altitude Sickness & The Hobo Pool

Jump Ahead to Part 36: There’s a Jackalope in Dubois