Back in Jackson, we walked to “Cowboy Coffee,” then headed to “Broadway Laundry” to clean some threads. We ate really good Southwest Chicken Sandwiches at a bakery called “Eleaven Foods,” then tossed the disc and rode our bicycles around. After stocking up at “Jackson Whole Grocer,” we retuned to Curtis Canyon.

An old friend of ours, Jolene, who recently moved to Montana, was going to be in town visiting friends in Jackson. She and her friends joined us to hang out for a little bit and watched the sunset. Unfortunately, it was too cloudy to see much of anything that evening. We told her we’d catch up with her in Montana, they headed out, and we returned to our van for the night.

We ate, then headed down the mountain. We spotted several Wyoming Ground Squirrels on the way to Moose, WY. We were finally going to explore Grand Teton National Park. After visiting the Jenny Lake Visitor Center, we hiked Jenny Lake Trail which had great views of the Tetons behind Jenny Lake.

Our next hike was along Hidden Falls Trail which led us to an amazing waterfall and passed by a Yellow-bellied Marmot munching on some vegetation on the way.

We continued along the trail to Inspiration Point for even better views and more marmots. 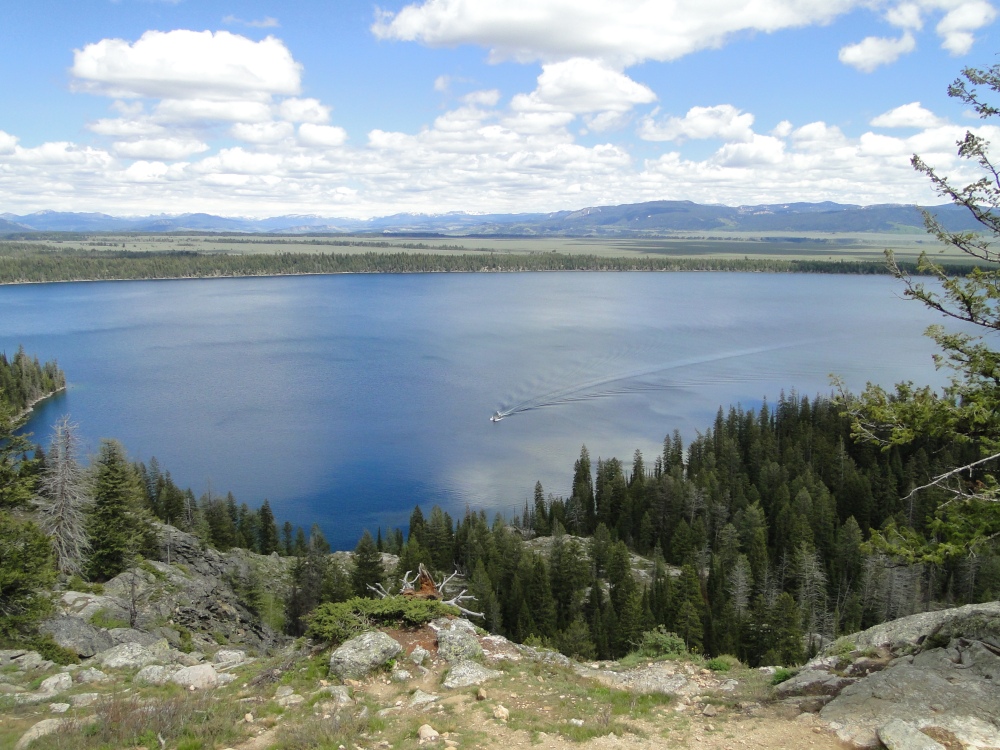 On our way back, some other people on the trail stopped us and told us that you could see a Black Bear in the distance through the trees. It was the first bear either of us had ever seen, so we were excited, even though you could hardly see it. 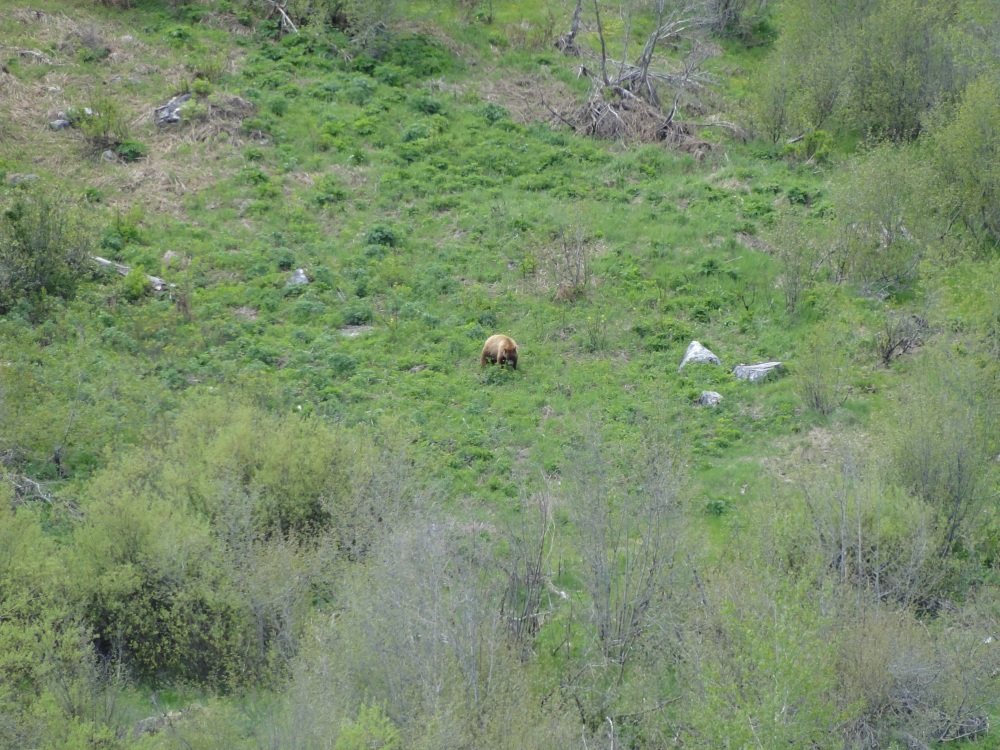 We returned to “Cowboy Coffee” in Jackson for coffee, sandwiches, and WiFi. They had really yummy paninis there. We were surprised by a shoot-out taking place on the street. Fortunately it was all a show! We stuck around for a little bit before migrating back towards the shops. Several people were riding around town in carriages as we made our rounds, then we headed back to Curtis Canyon for the evening.

Many Bighorn Sheep ran out in front of us on the gravel road, so we had an opportunity to see them up close before making our way up the mountain.

Jump Back to Part 38: Another Day at the Rodeo

Jump Ahead to Part 40: Liquor Store Dining & No Potatoes