Hung out with the creatures of the night just before touching Waterton, then tripped out over the #pacificnorthwesttrail all the way to Chief Mountain. That about sums up the end of the #cdt2021 Now it’s time to finally knab that 👑 👑 👑 on the #pct2022 Hammer down!
Round 2 of wild and epic #glaciernationalpark It started to get smoky near the end, but this place was still stunning. 🤩
It’s that time of year! Hiking season is about to begin, and I just realized I never posted any pictures of #glaciernationalpark from last year’s trek. Here’s round one of one of my favorite places. Glacier got #grizzlybear, bighorns, swamp donkeys, and views for days! 😍
After spending a little too long out in the so-called “real world”, it was so damn refreshing to meet up with some of my tribe for a multi-day hike on my home trail. To those CDT tram members who couldn’t make it out, you were truly missed and gossiped about… A LOT! 😂 But I’m hoping some of you cross paths with us on the PCT later this year. Good luck Tapeworm on making it over halfway on the AT. 🔥 Enjoy the north. RIP The Doyle. You will do well I’m certain, but I’ll miss the glorious shitshow you once were. How the trail has changed! 🤯
I did a thing today. Probably won’t do it again. But I also said I wouldn’t run 13.1 miles ever again, sooo… 🤷🏻‍♀️Thanks @trevtrevorwhatever for the support, and super rad to catch up with you @wildturkeytrotsthru Thanks for the hospitality!
9/9/21 - Mission Accomplished! 🤘
Montana! You pretty!
Yet again, Montana brought the hiker friendliness in Augusta, and a sweet sunset too! Once we were able to force ourselves to leave, we were off to “The Bob” and finally got to see the Chinese Wall. We’re officially in the heart of grizzly country, y’all! 🐻
The sweet views continued all the way to Augusta!
Posted on March 26, 2018March 31, 2018 by Stubbs

After checking out of the motel, we paid the town of Bandon one last visit to grab coffee and walk around the shops. I really enjoyed the art they made out of trash that washed up to shore. It was a good statement and showed how much junk makes it into our oceans.

There was a park near town that we visited before leaving, and a birdwatcher with a telescope stopped us there to show us the flock of birds, the “common murre”, located on the rocky islands in the distance. The nature watching didn’t stop there. Once we got by the water, I could see green sea anemones, sea stars, and lots of seals.

The drive from the coast continued to be scenic, and we stopped on the side of the road where we found a waterfall that the locals frequented to fill up our water jugs. The drive got foggy as we approached Pistol River viewpoint where we took one last stroll along Oregon’s coastline. 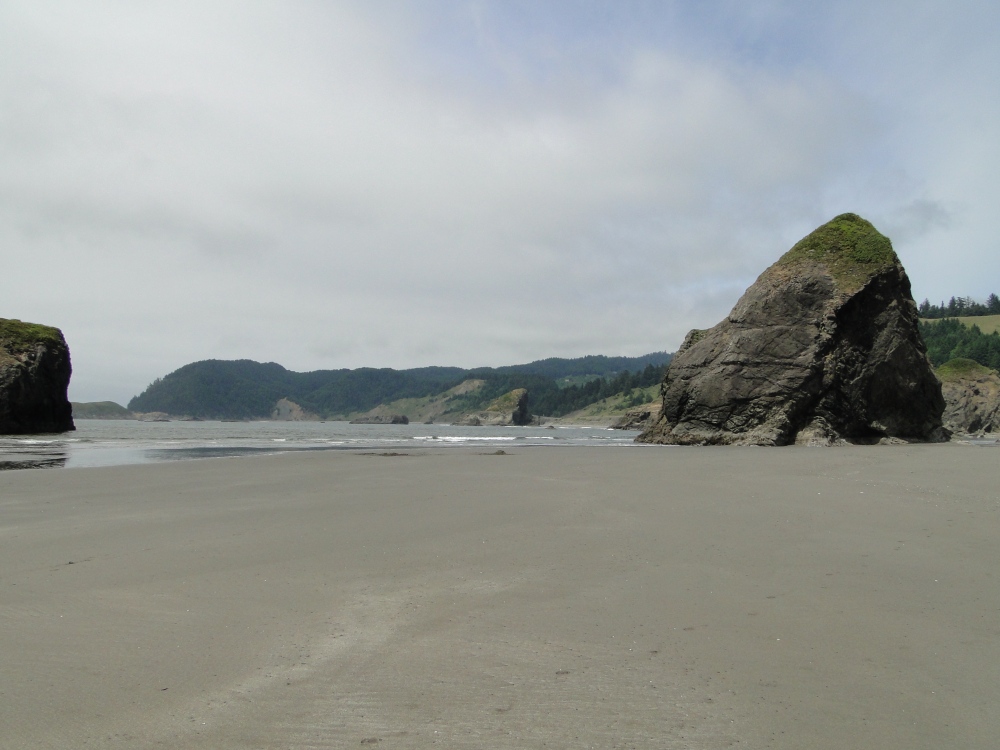 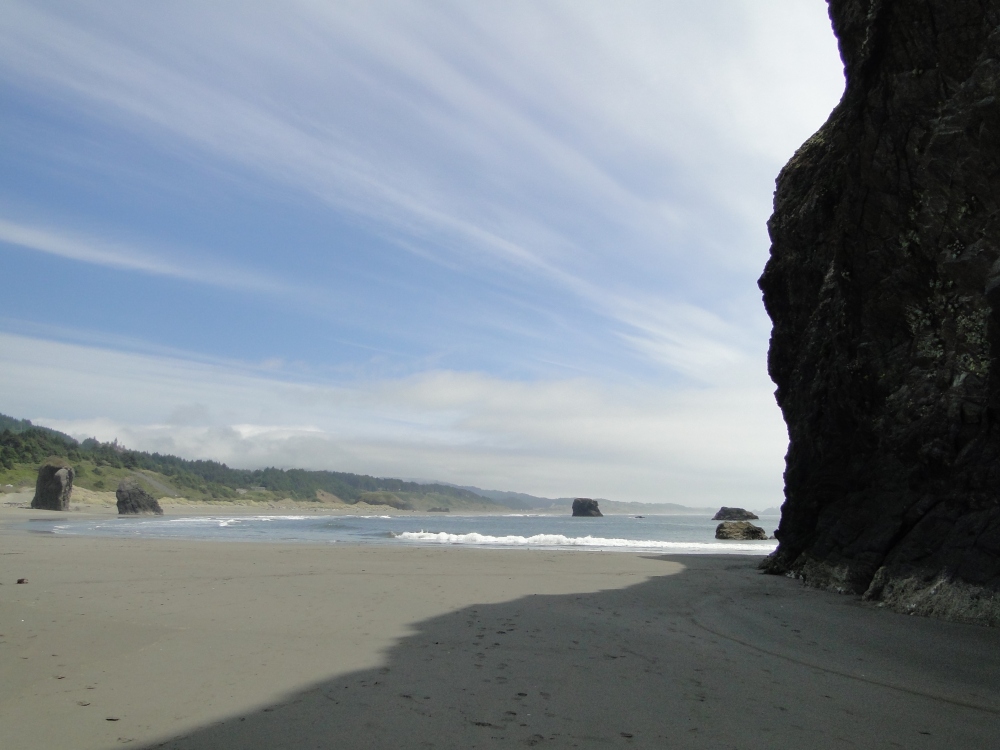 We got gas and vacuumed the inside of van in Brookings, OR, then crossed the state line into California.

Our first stop was Crescent City, CA where everybody around us looked like they’ve had their daily dose of crack. We stopped by a visitor’s center to get maps and information on the redwoods before grabbing a few things at the Safeway nearby. The cashier looked like he was thinking about wearing me as a skin suit and we were sure to lock the doors as we ate and organized the van before leaving the parking lot.

We stopped by Ruby Van Deventer County Park to check out the camping. The sites were too close to the road for our liking, but we got to see our first sightings of Redwoods. We settled on a site at Florence Keller County Park, where we lounged around in the van and planned out tomorrow.

We started our morning off in Jedidiah Smith State Park where we hiked Simpson-Reed Grove Trail and Peterson Memorial Trail. They were some massive trees! 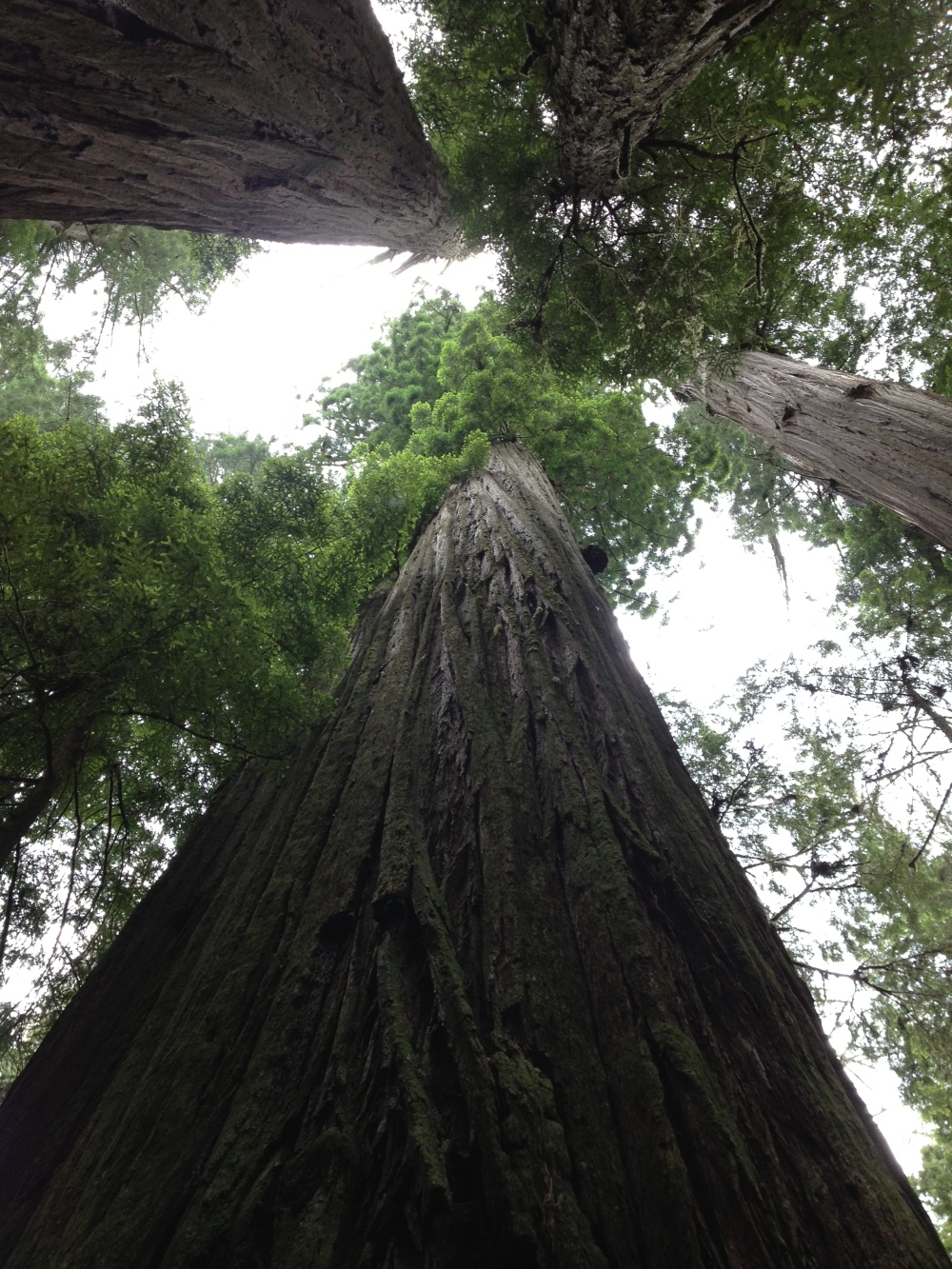 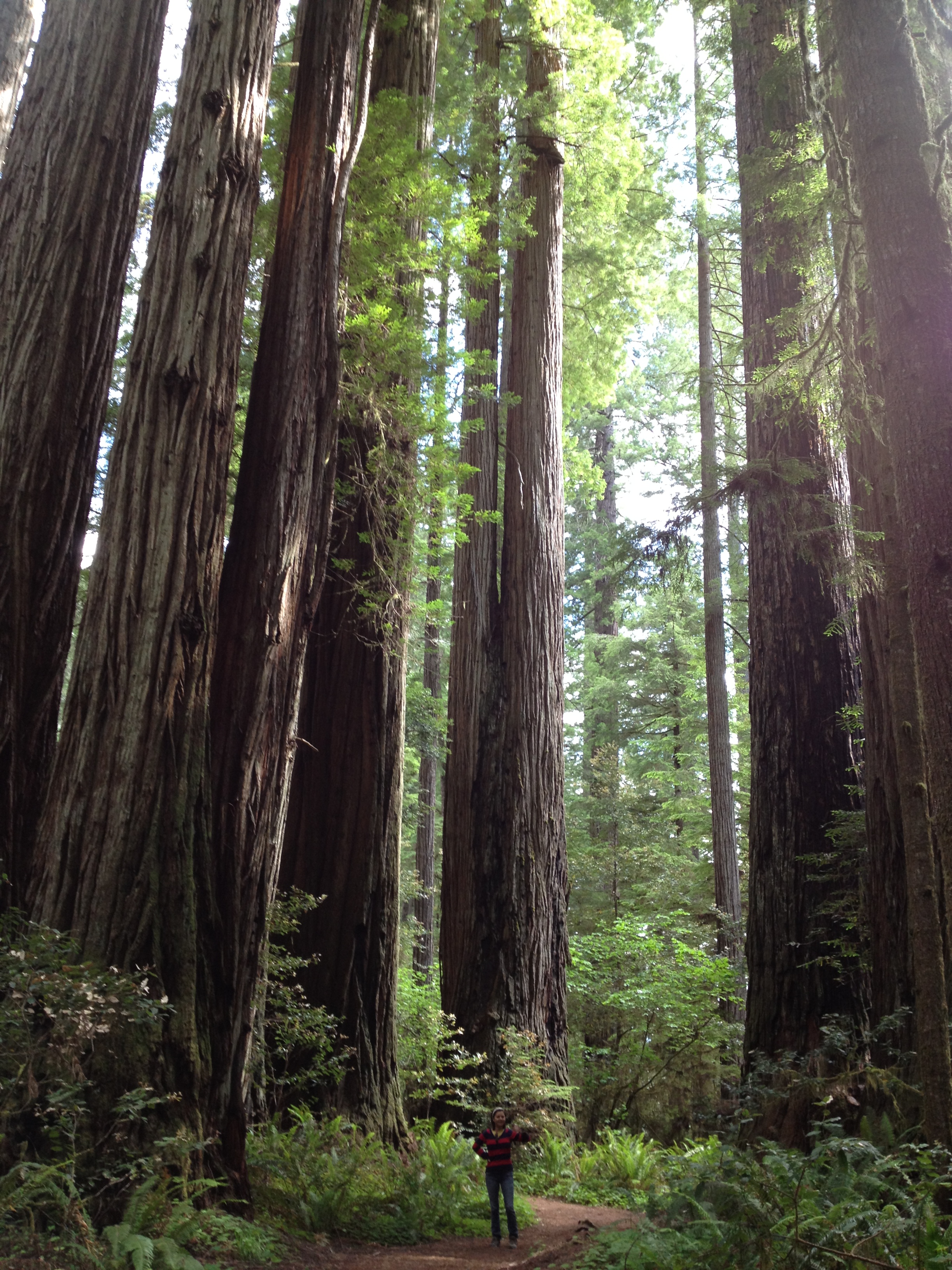 After making some coffee, we drove along the Howland Hill Road Scenic Route which was a bit congested. So we hopped back on US-101 and headed south, passing a crackhead pushing a shopping cart in the middle of nowhere along the highway.

We went to the visitor center at the Prairie Creek Redwoods State Park where an enthusiastic ranger informed us where the Cathedral Tree trailhead was. Among many other huge trees along the trail, we saw the famous “Big Tree”.

The Redwoods were amazing, but once you’ve seen one, you’ve seen them all. The fascination gets a bit flaccid, so we continued on our journey making a brief pit stop in Eureka, CA. There, we got coffee at “Old Town Coffee and Chocolates” and took a stroll along their boardwalk before driving further south along the Avenue of the Giants in Humboldt Redwoods State Park. When no cheap camping was to be found, we continued on the long drive stopping at the Walmart in Yuba City, CA.