The Spanish alarm clock woke me up again first thing in the morning as the immigrants waited to get picked up in the Truckee parking lot. We drove to Kings Beach, CA, another Tahoe town to meet up with another of Trevor’s friends from high school, Lee. We chatted over coffee about travel, local hikes, trail running, and their high school days. We showed her the van before driving out to Tahoe City to eat veggie breakfast burritos at “The Dam Café”.

Our next stop was yet another Tahoe town, South Lake Tahoe, CA where a mutual friend of ours, Amber now lived. We contacted her and met her over at her place which she shared with her boyfriend (now husband), Andy. She took us on a bike ride around town and down to the beach, which we’d later realize was technically our first visit to the state of Nevada. They lived right on the California/Nevada state line. 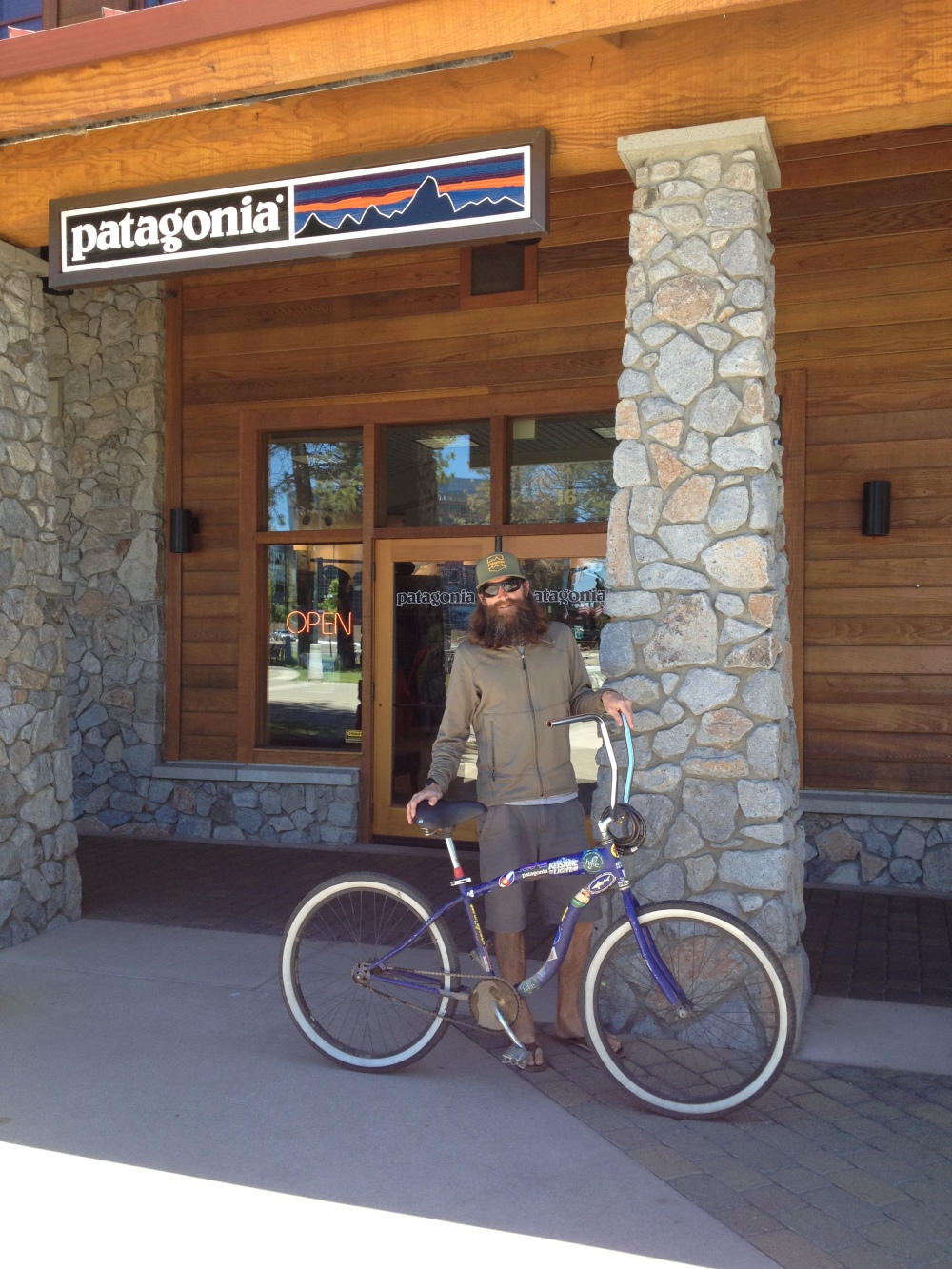 We returned to their place for a little bit, but they had to go to work, so we took a walk down the street to eat dinner at a place recommended by Amber called “Freshies.” The food was so delicious! We got the fish tacos with beans, rice, Pico de Gallo and split an East Indian Spinach Salad. We hung out by her place until Amber got off work, then got a little nostalgic talking about our younger years before crashing in the van.

We got an early start and headed over to Emerald Bay to check out Vikingsholm, a small castle with Scandinavian inspired architecture.

We didn’t want to pay for the tour of the inside of the building, but there were a few hikes available in the surrounding area to enjoy. We first checked out the Lower Eagle Falls but realized we starting hiking on the wrong trail, so we turned around and got on track along Eagle Falls Trail.

It was a 2-mile hike that felt more like a half of a mile, so to feel a little more accomplished, we tacked on a third trail to hike, part of the Rubico Trail.

After working up an appetite, we headed in town to eat at “Sprouts”, a suggestion given by both Lee and Amber, which had some delicious sandwiches and refreshing juices. They got us hooked on carrot/apple/spinach juice, a blend we’ve made at home on numerous occasions since. We wandered around some shops before returning to Amber and Andy’s.

Amber was still at work, but we hung out with Andy for a while before realizing our van battery was dead after accidentally leaving on our headlights. Unfortunately, no one had jumper cables and Andy had to head to work, but he suggested where we could buy cables and to stop by his work later on. We wandered all over town on foot trying to find jumper cables with no luck since most of the businesses were closed for the day. I made one last effort by checking the 7-11 even though Trevor was doubtful. Success! We had a boat battery handy which we used to jump start the van, then went to “Blue Dog Gourmet Pizza” to visit Andy.

He hooked us up with a veggie pizza and some Portuguese hot sauce to top it off with. The three of us all share a healthy obsession with hot sauces and he even gave us one of his favorites for the road, “Gringo Bandito,” which was super flavorful. It was made by Dexter Holland, the lead singer of the band “The Offspring” (I applaud you, Sir). It was phenomenal and was just in time since we were running low on hot sauce. Speaking of “heat,” we watched the Heat beat the Spurs in their last championship game, then headed back to the house planning to hang out with Amber before bed. Since she was still at work and we were exhausted from all the hiking (and eating), we called it an early night.

Jump Ahead to Part 55: Chili, Lilly & Dancing With The Stars