A little sleep deprived, I was feeling foggy as we drove by a “Bunny Ranch” (aka. hooker haven), and a car lifted up in the air by long spider legs on the side of the road as we headed to a “functioning ghost town” called Virginia City, NV. 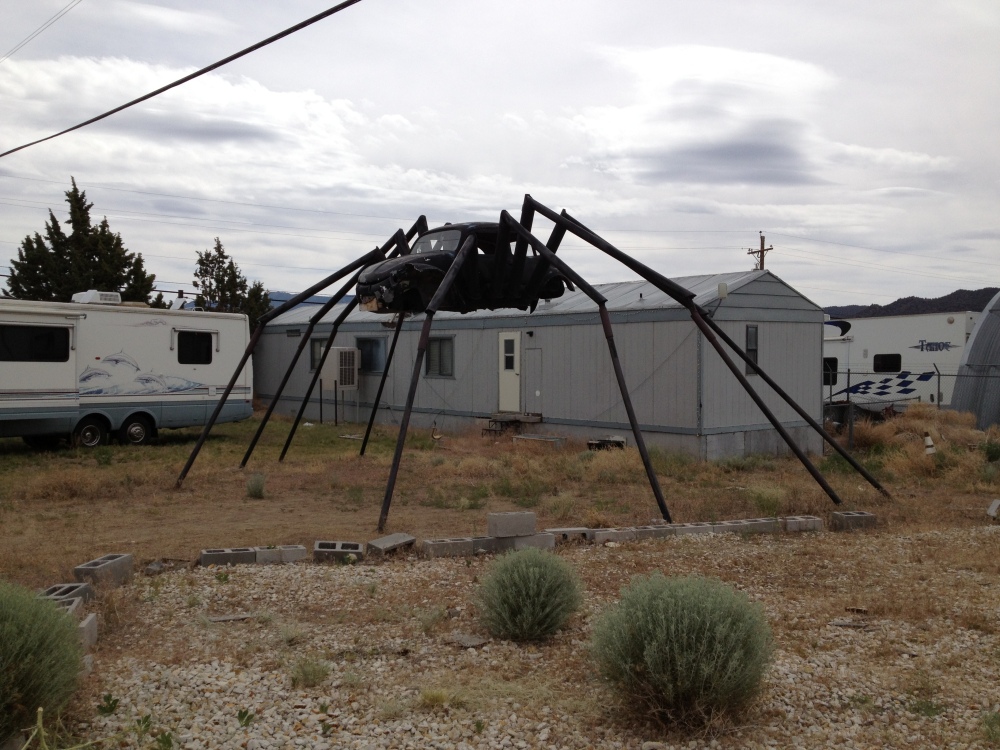 Virginia City used to be the richest city in the world around the mid to late-1800s due to its silver and gold mining. Famous author Mark Twain once resided here. 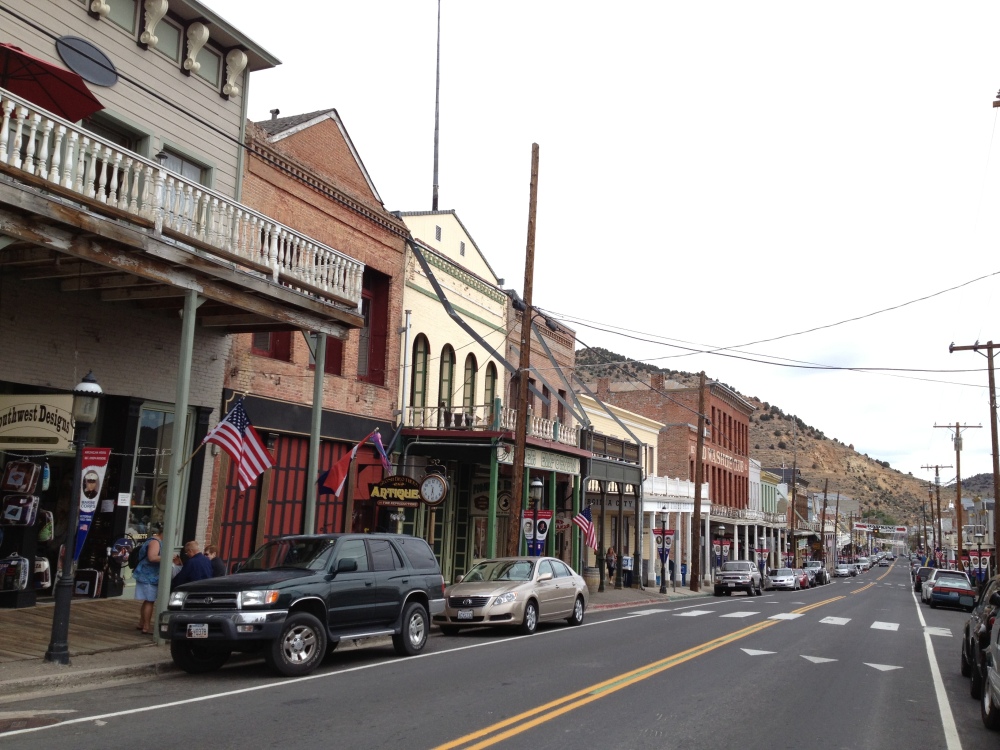 There were a lot of buildings straight out of the Wild West that we got to walk around and we got to check out the cursed “Suicide Table” in one of the game rooms. It is rumored that the three previous owners of the table all committed suicide due to heavy loses. 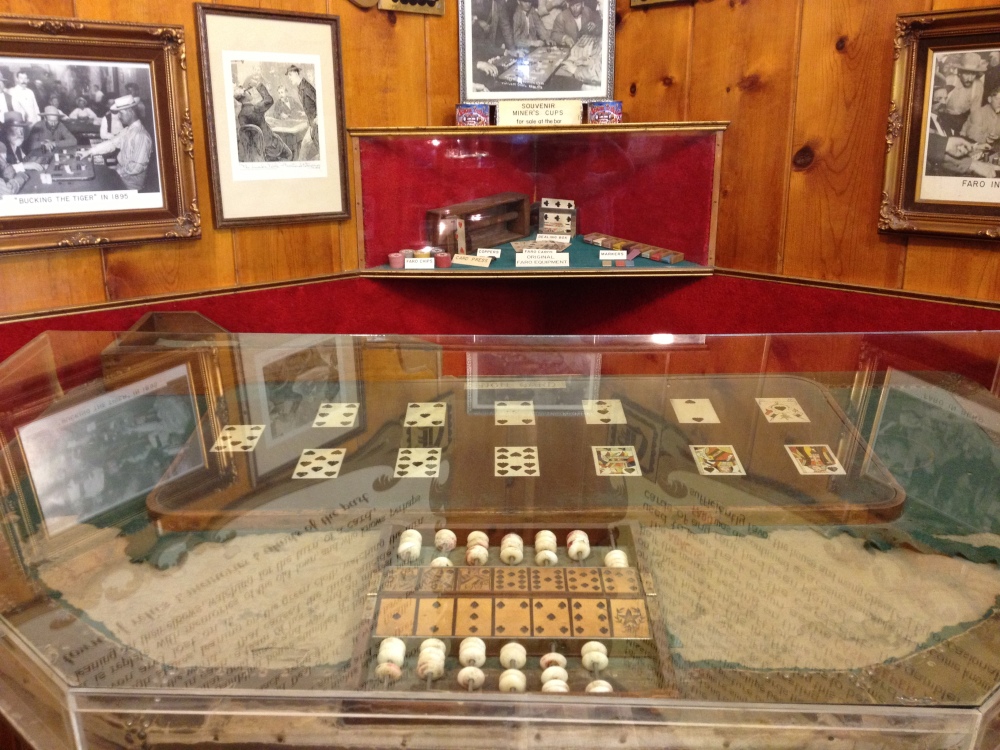 We returned to Carson City to fuel up before hitting the highway via US-395. The road took us along the very scenic Sierra Nevada mountain range right back into California where we found the affordable West Walker Motel in Walker, CA. We were due to charge our batteries and shower off. After unloading the van, we walked across the street to eat at Mountain View BBQ. As we enjoyed our food, we watched all the bikers out front who were stopping to eat while passing through the scenic route.

We returned to the room to relax and watched Nick Wallenda tight rope across the Grand Canyon on live TV as he thanked and prayed to Jesus/Lord/Christ/God repeatedly for 20 minutes straight. His prayers were answered as he didn’t end up plummeting to his death. I had some serious sunburn on my scalp which had me a bit worried. I don’t seem to pick up on the heat so much when there’s none of that east coast humidity involved.

After loading up the van, we headed back across the street to get a big breakfast of eggs, toast, and home fries at “Mountain View BBQ”, splitting an order of French Toast and Pancakes between the two of us. We were moved from one table to another, since the two guys next to us were completely wasted first thing in the morning, and the waitress felt bad.

We took US-395 South to Route 270 East where the paved road turned to dirt as we approached Bodie, CA. We hoped the van wouldn’t rattle into a million pieces as we entered the huge ghost town.

Bodie was very cool to walk around, but we were bummed that we couldn’t check out the mill unless we scheduled a tour. The other old buildings and cars frozen in decay were still very neat to explore. 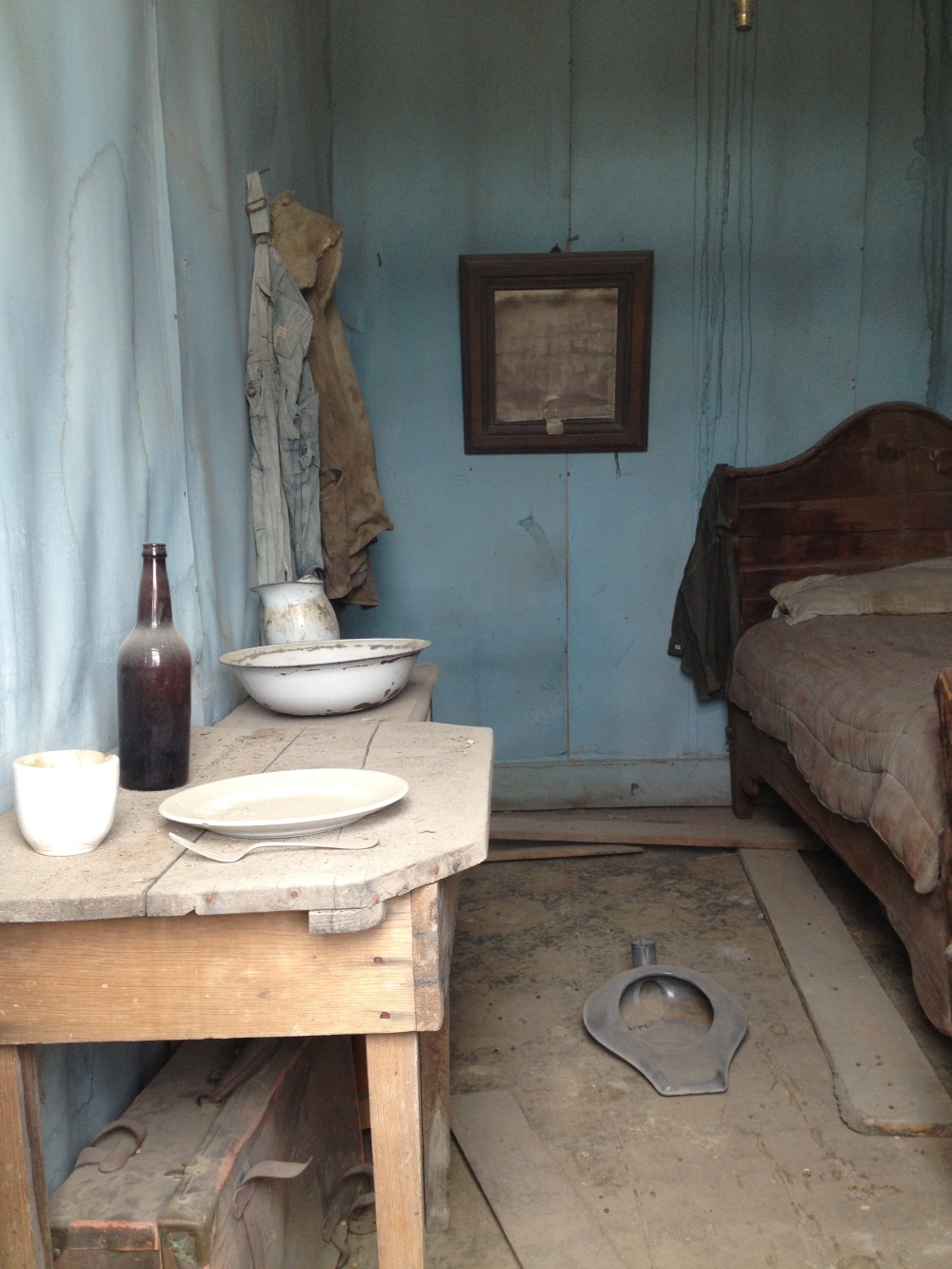 We took US-395 out through the Sierra Nevadas and got more scenery as we caught a glimpse of Mono Lake.

We grabbed gas before passing through Inyo National Forest along Route 120 into Yosemite National Park. Due to the foggy conditions, we didn’t get to see much as we passed through Tuolumne Meadows and to the campground reservation station. Unfortunately, the sites for Yosemite Valley camping were all booked 6 months in advance, but the campgrounds further away had openings.

We stopped at a visitor center before checking out the campgrounds, settling on White Wolf Campground. Although there were many warnings not to leave food in your car, we decided to do so anyway (we’re dumb rebellious like that). The bears at Yosemite are notorious for breaking into cars, and some have even evolved from busting out windows to skillfully opening car doors.

As we strolled around the campground, a lady camping nearby with her mother, three children, and two dogs, asked if we would help her move their picnic table. After doing so, we chatted with her a bit and she mentioned they had a bear sighting overnight and pointed at some scratch marks on a tree next to their site. She lent us an air horn since the horn in our van was broken. It was missing a fuse. We decided not to take her story with a grain of salt and unloaded all scented items from our van into the bear locker. It took us a while to move everything, but it sure beats a shattered window!

Jump Back to Part 55: Chili, Lilly & Dancing With The Stars