We slept in since the batteries for the van still needed to be charged. I’m seriously considering solar power! We loaded up the van and got back on I-80 East. It was cool to see pronghorn and magpies again. We stopped in Rock Springs, WY for gas, then took US-191 North to Route 28 East through the Shoshone National Forest where we saw a family of badgers dodge traffic as they crossed the highway. 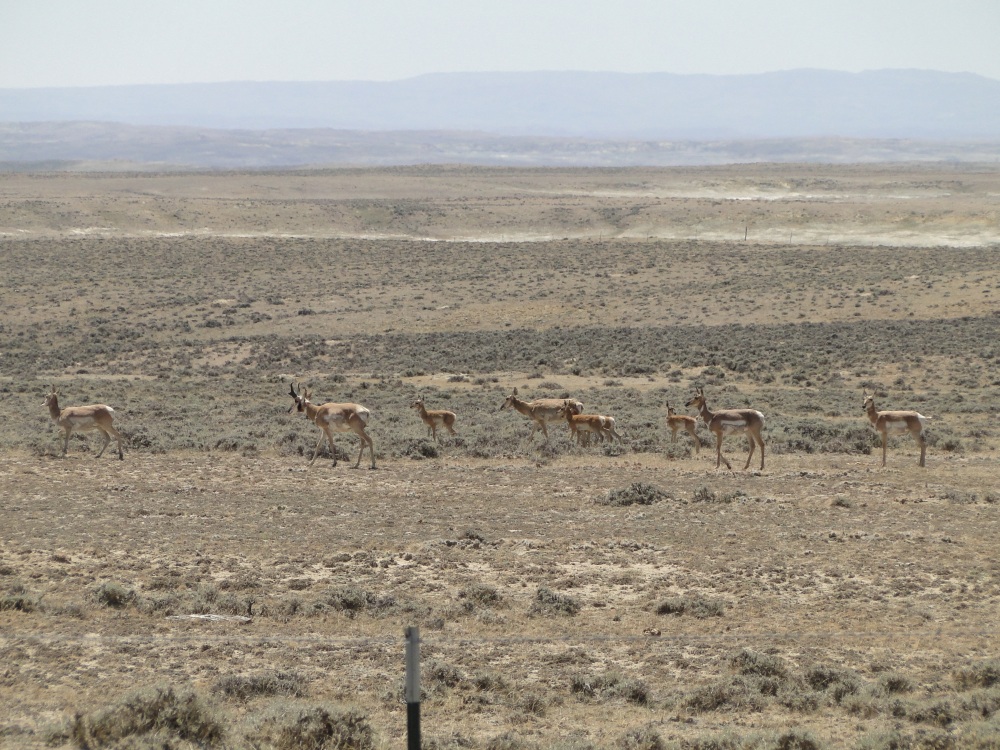 We eventually made our way back to Lander, WY, but were sad to hear that we missed the Climbers Festival by one day. It would have been nice to be around for that event, but what can you do?

We grabbed coffee and food at one of our favorite places, “Old Town Coffee.” In our opinion, “Old Town Coffee” in Lander, WY and “Coffeebar” in Truckee, CA are probably the best all-around coffee establishments that we’ve experienced in our whole US tour in terms of coffee, food, atmosphere, and friendliness of employees. After eating, we drove to the park to toss the Frisbee and enjoyed the live orchestra performing a summer concert.

We got our last dose of “Old Town Coffee” before leaving Lander via Hwy 789 North to US-20-26 East where we drove through Hiland (Population: 10), then stopped at the Waltman, WY rest stop. There were a whole lot of pronghorn antelope running around and we checked out the rock formations called ‘Hell’s Half Acre.’ 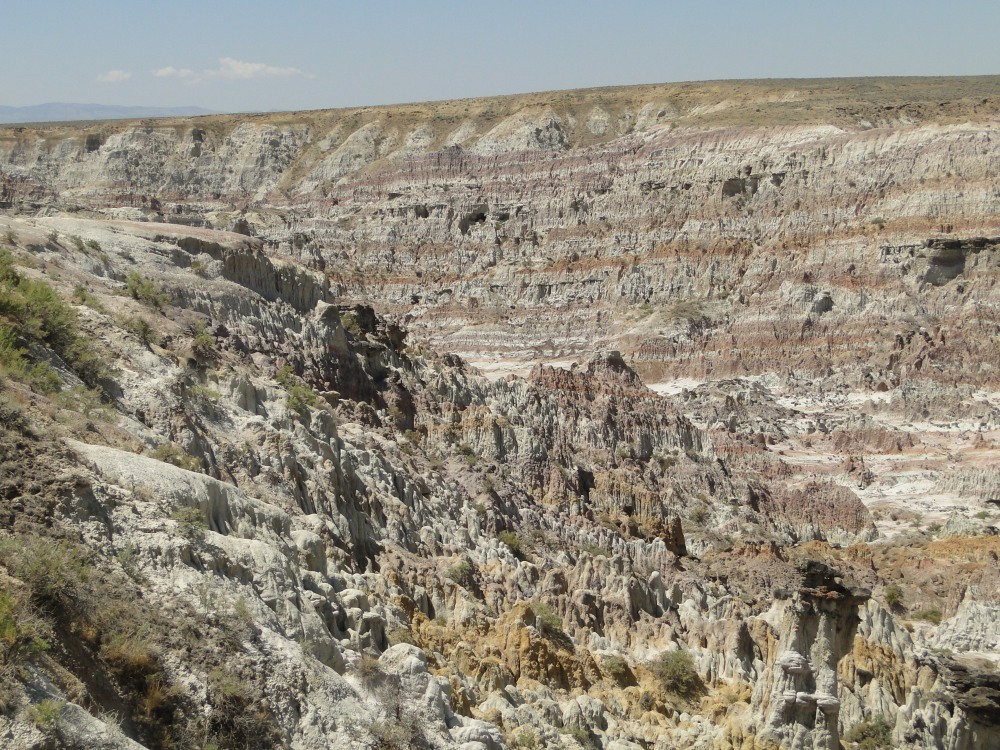 We took I-25 North while enjoying some NPR news broadcasts on the radio, and only stopped briefly to eat a sandwich and grab gas before taking I-90 East to Gillette, WY. We found a Walmart to park at for the night, and the evening ended up being super uneventful.

It was the noisiest Walmart we’ve ever stopped at and so we didn’t sleep too well. We made coffee and hit the road. I was super tired, but was woken up when a puddle of water that had collected on the roof spilled over into the open window, and all of over me. I reacted by yelling, which ended up scaring the crap out of Trevor. We were both wide awake now.

While traveling along I-90, we missed our exit and ended up taking the longer route to Devil’s Tower National Monument from Sundance, WY via US-14 West to Route 24. We were able to see Devil’s Tower in the distance as we approached.

Devils Tower, or “Mateo Tepee” to the Plains Indian tribes, has several legends behind it. One of them is about seven girls who were chased to small rock by bears. They prayed for safety and the rock ascended into the sky as the bears clawed at the sides of it, causing the furrowed columns. The rock rose so high up in the sky, that the girls were transformed into The Pleiades constellation. 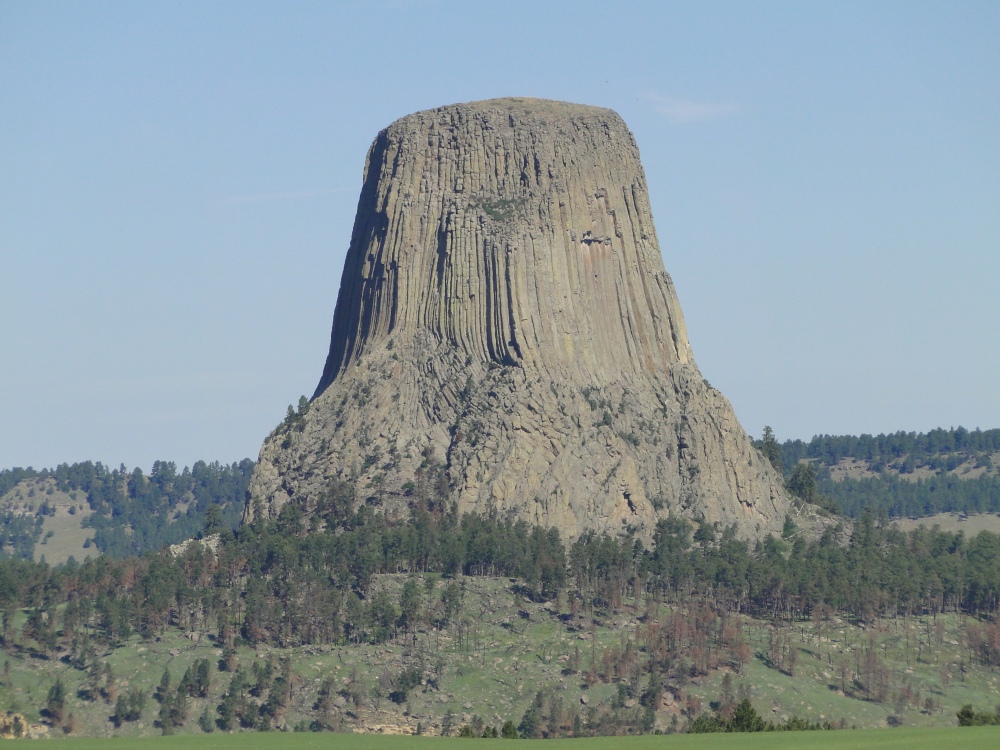 Once we got there, we checked out the visitor’s center and saw rock climbers high up above on the monument. There wasn’t much to it all, so we watched the prairie dogs for a minute before pushing on until we reached South Dakota. 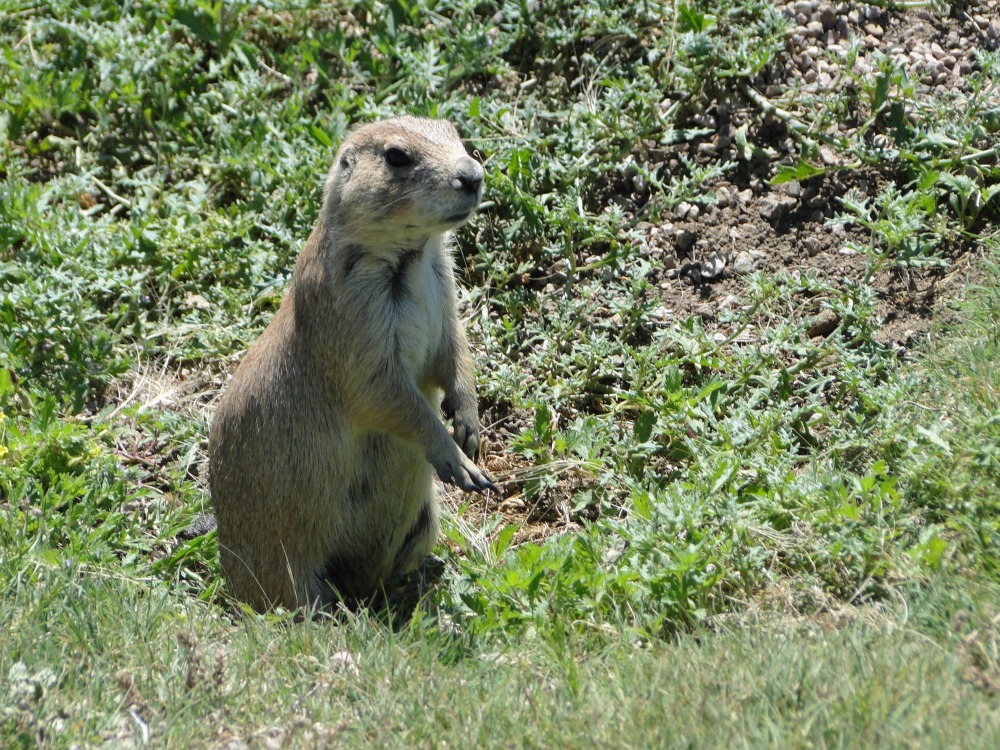 We got some information at the visitor center in Spearfish, SD before taking US-14A East along Spearfish Canyon National Scenic Byway through the Black Hills National Forest. We checked out Bridal Veil Falls, but weren’t too impressed. I think we’ve become a bit indifferent during this trip. Little impresses you after seeing some of the most scenic views in the country. We were going to hike the trail to Spearfish Falls, but a swarm of bees obstructed the trail, so we decided to drive on through Deadwood to Sturgis, SD.

Sturgis seemed like an awesome place to party, so there’s no wonder why bikers pilgrimage to it every year. Unfortunately for us, little goes on when the motorcycle rally isn’t taking place, so we returned to Deadwood, SD. 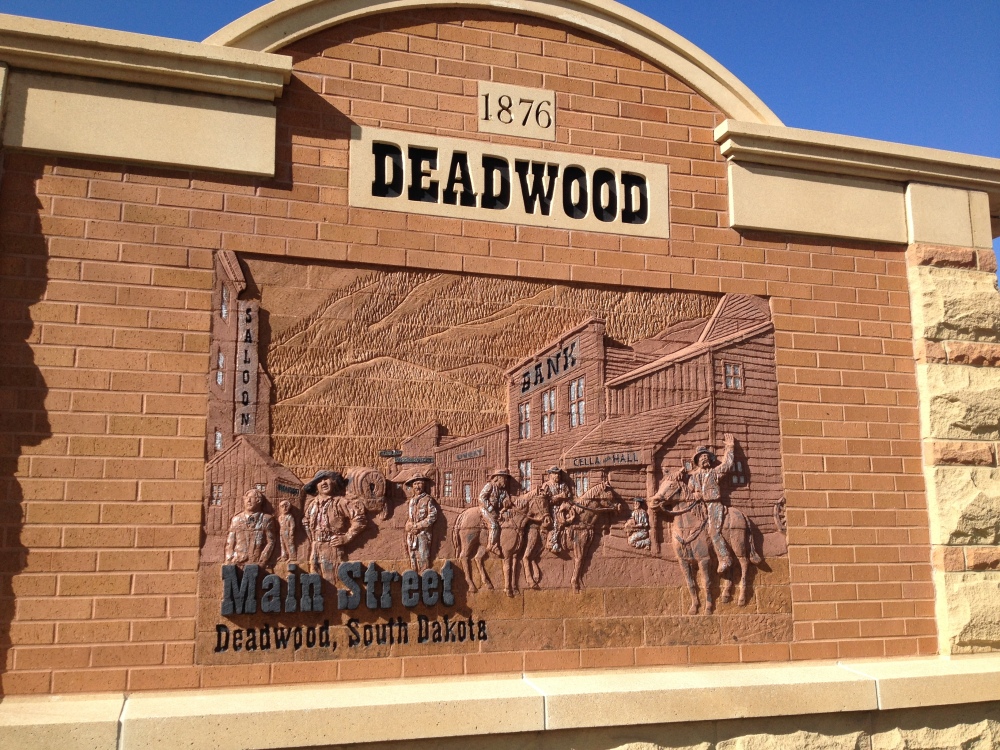 We walked in on a staged shoot out, Wild West-style, as we wandered passed the casinos and browsed through all the shops. 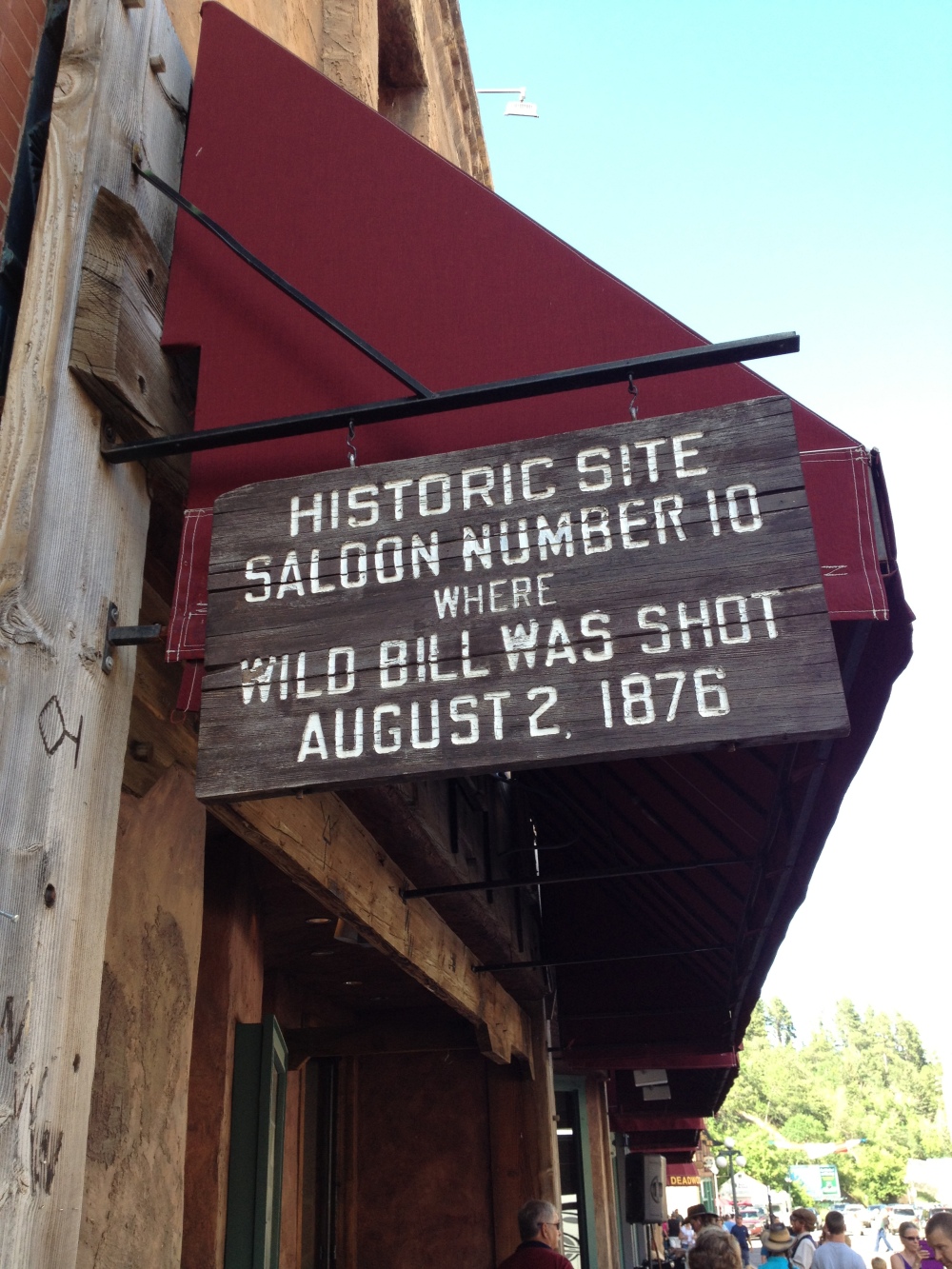 Once we got our fill, we headed out towards Rapid City, SD where we killed some time in the Rushmore Mall, and grabbed some Chinese food at the food court.

We located a Walmart and as we approached the entrance, a teen called Trevor a “Rasta” which had us both laughing with confusion since he didn’t look or dress Rastafarian in any way. We were in need of clean clothes, so we headed to the laundromat where children kept playing with Trevor’s hair. He wasn’t too keen on that.