We woke up to find that The Mystery Machine had parked right next to us.

It was chilly and rainy, so we busted out our cold weather gear and returned to Duluth to walk around. We ate breakfast at the “Original Coney Island” then got coffee at “Duluth Coffee Company.” Once we got our fill of caffeine and calories, we took the scenic Route 61 North along the north shore of Lake Superior to head to Grand Marais, MN to visit another of Trevor’s friends from high school, Melissa. There was still overcast, but the scenery improved as we headed further up north. 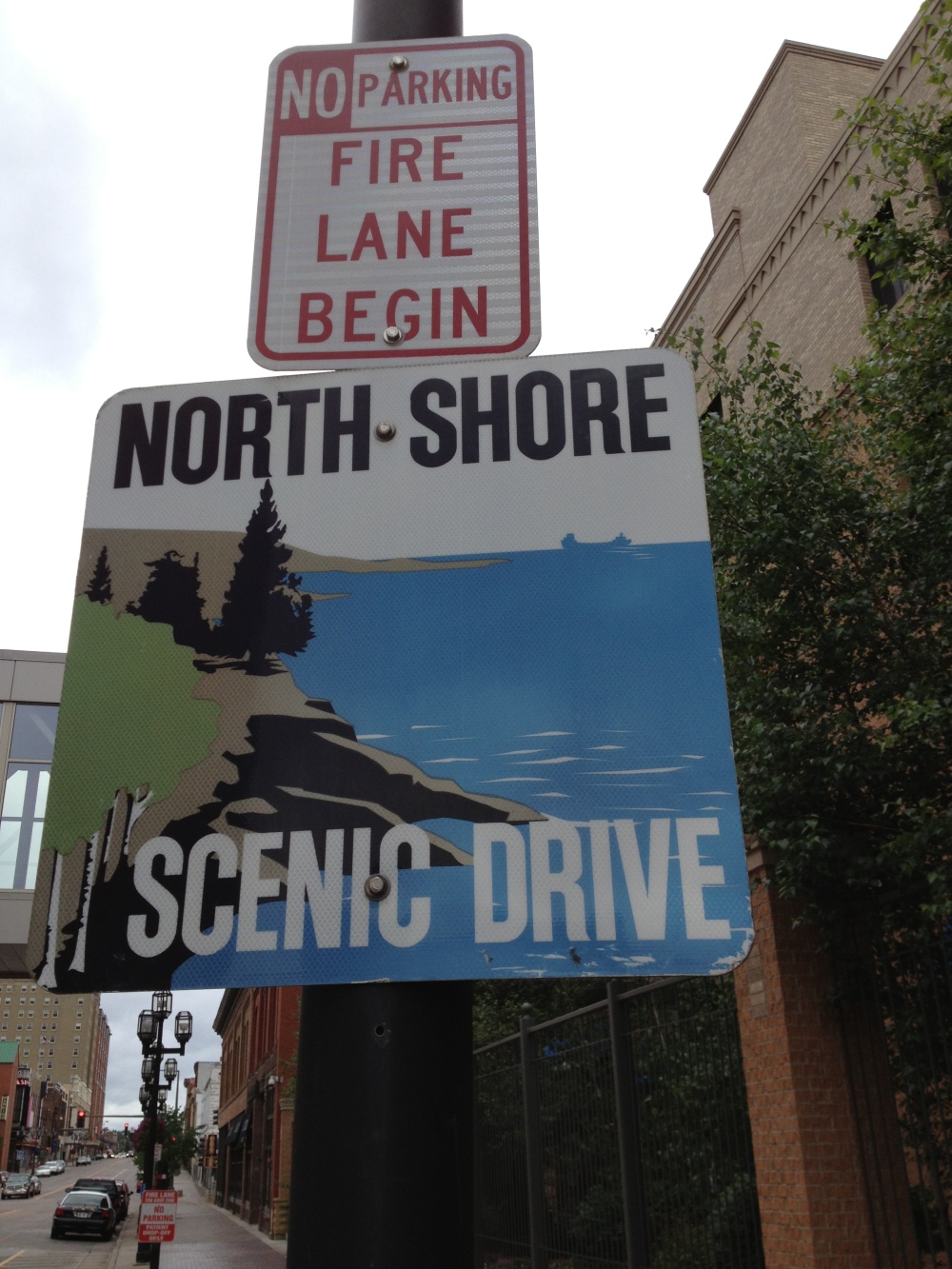 As we approached Grand Marais, we were listening to the radio as they were covering the dragon boat race occurring there, and arrived just as the boats were crossing the finish line! We were so distracted by the race that we didn’t realize we had missed our turn, so we turned around and searched for Melissa’s house. We ended up at the wrong house at first, and found ourselves knocking on the neighbor’s door by accident before they waved us down across the street.

Melissa, her husband Gene, and son Ray took us in town and we walked up to the beach which had pebbles instead of sand, and people were posted everywhere painting the landscape. 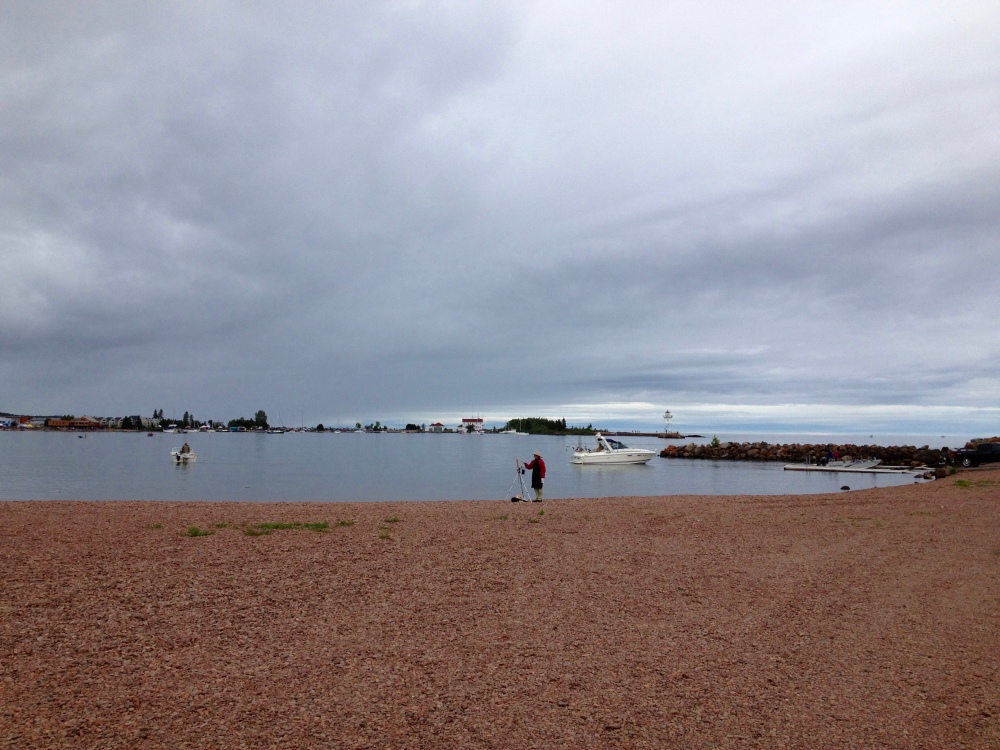 I felt inspired to create something after she took us to the “North House Folk School” where there were several projects in the works. Some people were building canoes and a man who went by the name, “Flint Eastwood” was making tools out of stone.

We walked through the fish market, skipped some stone across the lake, checked out the colorful dragon boats that had several boaters celebrating nearby, then we took a short hike around Artist’s Point. It was very pretty!

Gene had the boat ready by then and took us out on the lake to troll for fish and take in the scenery. They pointed out a waterfall as we passed it, and there were loons and ducks floating around nearby.

It was getting chilly and late, and we had no luck with the fish, so we headed back to their house to thaw out, watch a little TV, then had a delicious meal of fried salmon and walleye, salad, and local wild rice. Trevor and I did the dishes then Gene, who worked for the forest service, showed us a wilderness map. We spent a little time catching up with Melissa before hitting the hay.

Melissa made us a big breakfast of homemade blueberry and strawberry pancakes, sausages, oranges, and venison jerky before they took us to Grand Portage, MN. We checked out the heritage center before walking around Grand Portage National Monument. 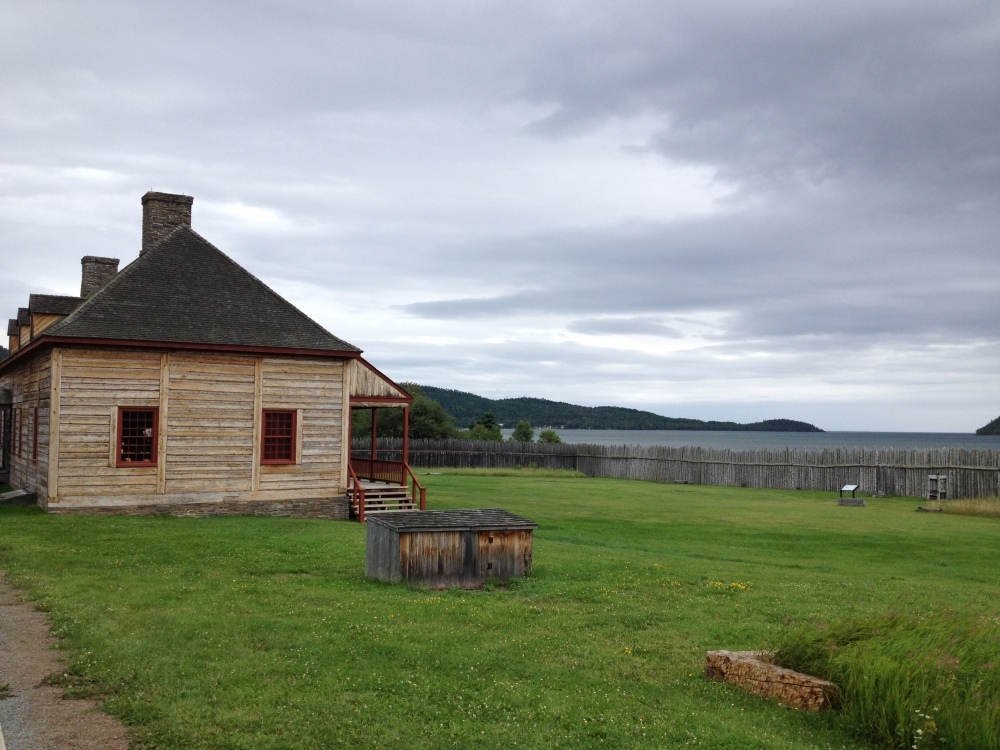 Then we moseyed around the teepees and old buildings which were restored to look like it did during the North American fur trade days. 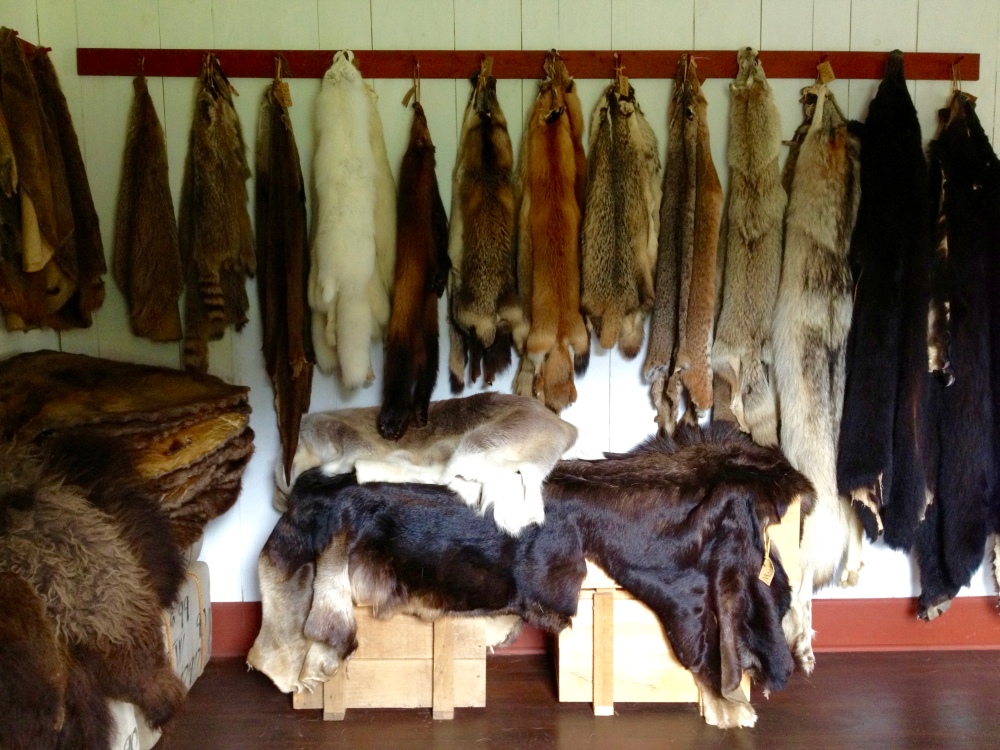 There were also nice views of Grand Portage Bay and Island, and we wandered around the back of the fence to hang our feet off the pier into Lake Superior.

Next, they took us to a few scenic overlooks before we made it to Grand Portage State Park.

We took the short hike to High Falls where the Pigeon River serves as the US/Canadian border line.

Then, Gene drove us along some forest roads in search of a moose. We had no luck, but they still showed us a good time!

It was time to move on, so we made our way back south along Route 61, stopping in Twin Harbors, MN to eat at “Betty’s Pies,” a recommendation given by our friend, Mark from Minnesota. We got veggie pasties, pronounced “pass-tees”. Not to be confused with the nipple covers burlesque dancers use (Get your mind out of the gutter)! We also split a slice of 5-layer chocolate cream pie and peach-raspberry double crusted pie.

I became a little obsessed with Minnesota wild rice after eating it at Melissa’s, so we had to stop by the gas station on our way out since they were selling some. We still harass her into bringing us more when she returns to Maryland. A consumer note from a local: always get the light brown rice, not the black! After stocking up, we grabbed coffee in Duluth before returning to the Hermantown Walmart.

Jump Ahead to Part 75: Getting Cheesy in Green Bay