It was a frigid night so we slept in until the sun was starting to shine on our camp site. We started hiking around 9 am and passed the Robinson Branch Falls before taking a quick break at Big Shoals campsite.

Big Shoals is Florida’s only Class III rapids and was a few steps away from the site.

Shortly after our break, we met NOBOs, Hawkeye and Pearl who gave us some positive news about the miles ahead.

Then we ended up getting our feet wet, which I’ve gotten fairly used to by now. However the water was freezing cold which made it a little less pleasant than usual. It was like submerging your legs and feet in ice water.

A road walk followed and we saw a group of wild turkeys in the field beside us which were startled, and ran off when we started talking to them.

Next we entered Osceola National Forest which is Florida’s smallest National Forest. Every time we’d hit a dry patch, a soggy section followed as the trail snaked around long leaf pines. 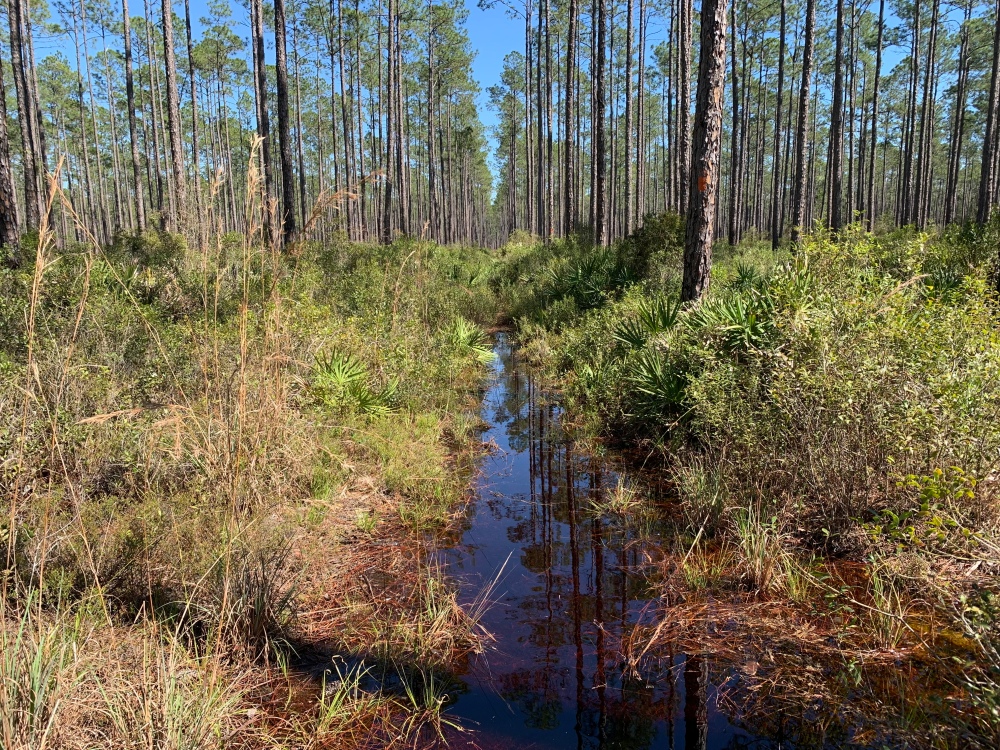 When we were about to cross a forest road, we found tape blocking the section of trail we just traveled through, but no notice on why.

When we crossed that same forest road, we saw a car parked directly on the trail, blocking it. It was one of the “residential” campers we had read about. As we stood there, baffled, the driver started driving in reverse, coming within inches of striking a tree.

We’d go around his car and would hike more flooded trail before running into a NOBO named Master Key. We were all in a hurry to get where we were going, but we quickly asked him how the trail was looking up ahead. “Wet,” he said. And wet it was.

We grabbed water from the spigot at West Tower Camp before entering a burn zone. A very soggy burn zone. 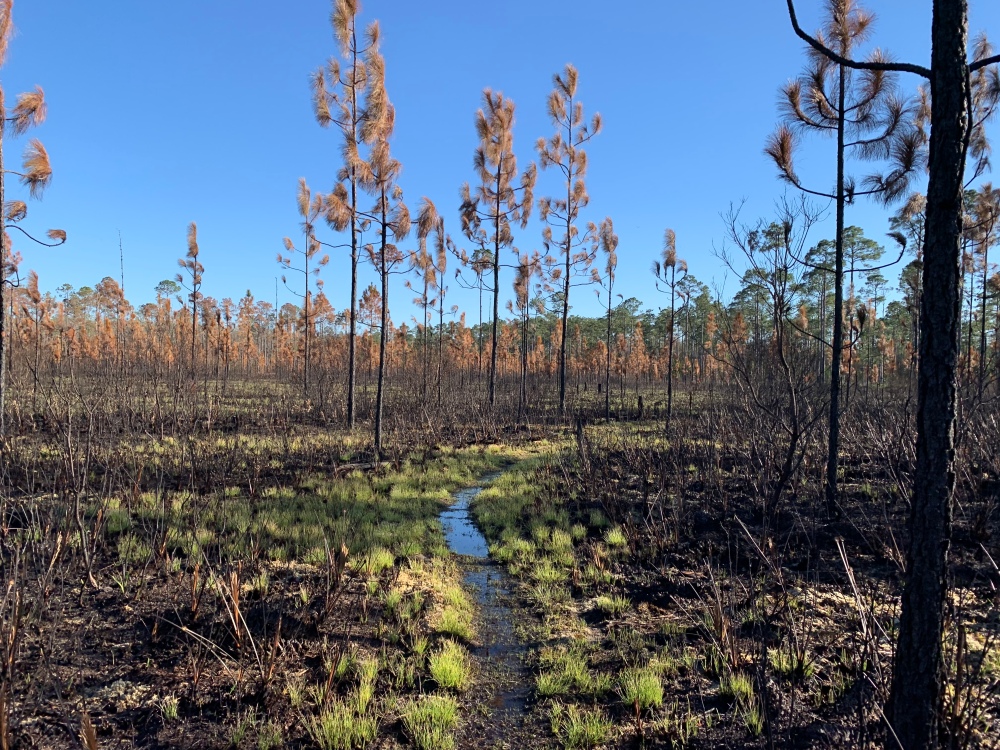 Eventually we arrived at Osceola Shelter, the oldest one on the Florida Trail. Like the one we stayed at before, it was more of a pavilion, and we didn’t sleep in it since there were a whole lot of mosquitoes out.

After pitching our tent, we started a small fire to keep most of the bugs away while we ate dinner, then bundled up in our sleeping bags for the night.

Jump Ahead to The Florida Trail: Chapter 30

Jump Back to The Florida Trail: Chapter 28

5 thoughts on “The Florida Trail: Chapter 29”