We returned from the killing fields to visit the “Tuol Sleng Genocide Museum,” formerly known as “S-21”. 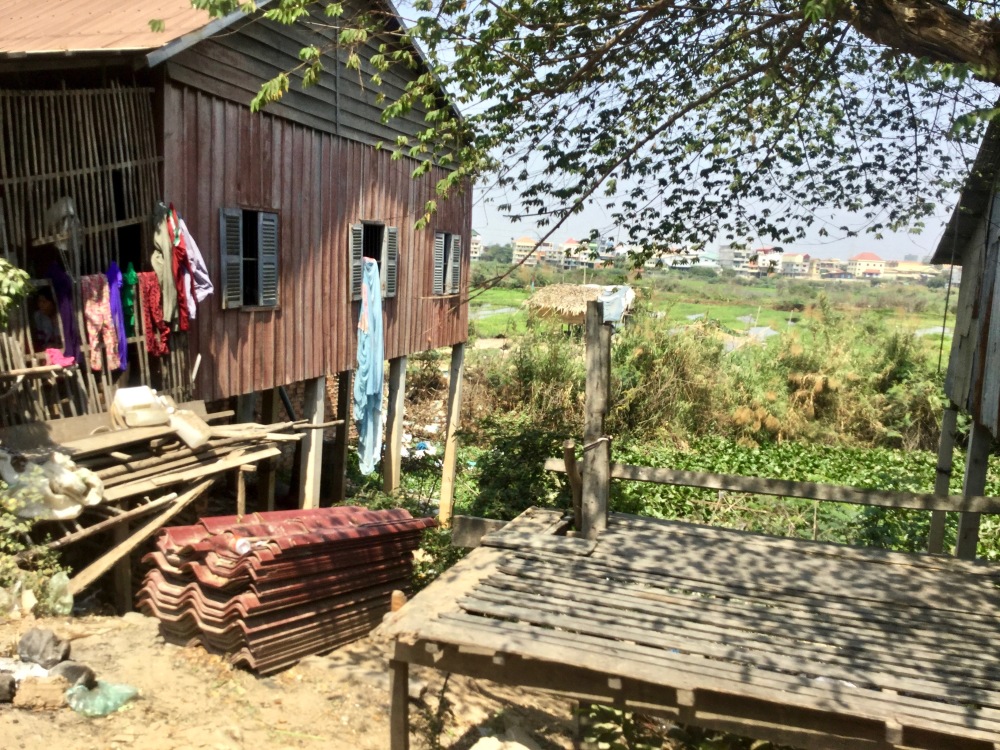 It was a school for children before it was modified into a prison, which was its purpose between April 17th, 1975 and January 7th, 1979 during the Khmer Rouge’s reign.

There were 14 anonymous deceased victims found there during its closure, and so they honored them with grave stones. Most of the rooms had grated air circulation above the doorways, which were boarded up during the time they were used as prison cells.

The windows were barred and many people were shackled together with leg irons upon imprisonment. To make things more heinous, they had rules that were to be followed during interrogation. They are listed in the photo below. 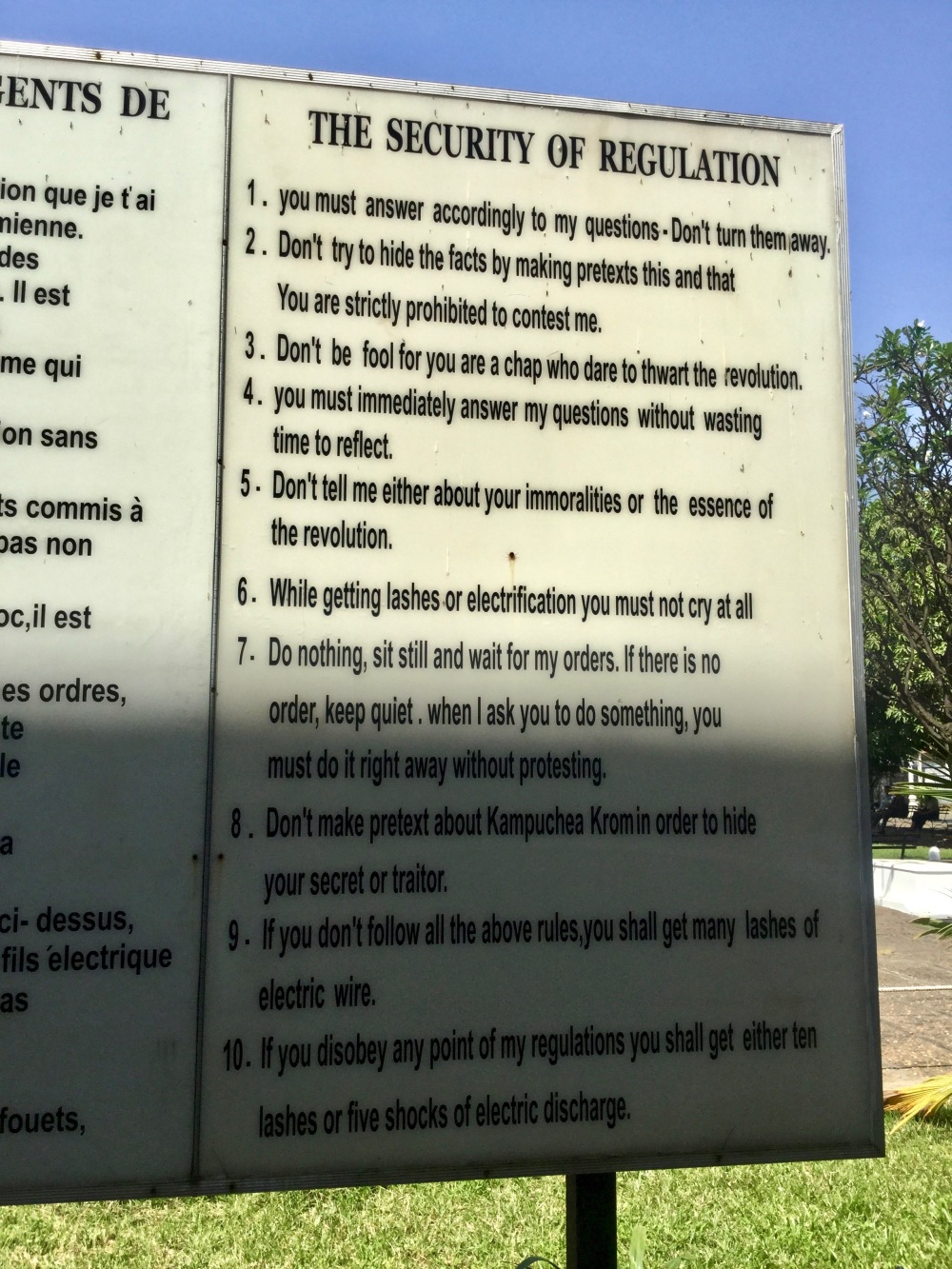 Building A was strictly used for torture and interrogation, and is where the 14 anonymous victims were found.

The old playground was turned into the gallows. Prisoners were lifted up by their arms, which were tied behind their backs, and dangled upside down until they lost consciousness. They were roused by having their heads dunked into jars full of waste water.

Buildings B and C were used for boarding prisoners, and Building D was used for processing prisoners into circulation.

We learned more about Pol Pot’s regime. He told his followers that he wanted to return the land to the “Old People,” the term he used that pertained to the farmers and the poor. He was determined to rid Cambodia of the “New People,” so he first executed the rich, intelligent and foreign. Another goal of his was to remove industrialization altogether. Additional targets like the arts, culture, and religion followed. He took advantage of the less educated through manipulation, and most of his regime was run by impoverished children. He would eventually turn against most of them as well, altering them from militants to prisoners of the very prison they guarded. Most people circulated into “S-21” didn’t survive.

Feeling very depressed, we took the short ride back to the hostel, then walked to “Vego Salad Bar” to eat more of their yummy wraps. We’d follow that up with drinks at “The Blue Dog” and “Top Banana” before browsing through some shops. We grabbed homemade chocolates at the chocolate shop that we ogled at the day prior, then grabbed beers to go to enjoy in the comfort of our hostel room. Today had been educational, but my heart was aching.

Jump Back to Part 3: Cambodia’s Genocide: The Killing Fields