Although we enjoyed our stay in Battambang, it was time to check out our next and final Cambodian destination, Siem Reap. Our minivan driver pulled up to the front of the hotel blasting rap music, but switched it over to K-Pop as soon as he parked. After more travelers and luggage were crammed in with us, we started covering some ground.

As we approached Siem Reap, the minivan pulled over and booted us out at an unknown location where we found ourselves bombarded by tuk tuk and motortaxi drivers. We split a tuk tuk with a guy named Reuben from Toronto whom we had mingled with during the ride. After Reuben was dropped off, we were let out at “Green Day Angkor Guest House”. 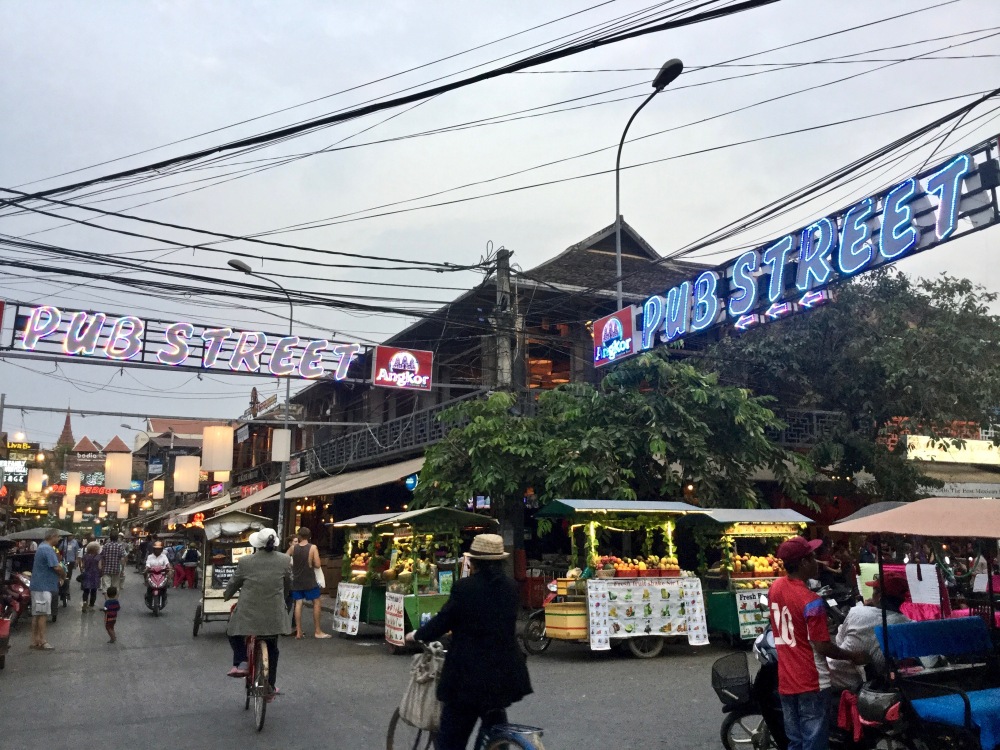 We checked in, ditched our packs, then it was time to explore. We followed the canal until we made it to Pub Street in search of some food. We settled for “Viva Mexican Restaurant” and got ourselves veggie burritos on the patio. We would regret this. The sitting on the patio part, not the burritos. It’s pretty hard to ruin a burrito. A number of beggars approached us from the street, some missing limbs, some in wheelchairs. It was disheartening, especially after being schooled on Cambodia’s bleak history.

After our meal, we walked around Old Market and Pub Street to do some sightseeing before stopping at a place called “Temple” for drinks. We weren’t directly on the street as before, but we were still close enough to be waved down by beggars, some of which we had already become acquainted with from earlier.

We returned to the guest house to organize transport to Angkor Wat, took a power nap, then once we were feeling more reenergized, we returned to Pub Street to enjoy some nightlife. A bar covered in graffiti and murals called “Angkor What?” caught our eye so we went in to grab a beer. Dan the bartender was a Londoner who had been in the country for 8 months and did charity work on the side to help children in poverty. He challenged us to test his geographical knowledge when it came to capital cities. We threw a number of U.S. states his way and he nailed every single one! 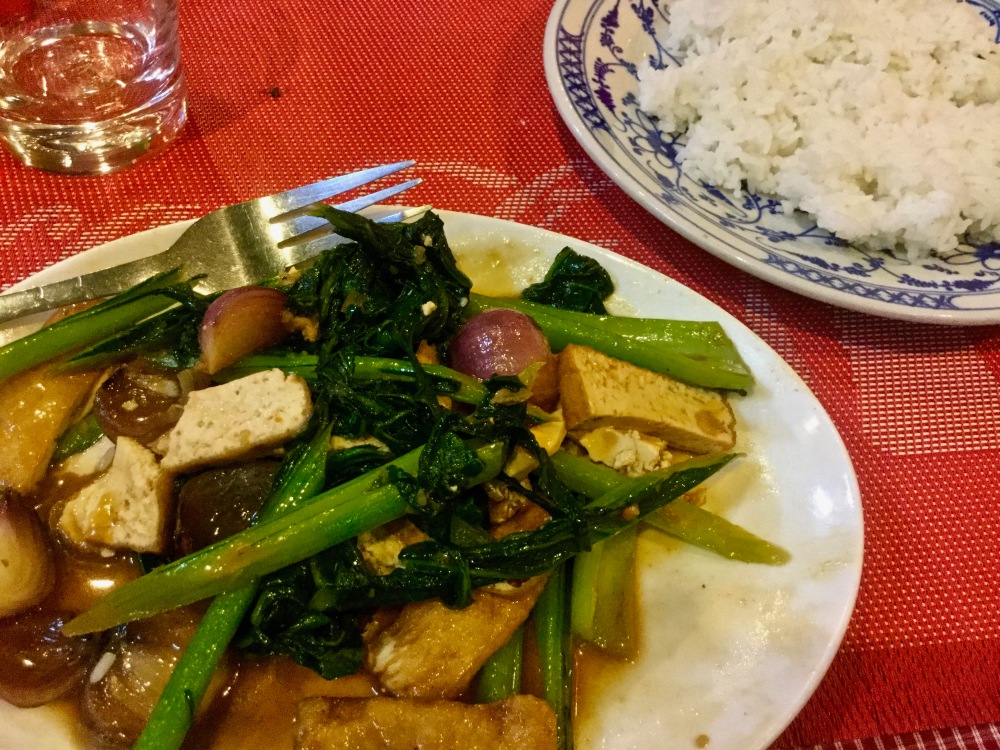 It was time to get some food in our bellies before calling it a night, so we ate at “Nai Khmer Restaurant & Bar”. I ordered Bok Choy with Tofu and Chili Sauce. Trevor decided to stick to a liquid diet and ordered another beer. The night was young, but we had some fun plans for the next morning that we wanted to be fully conscious for.

Jump Back to Part 9: The Bamboo Train, A Bat Temple & Lok Lok