The Cirque of the Towers Route left me speechless. 😶 All the views. ⛰ All the #rainbows . 🌈 All the #lakes . 🏊🏼 The Winds have stolen my heart. 😍
Had a good time in #lander then a horrible time back on trail climbing over the worst blowdown section I’ve ever crossed through. 😖 Our group got separated in the mix. The days that followed would make up for the headache. The Cirque of the Towers Route was amaze balls! 😍
The Basin. Pretty much just vast nothingness, a few pronghorn, and lots of cows. It was mostly dry and hot, although we did experience some thunderstorms. Also, my oxen broke a leg 🐂 and I have died of dysentery on the Oregon Trail.🤠 These things happen. 🤷🏻‍♀️
We hitched back from Encampment and accidentally camped on private property. 😬 Fortunately, the guy wasn’t mad when he found out we were CDT hikers and let us stay. Our views were hazy due to the wildfire smoke. 🔥 We passed through the affected area two days prior! A road walk to Rawlins followed, and we found ourselves herding cattle and dodging cow diarrhea. 🐂 💩 I was relieved to lay in a bed after inhaling some town food. I’ve been battling some nasty sciatic pain and blisters. Hiking through the basin wasn’t going to be too helpful.
One more state complete! Colorado was a blast and it was great to spend the last few days there with fellow AT hikers. Thanks again for the trail magic and the hospitality, @robinurthoughts and @urmygirl_blue You guys rock! Our #tramily has grown from 4 to 8 and we’re ready to take over Wyoming! Hammer down! 🤘
We destroyed some food when we reached Grand Lake. The damage from last year’s wildfires caused us to miss out on the bulk of the Rocky Mountain National Park section, which sucked. We also had to maneuver through many blowdowns, but the views during the climb up and down Parkview Lookout were amazing! The next day, we tackled a 37.4 mile day and made it to Steamboat Springs for the holiday weekend! 💥🇺🇸 🍔 Next stop, the Colorado-Wyoming border! 🤘
Sooo… we had to hike out of Winter Park otherwise we were gonna have to apply for employment. It was time! We weren’t too keen on hiking on top of mountains during a lightning storm, nor were we thrilled about the “impassible” blowdown section ahead. So instead, we connected the road from Berthoud Pass to the Fraser River Trail to the Fraser-Granby Trail. There was a lot of cool art, signage and wildlife along the way.
The climb to #grayspeak #summit was brutal, especially while having some of the worst altitude sickness in my life. 😵‍💫 But I fought off the nausea, gave my legs a pep talk and conquered my second 14er. The views were motivating, and the knifes edge before the final climb was awesome aside from the wind blowing me around like a plastic bag. The icing on the cake was seeing mountain goats during the hike down! ❤️
I was stoked to finally leave the very groomed Colorado Trail section so I could experience some new terrain. We had some big climbs, but we were rewarded with great views!
Posted on May 9, 2019December 28, 2019 by Stubbs

My feet were blistered and had me hobbling all day long. It also took my usual speed down a notch. We saw some mule deer before getting water at Bargaman Park Tank. The trail was occasionally muddy, but soon switched to forest roads. 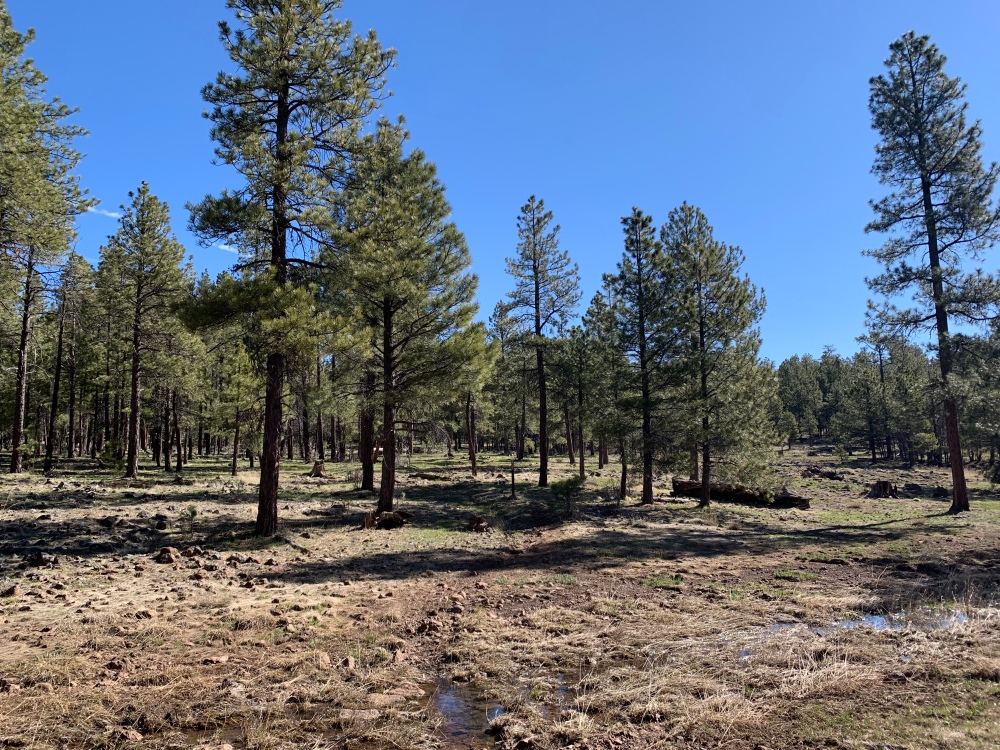 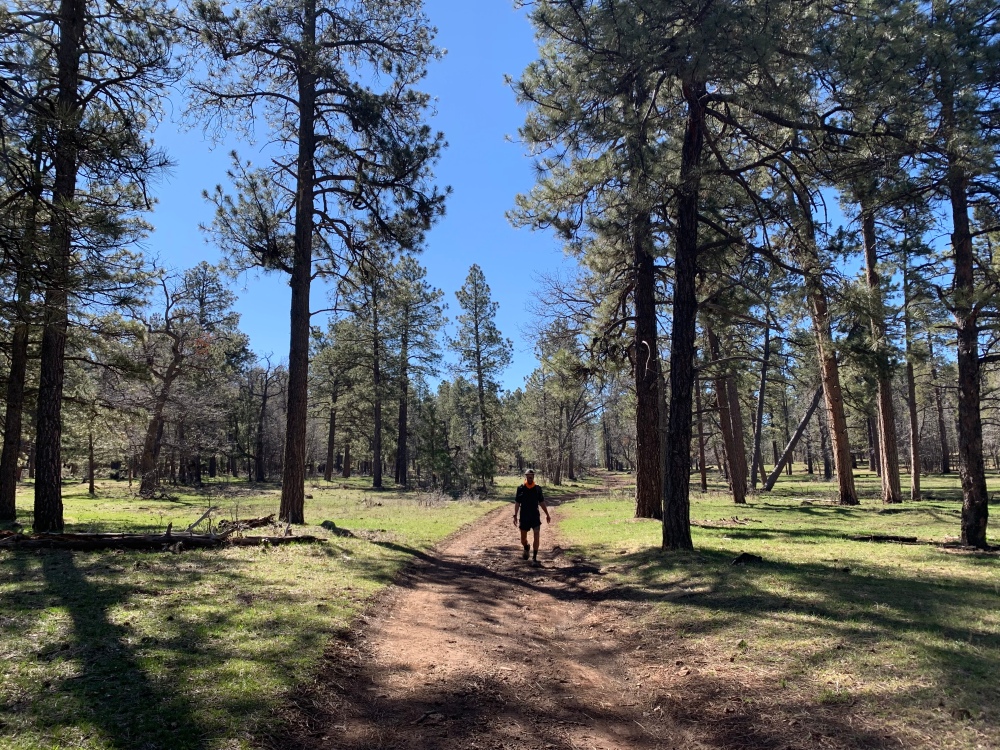 We’d lose the trail a number of times since the markers were oddly placed or completely absent at junctions.

I made a snowman from one of the snow mounds before we passed Gooseberry Springs trailhead, where we took lunch.

Once again, we were offered a beer, but don’t drink. That’s sadly been our only offered trail magic. 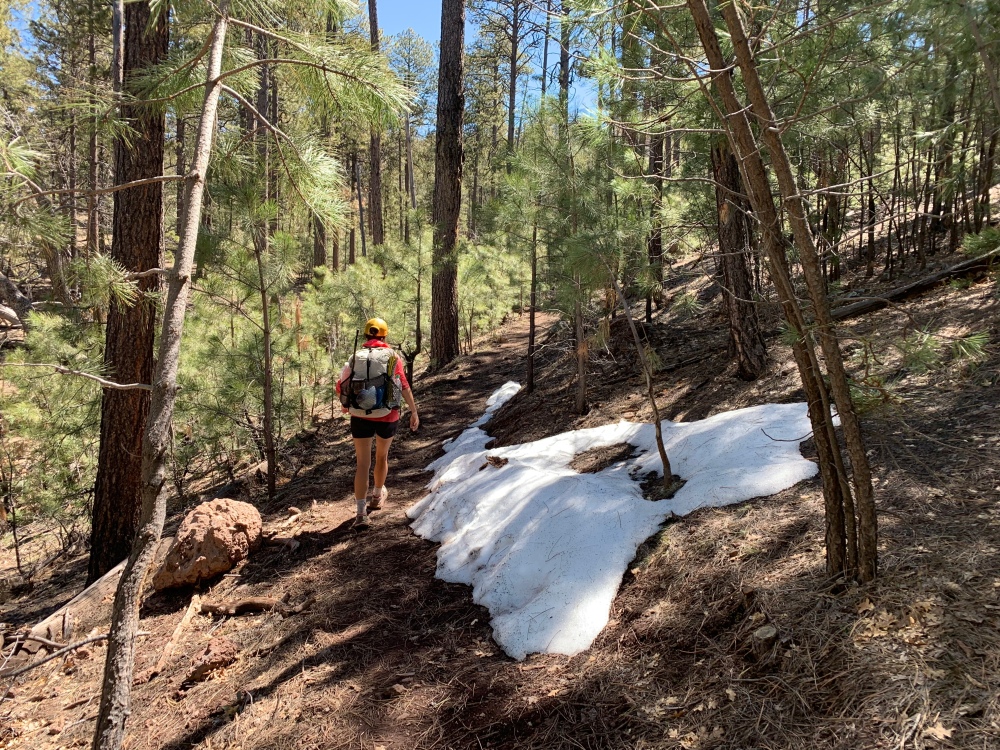 After we ate, we ran into a hiker named Phantom at the road. He started hiking the Arizona Trail after the heavy snow put his Continental Divide hike on hold. He was trying to hitch into town after taking a nasty spill face first, which rearranged his teeth and also appeared to have broken his nose. Poor guy.

We passed a lake before we reached the trailhead for Navajo Springs Trail, which would take us into Mormon Lake. Mormon Lake was settled by the Mormons, which then became a logging community, and is now a resort town.

We filled up at the spring and chatted with a tour guide who was leading a group on horseback, then hiked down to town.

“So, like, the trail was poorly marked like eight miles back. So what was up with that?”

All I was thinking was, “I don’t do trail maintenance. I’m just a hiker. Now you’re delaying my date with a pint of cookie dough ice cream. Shut the fuck up.” I was a little bit hangry at the time.

After picking up our resupply box and our intimate 10 minutes with ice cream, we went inside the lodge to locate the restaurant. The bikers were at the bar, looking at us as if they wanted our company. Nope.

We found the Steakhouse which was just opened for the season, and ate some delicious burgers, a salad and steak fries. My hiker hunger was in full effect. My plate was clean.

We sat on the benches out front and with Frisbee’s help, frantically searched Guthooks for a business willing to accept a box for me. I realized that I’d be out of my medication before reaching the Grand Canyon, and we’d have to linger around Flagstaff until it arrived. We’d arrive there on Easter Sunday and wouldn’t be able to get it shipped there until Tuesday or Wednesday. Bummer.

Frisbee got a yes from Absolute Bikes, so my panic subsided. While sitting out front, a hiker named Larry Boy showed up, who we hung out with for a hot minute before returning to the trail.

There were a pair of section hikers camped at the top of the trailhead who informed us that there was nothing but rocks for the next three miles, so tenting was limited. With blistered feet and a full belly, I was content stopping there for the night. I didn’t have three miles in me.

Jump Ahead to The Arizona Trail: Part 28

Jump Back to The Arizona Trail: Part 26