9/9/21 - Mission Accomplished! 🤘
Damn Montana! You pretty!
Yet again, Montana brought the hiker friendliness in Augusta, and a sweet sunset too! Once we were able to force ourselves to leave, we were off to “The Bob” and finally got to see the Chinese Wall. We’re officially in the heart of grizzly country, y’all! 🐻
The sweet views continued all the way to Augusta!
Had an awesome birthday which I celebrated with my stinky, freeloading #hikertrash tramily, the wonderful people of Lincoln, and Daryl the Sasquatch. The hike from Rogers Pass was just as amazing as the hike into it after we hunkered down in a yurt to avoid the rain. More climbs, but a lot of ridge walking by rock ledges and towers.
No more smoke, but the days have been windy and the nights have been cold. We visited an amazing outfitter in the middle of the trail, got to see Golden, a familiar face from the AT (2016), and lots and lots of cows! I had been in a bit of a funk lately, but the ridge walk right before reaching Rogers Pass snapped me out of it!
Got stuck in the Butte vortex. We hitched in, hitched out, hiked to the north side then hitched back in. Pizza Ranch was our second home. Eventually we made our way to Helena, our second vortex. Before our arrival, we got pounded by hail and rain. The wind was blasting through the trees so hard, they were snapping like twigs behind us. The people of Helena were beyond hiker friendly. We got stuck a second day when a girl working at the brewery let us crash at her place for free, hot tub included! Life’s good!
The road walk continues. Nevada City to Twin Bridges to Silver Star to Butte! Time for a couple zero days!
Most of us had trouble getting the Big Sky Alternate maps, so we’ve been road walking. These things don’t bother me as much as most people. Road walks can be pretty fun! We’ve been bouncing town to town: West Yellowstone to Big Sky. Big Sky to Jeffers. Jeffers to Ennis. Ennis to Virginia City to Nevada City, and still rolling! Our end goal is to get to Butte, finally do some laundry, get showers (cuz we smell like sweaty buttholes), then return to the CDT to crush those last few hundred miles. It’s been fun making friends with the locals, and it’s also been more scenic than expected!
Posted on May 15, 2019June 11, 2019 by Stubbs

It was our first full day in Vietnam and we decided to spend it walking to the War Remnants Museum. Before going inside, we wandered around the outdoor portion of the museum where there were a number of U.S. military helicopters, tanks and weapons on display.

There was also a life-sized model of cells used in the Con Dao Jail, including “Tiger Cages,” a guillotine, and other torture devices. The list of torture techniques used was hard to read. 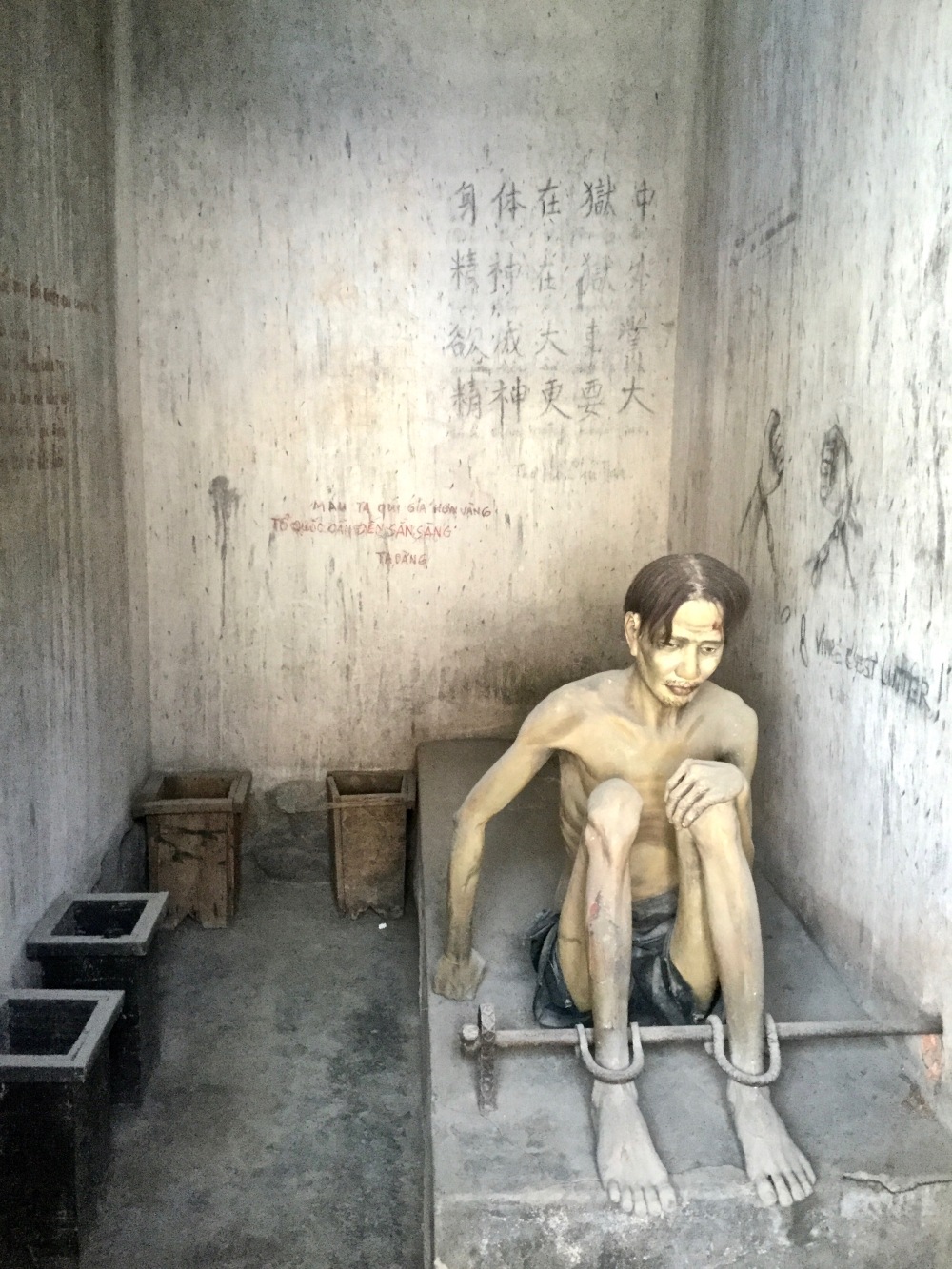 Inside the museum, there were several sections on how the war was started, collections of war documentary photos from over 130 journalist from across the globe (all of whom died during the war), and aggressive war crimes from Agent Orange to massacres. I got choked up a number of times. It was a sad event for all involved, but it was interesting to see things from Vietnam’s perspective. 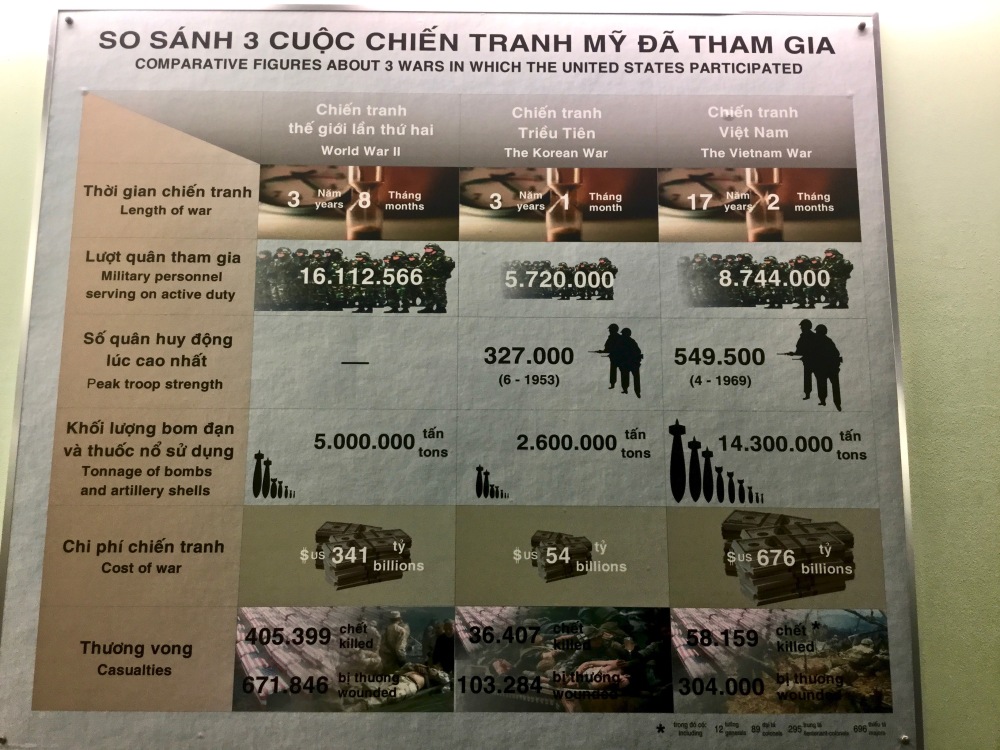 We strolled through the very pretty and serene Culture Park on the way back, then grabbed lunch at “Thuc Don Restaurant” to eat Pho Chin (nam) or beef rice noodle soup with brisket. A retiree from Melbourne and his partner from Hue joined our table at the very crowded restaurant, and we gabbed about travel. His partner was a fan of Trevor’s beard and asked for a picture with him before they left. 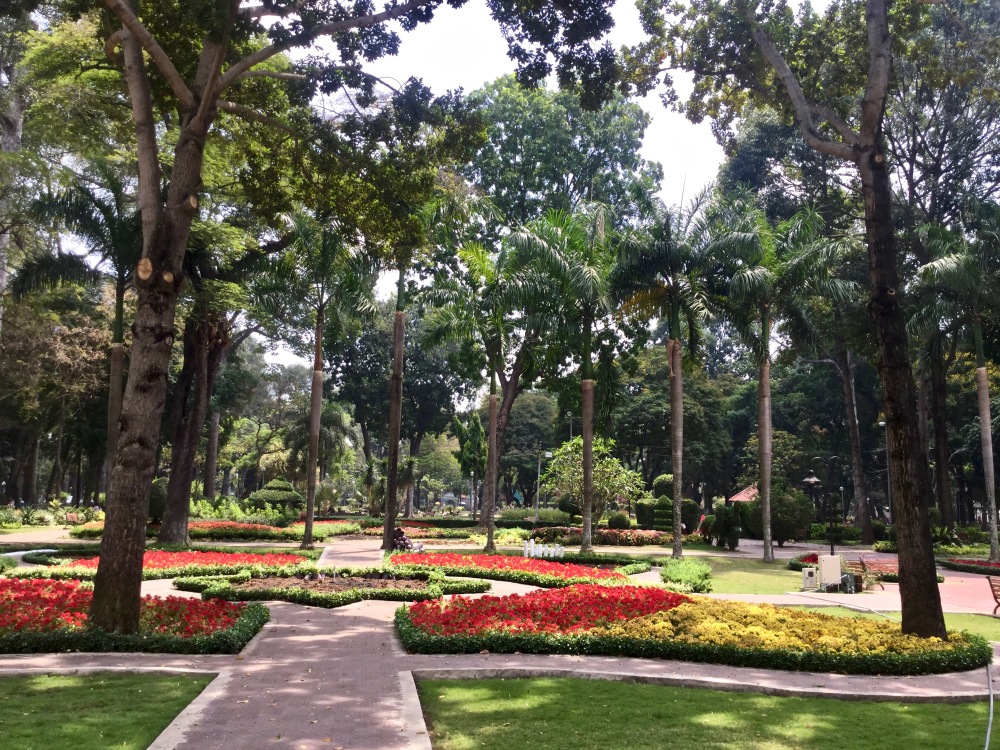 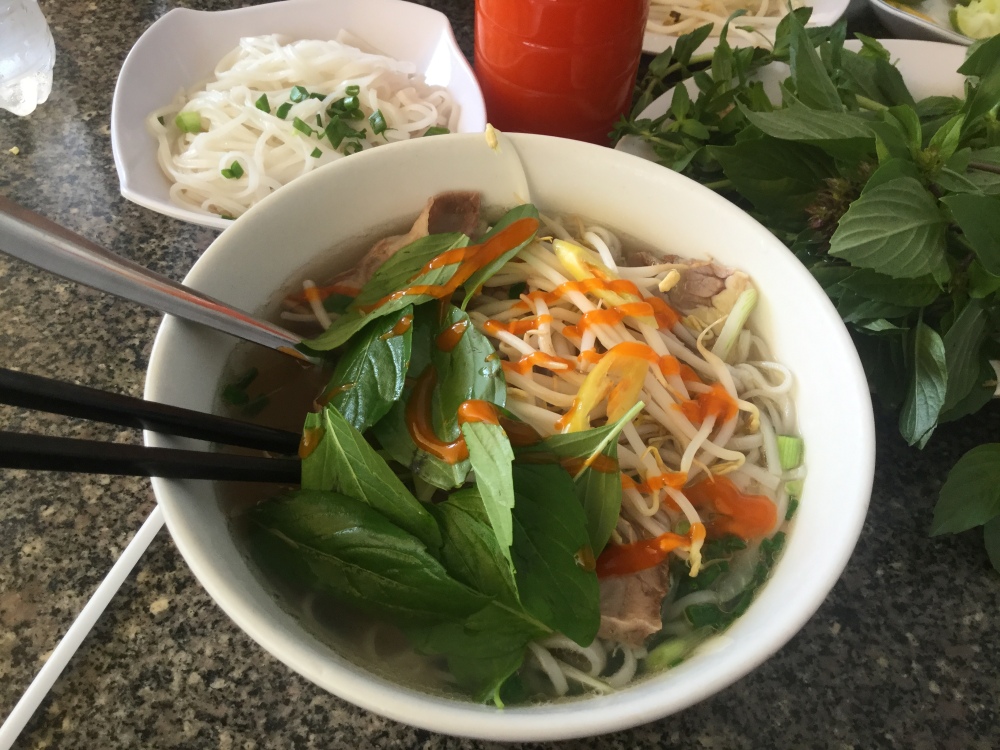 While walking back to our hostel, we browsed the price tags of some motorbikes, still debating whether or not we were going to bike the rest of our way through Vietnam. After setting up a tour for the next day, we returned to the hostel where we’d see a flyer for two motorbikes for sale, a good deal at that, but discovered one of them had already been sold. We took it as a sign. We had a couple beers out and about, then skimmed through some shops before returning to pick up our laundry.

We were craving burritos for dinner and filled the void at “Tres Ninos Mexican Restaurant.” The food was good, but even if the food was absolutely incredible, we wouldn’t have returned there. 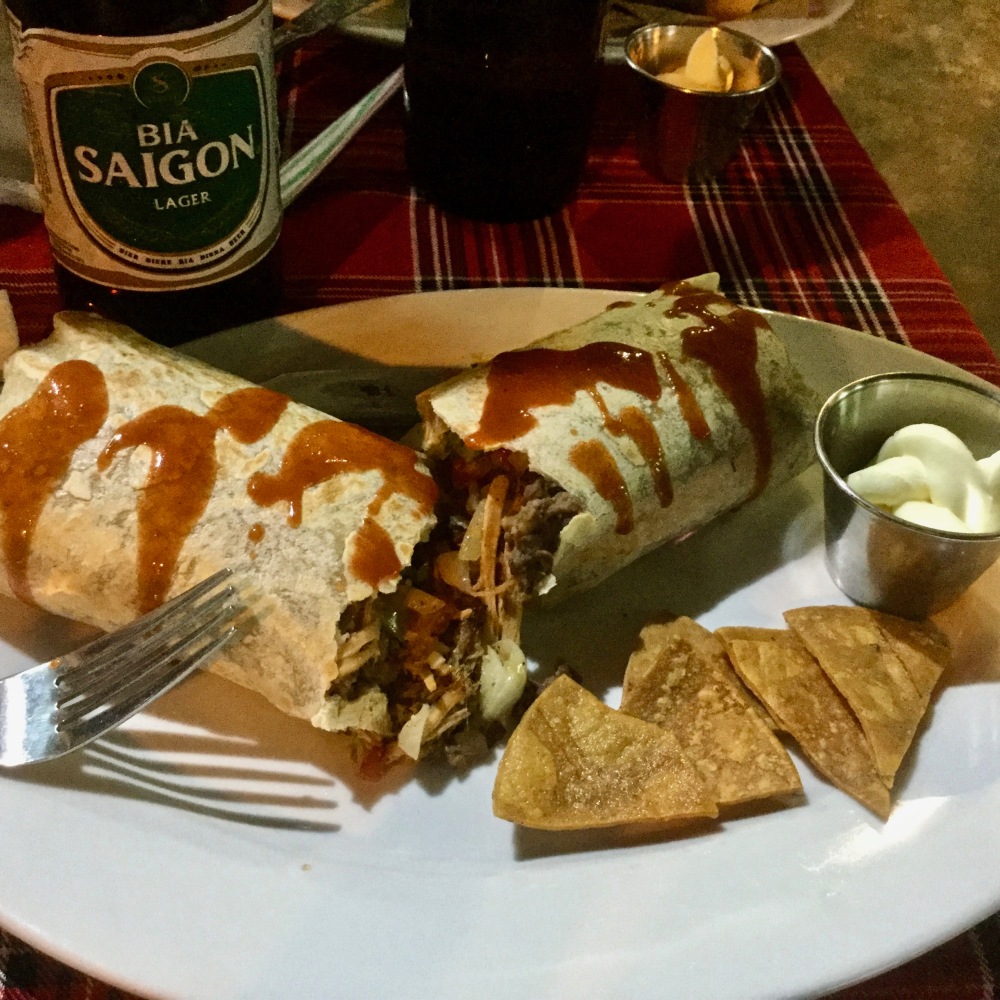 During our meal, we witnessed the owner of the place screaming and getting verbally abusive towards his Vietnamese girlfriend in front of everyone dining there. We asked our waitress if the girl was okay, not wanting to get involved, but willing to do so if she was in physical danger.

Once we were done eating and things settled down, we started walking back to our hostel. I wear a shoulder bag and have a habit of tapping it as I walk in public. This habit came in handy when a girl tried to pickpocket me in route. As I reached to tap my bag, I felt a hand, which I instinctually grabbed ahold of. I looked down and her fingers were in the process of squeezing into my now partially unzipped bag. I just stood there, staring into her eyes, not knowing what to do next. I proceeded to yell at her in front of a table full of drunk Westerners, then let go of her wrist. I could hear them chuckling behind me as I watched her storm off.

We did something unwise next. We decided to pursue her. She started wandering through back alleyways and we followed until we were stopped by man who wouldn’t let us walk any further. After yelling at the guy about her attempted thievery (which he probably couldn’t understand), I noticed there were a number of eyes on us and none of them looked welcoming. If we continued down this path, unpleasantries were likely going to follow, so we made a U-turn back to the main street. Nothing was stolen from my bag, but I was still feeling a little heated. We did the rest of our drinking in our room, and a surprisingly quiet night followed.

Jump Back to Part 1: Busing Across the Border to Ho Chi Minh City

Start from the Very Beginning at Part 1: Don’t Forget to Pack Your Anxiety