We snagged a map from the front desk, then made our way to the bus station around the corner to get tickets to Hue for the next day. Then we enjoyed the scenery from the beach, and traveled up and down the side streets nearby on foot. 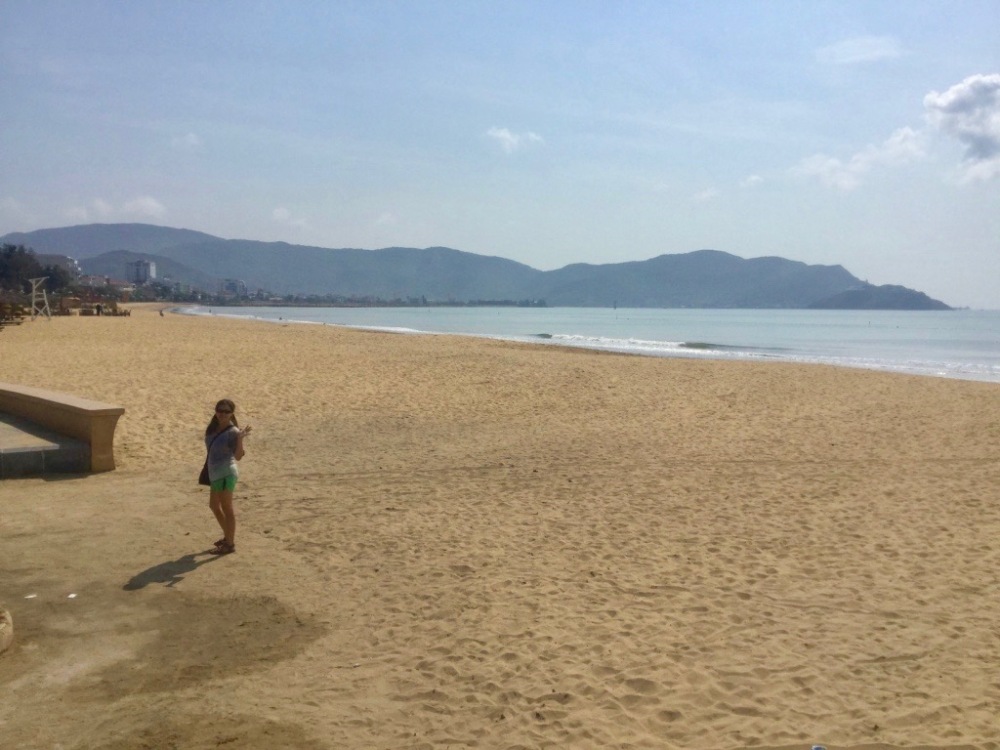 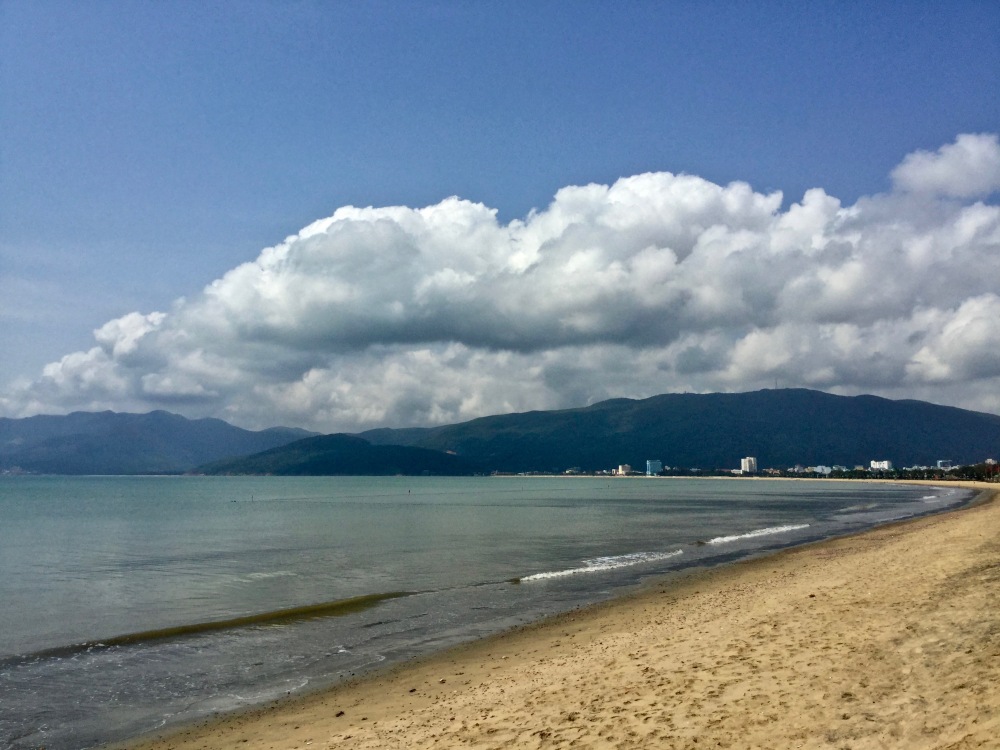 Everyone was very friendly, but this wasn’t your typical tourist hot spot, so spoken English and English menus were scarce. Finding a place to eat would be a challenge! To make things trickier, most of the places around us were cafes that only served beverages and ice cream.

Eventually we found a restaurant that had locals eating food out front on the patio, and so we gave it a shot. We tried approaching and waving down the wait staff as they buzzed around, but none of them wanted to make eye contact or even acknowledge that we were there. I chalked it up to the fact that we were Westerners and nobody working wanted to put forth the effort of communicating with us. After waiting about 20 minutes, we shrugged it off and continued our pursuit for food. 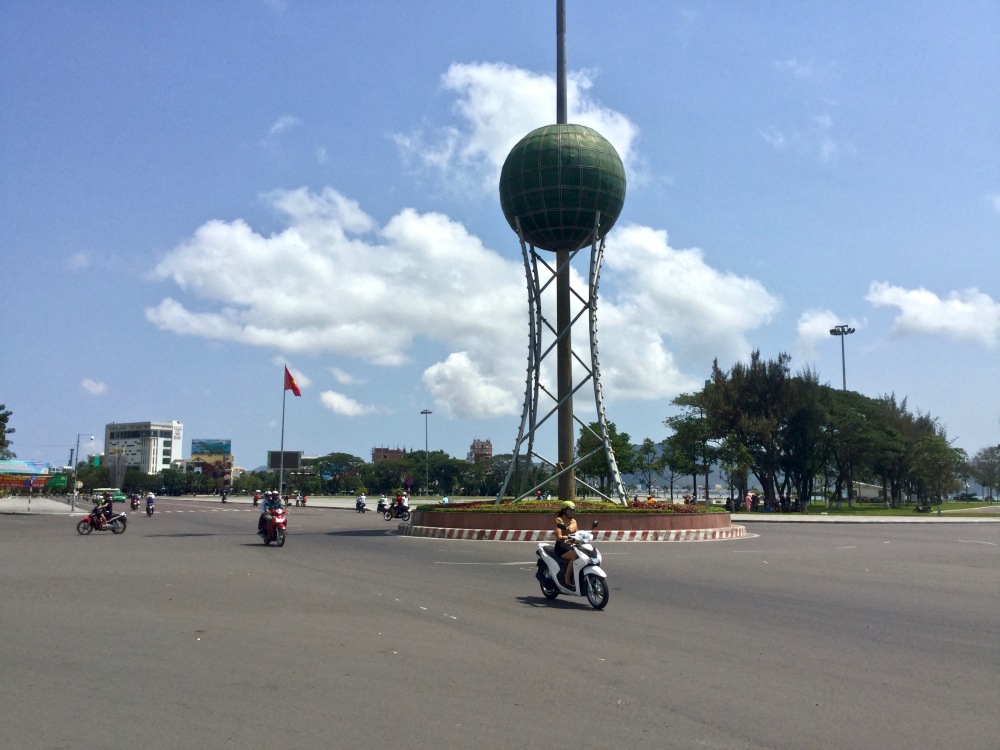 I noticed the map from the hotel had some vegetarian restaurants listed on the back of it, so we headed in the direction of the one closest to us. On the way, we passed a lady carrying a large, live rat in tongs before tossing it into a nearby garbage pile. I was envious of that rat. I hoped to soon be surrounded by food just like that rat was at that very moment. I was starving, so nothing was destroying my appetite!

The vegetarian place we ate at was called “Tiem Com Chay Nguyen Lu” and the owner was a very cheerful woman who invited us in, and started piling a little bit of everything on top of our plate served with rice. I honestly couldn’t tell you what we were eating, but I knew one thing, it was delicious!

We toured through town until we found ourselves at C-Mart, a multi-story shopping mall that also included a movie theater on the top floor, and a bowling alley and arcade on the bottom. We returned to our room to book a hotel in Hue, then headed back out to eat dinner.

We ate at a very popular street vendor that served pork, chicken and hard-boiled egg Banh Mi’s that were so delicious, we ended up ordering a second round of them! It may have been the city in Vietnam that we struggled with the most when it came to communication, but it hands down had the best food we had eaten during our entire time in the country!

After filling our bellies, we walked on the beach to watch the sun set behind the mountains in the distance. 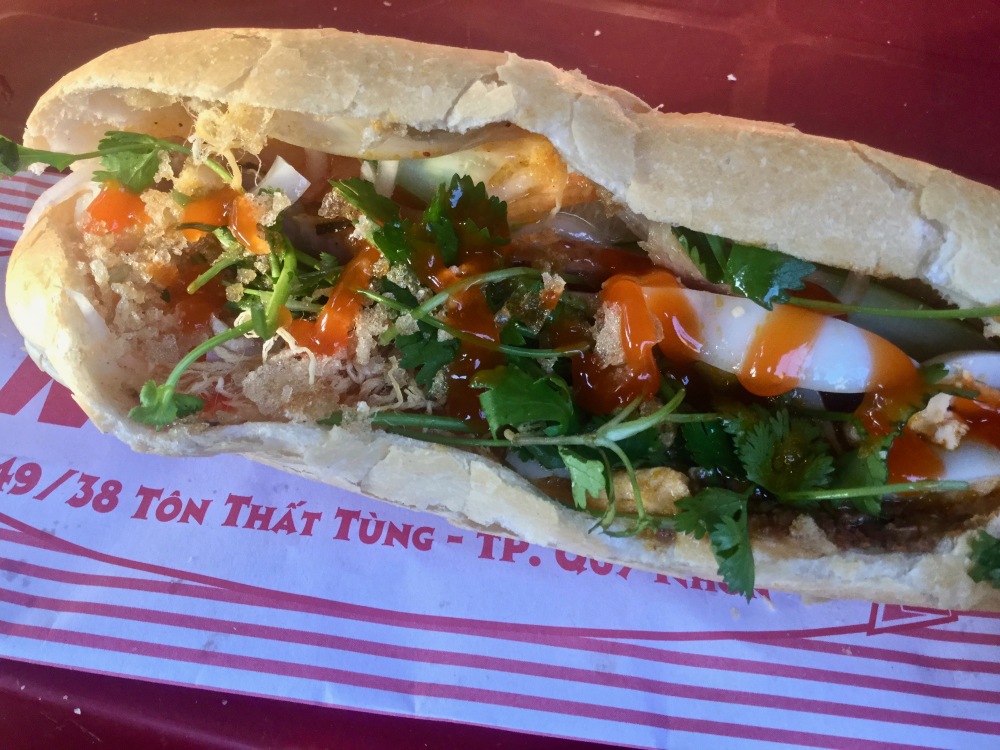 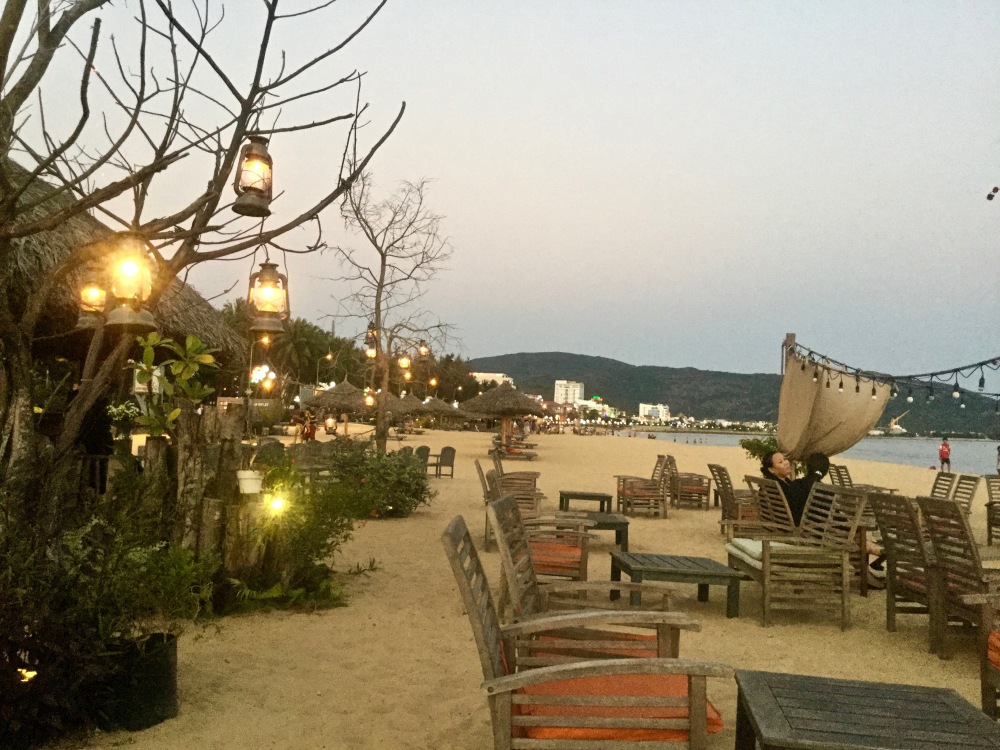 We got beers at “Surf Bar 1” right on the beach, and watched people playing volleyball while others swam in what appeared to be winter clothing. 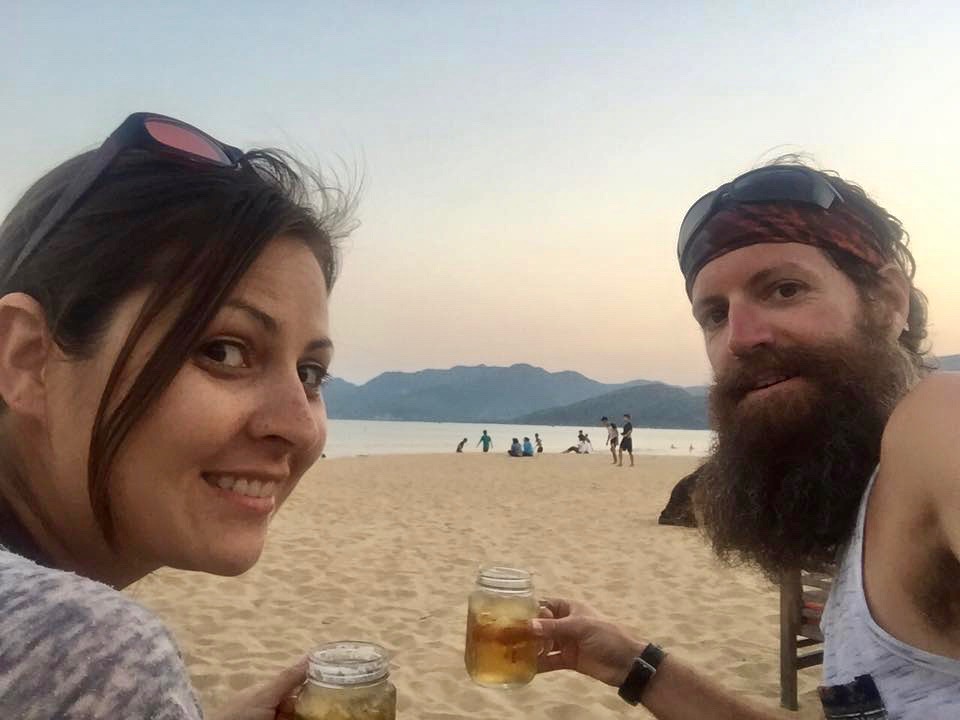 We left the beach, and admired the streets at night that now were lit up with neons.

Jump Ahead to Part 11: Locked In Abroad (Again), A Game Show & Moldy Tofu