April 10th. Me. Frisbee. Hiking. Mexico to Canada. Continental Divide Trail. 3,100 miles. It’s go time. Hammer down. 🤘
The fun wasn’t over after thru hiking the BMT. I met up with some more of my favorite people at Amicalola Falls to hike a section of the AT. It was an awesome #hikertrash tramily reunion. I’ve missed these fools! The weather wasn’t so desirable, but we managed to dodge the worst of it by hiding out in Blairsville where we ate copious amounts of food. We made it to Franklin and got to pay it forward by providing trail magic. I think I enjoy providing trail magic more than receiving it, and that’s saying A LOT! This gal loves to eat! Up next... New Mexico!!!
March 26th 2021 - BMT complete! All we had was a short hike to Ironbridge Cafe for breakfast and coffee. Frisbee and I were stoked that Dr. Thunder showed up. He came in clutch shuttling us from Skeenah Gap to Blairsville to dodge the upcoming storm. Our zero day paid off and we had sunshine the entire 25 miles to the finish line!
We picked up “Grandpa” and hiked a pretty stretch of trail to a sweet campsite. Frisbee and I had our “unofficial” finish once we reached the Pinhoti Trail junction. Then we spent the night in a cemetery and Middle Brother nearly got shot by the hunter he startled the next morning. After a road walk, we slept at Indian Rock Shelter so we could get an early hitch into Blue Ridge to destroy McDonald’s. Most of us were out of food.
After an awesome visit to Reliance Fly and Tackle for coffee and food, we got to explore the rest of Reliance during our road walk. We picked up resupply and Grandpa at Ducktown the next day and enjoyed the sunshine... finally!
We escaped the rain by hiding in Ducktown, but the aftermath was flooded trail and a dangerous ford. We all made it across safely, including Lucy Lulu (a NOBO hiker we met at the crossing). It was still a pretty section and it included random goats and a lot of snakes. (Some video/photo credits: @trevtrevorwhatever @middlebrothersworld )
We timed it perfectly walking into Tapoco Tavern on opening day! The rain also waited to unleash until we found cover. We ate well then slept in a gazebo for the night. The next couple days were brutal. I busted my ass on the slick trail, twice! 😑The climbs were rough, the humidity was high, and the fog was thick. After fording a few creeks, my feet were battered. Time for a zero day!
We were wrapping up the Smokies and the
Our hike through the #GreatSmokyMountains has been awesome! Aside from the natural, the #bmt had taken us to some #historic sites and #ruins. We explored the Calhoun House built in 1928, foundation ruins and a old #car graveyard.
Posted on June 28, 2019July 1, 2019 by Stubbs

My wake up call involved a smack on the arm, followed by the assistant yelling, “HA-NOI!” in my face. I quickly went from being scared shitless, to being in a total daze. An unmarked taxi dropped us out front of “Golden Time Hostel,” which wasn’t open yet. We took a short stroll down the street to eat Pho Bo at “Co Yen Beo,” then had coffee drinks at a nearby cafe.

We returned to the hostel, which was now open, but our room wasn’t ready yet. So we decided to discuss Halong Bay tours with the lady at the front desk. She showed us two recommended options, and one of them was budget-friendly. So we booked and paid for the tour, then reserved a room for when we returned. 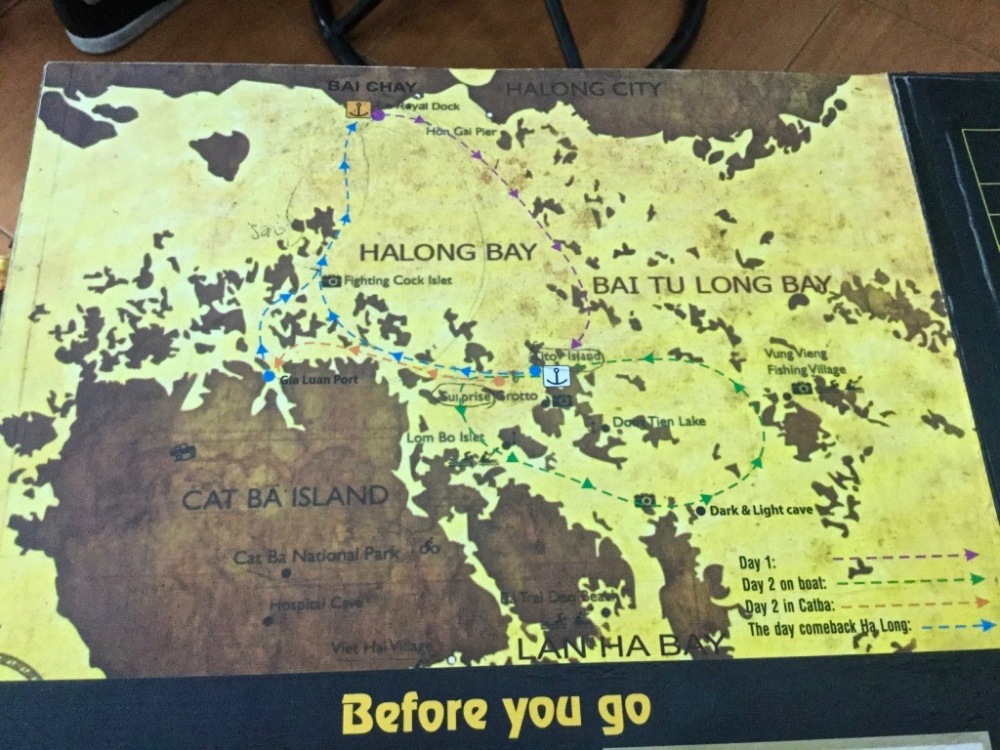 When our room was ready, we studied the map to see where some points of interest were located. Then we started our walk around Hanoi, first strolling around Hoan Kiem Lake (aka: “Lake of the Restored Sword”). In the middle of the lake, we could see Thap Rua Tower (aka Turtle Tower). 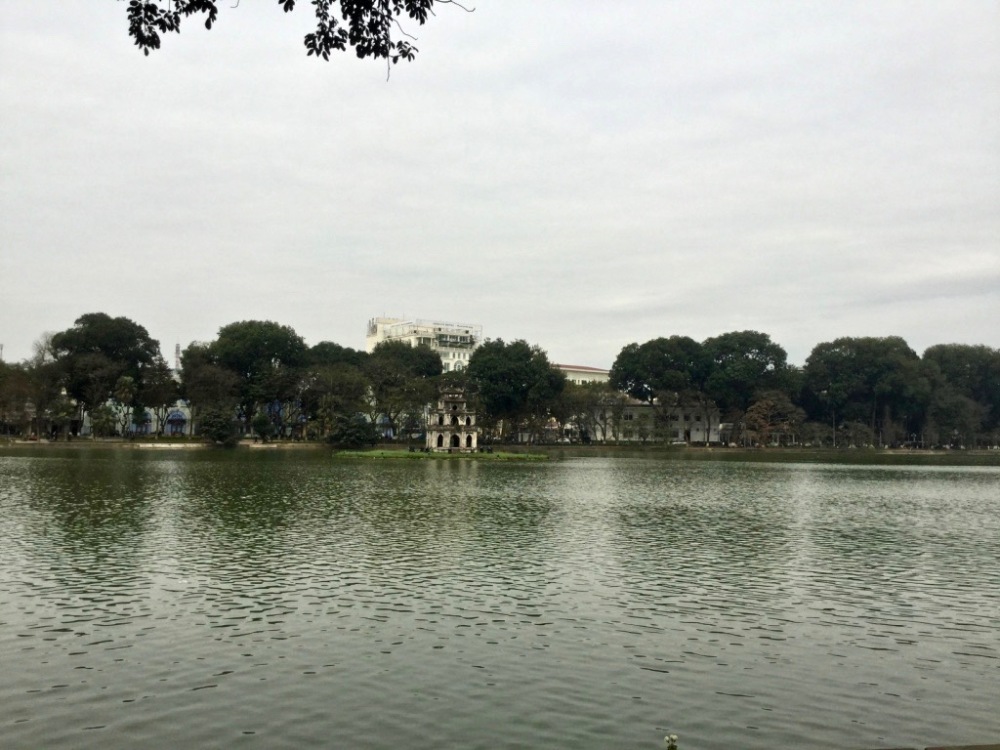 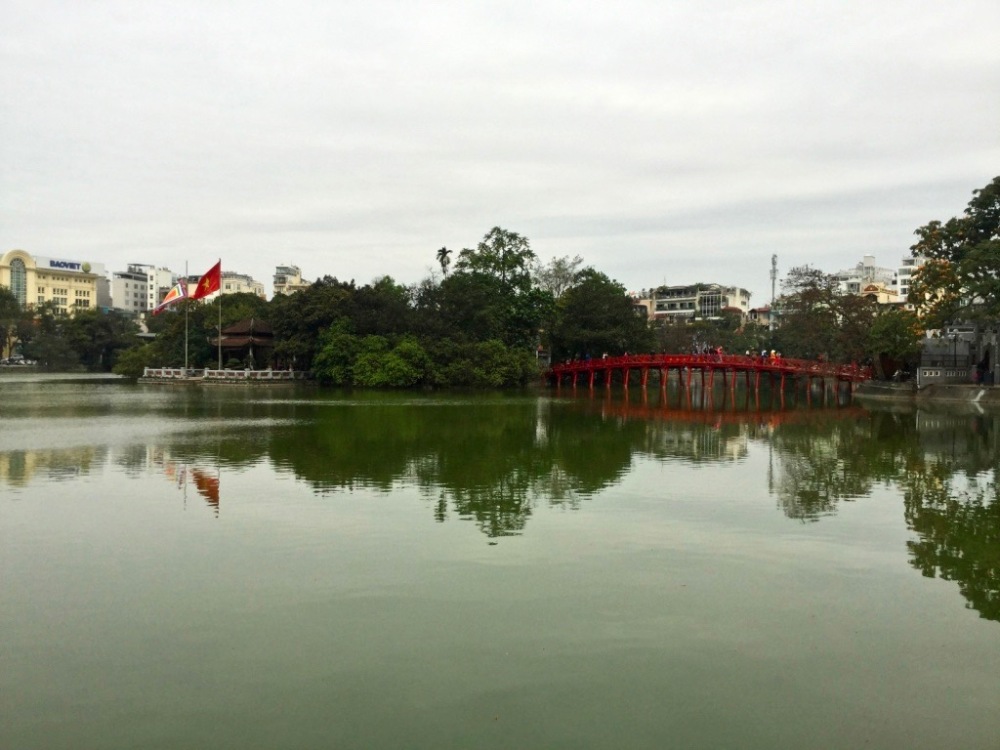 Next, we headed towards Hang Duong Street. We stopped at “Hanoi Rocks Hostel” where we sampled two beers, HaNoi and Saigon Special, while watching blooper videos on TV.

On our way to Hoa Lo Prison Museum, we grabbed lunch at a busy place called “Tan Tan” where we got Bun Thang (Soft Noodles with Chicken, Fried Eggs, Pork Pies, and Mushrooms).

Hoa Lo Prison had been demolished, aside from the front gate, which has since been restored into the museum. 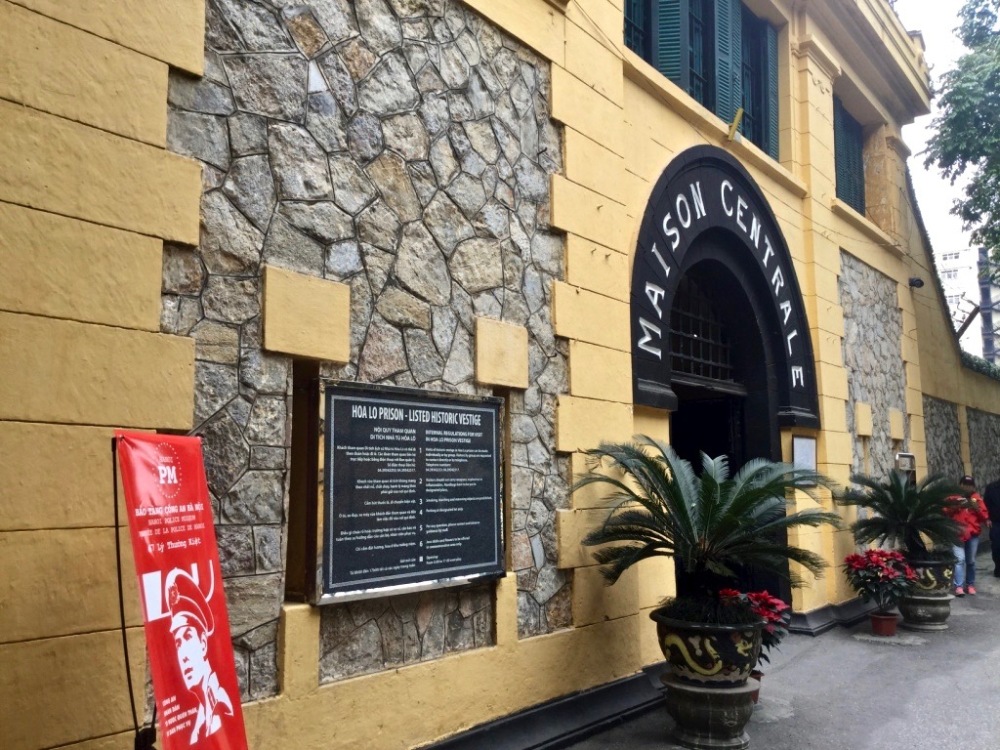 In the late 19th century, the French colonialists increased suppressive forces on the Vietnamese by adding a court system of law, a prison network and police forces. Prisoners included thousands of revolutionary patriotic soldiers, and many leaders of the government and the Vietnamese Communist Party. 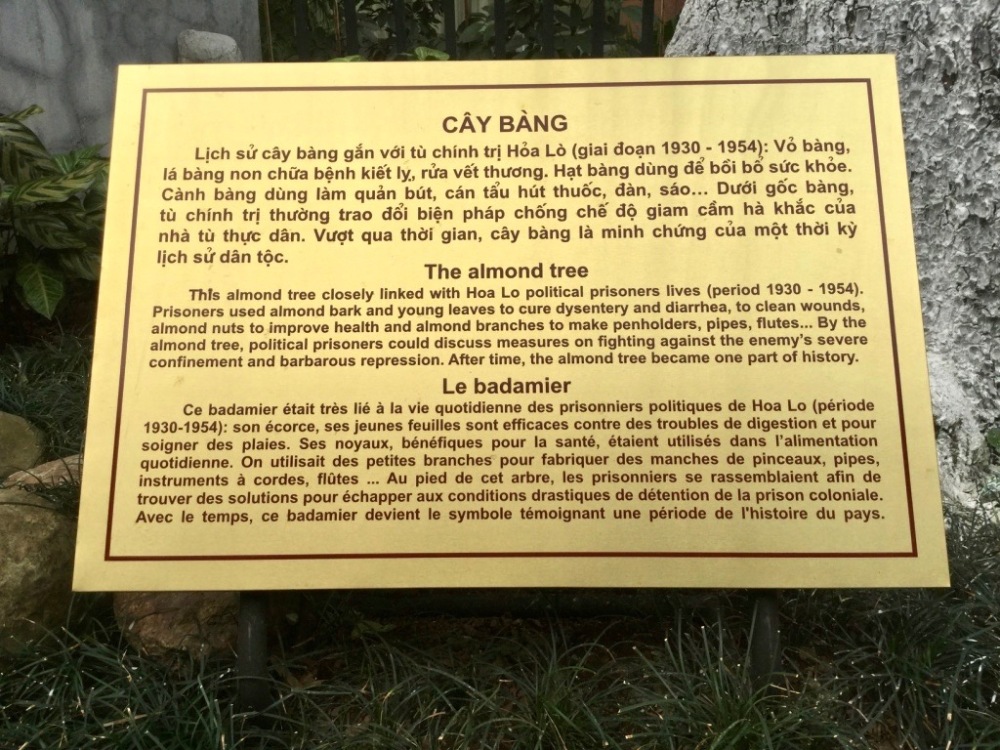 Living conditions were bad, with cruel treatment of the prisoners, but the prisoners used the system as a school to propagate the revolutionary argument. Some escaped through the sewer systems.

The North was liberated in 1954, but the jail was still used for lawbreakers. From August 5th, 1964 through March 29th, 1973, it was used to keep prisoners of the Vietnam War, specifically U.S. pilots whose planes were shot down. Unlike that of the revolutionaries, conditions were fairly pleasant for them, so it was sarcastically called the “Hanoi Hilton”. 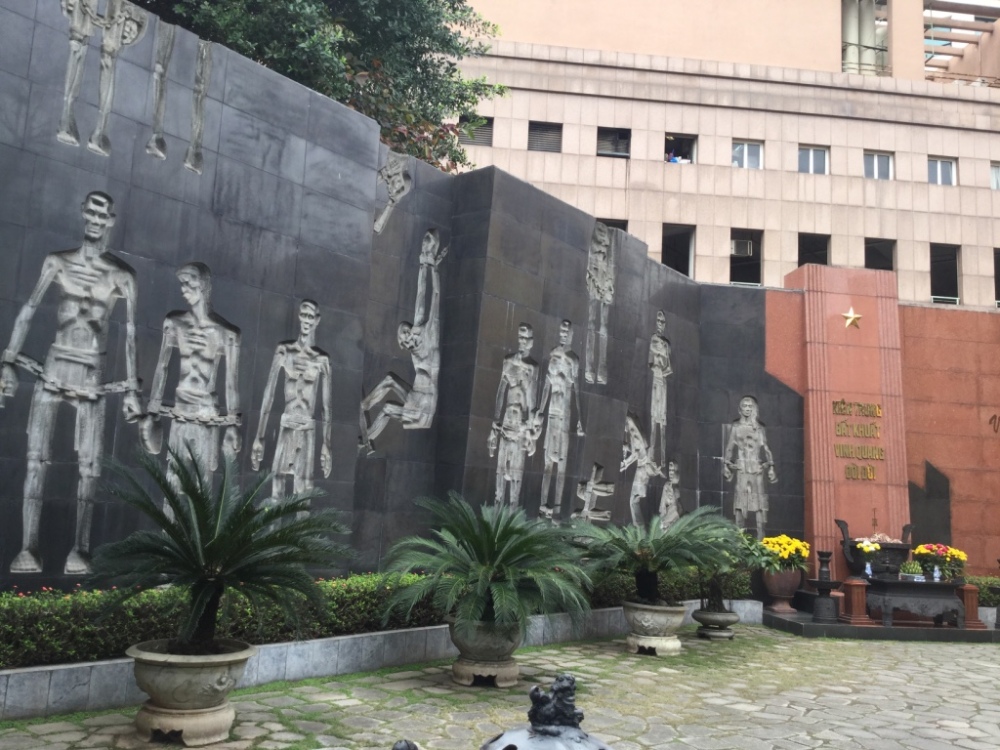