This would be our last day hiking with Spacejam since he had had enough. The Pinhoti Trail has been less than pleasant this time of year and there was no sign of relief. The trail sent him off with more overgrown trail the bulk of the way to town.

We took a short break for water since it was limited the rest of the way to town. We would break a couple more times for second breakfast and lunch. Oh yeah, and there were blackberries! Given their seediness, they don’t have the same pull on me as blueberries do, but they were still a nice treat. 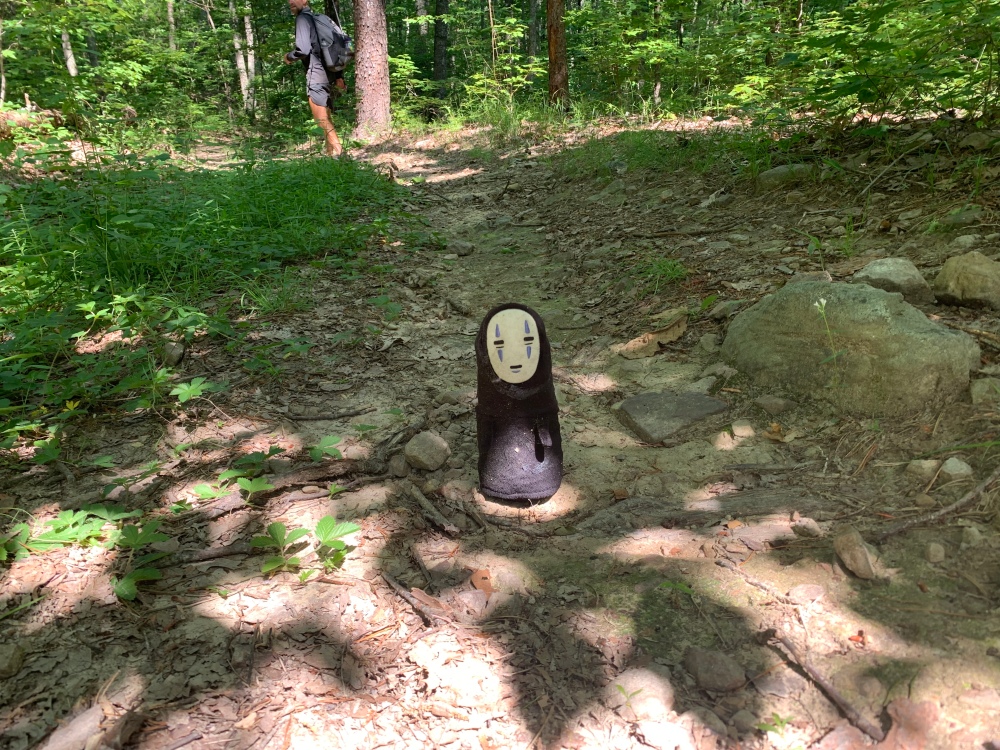 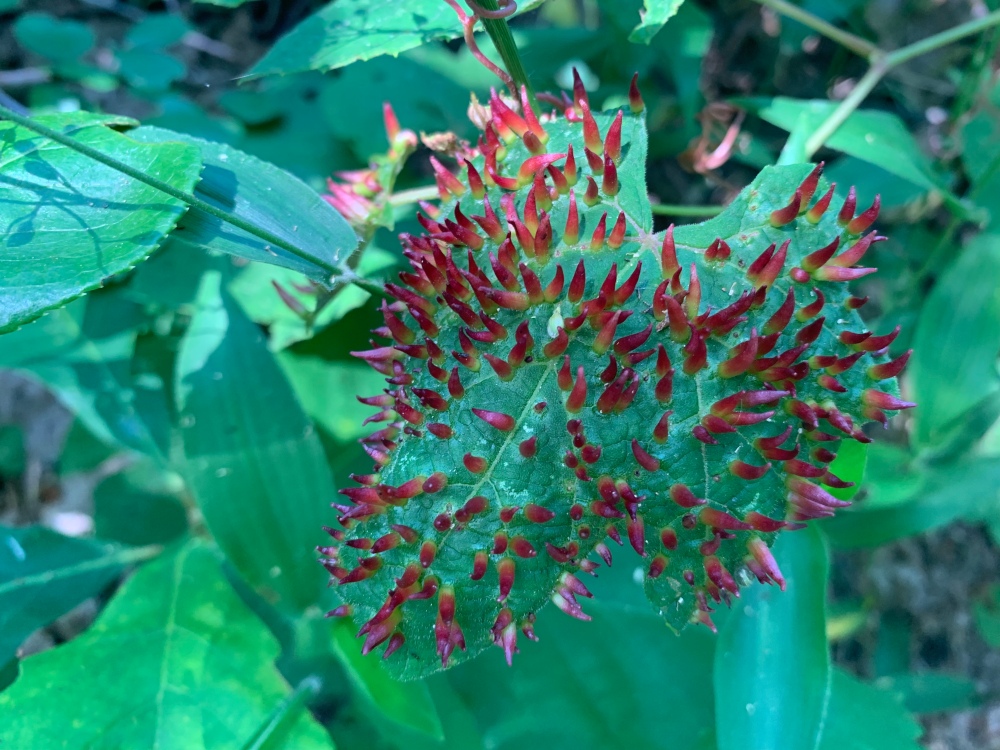 As we got closer to the road, we ran into two people filming a third on a mountain bike for reasons unknown. I had to give them credit, when I saw how far away their car was and how far they traveled into the woods, it didn’t go without effort. When we got to pavement, we both sat down and emptied the debris out of our shoes and socks, and removed all of the sharp seeds that had been stabbing us the entire trip. We still had a good walk along the side of the road until we got to Dalton, but it was such a relief to not have to worry about those tiny discomforts on the way there.

After passing a few more odd disposables on the side of the road and lots and lots of Kudzu, we got to Dalton.

First stop as always, food! We went to our go-to, McDonalds, which usually fills a hiker up the cheapest and fastest way with just the right number of calories. And of course, they always have the best WiFi, so you can contact the folks at home and overload the ‘Gram with an assortment of photos. Spacejam hung out with us a little while, but he was still planning on leaving. We booked a room at the Super 8 Motel and continued to encourage him to stick with it three more days. He wasn’t persuaded, but he was struggling to find his way home, so he decided to get a room for the night too.

I had asked my mom to mail my prescription medicines to town. She insisted on Fed-Ex which always makes me nervous. She had called the post office to confirm that they would hold a non-USPS package, and the lady she spoke to said they would. When I called, the man who answered the phone told me a completely different story. Lucky for me, they hadn’t returned my package yet, and I begged him to hold it for the rest of the day until I was able to pick it up.

We had absolutely no luck hitchhiking, so it was a three mile hike in the heat. When we got there, I grabbed my package and walked to the PO Box room by the entrance to dump the contents into plastic baggies, and to toss out the vials and packaging (excess weight). A lady who walked in gave a very sincere gag before running into the office. I didn’t know whether to feel sorry for grossing her out with my odor, or to laugh! I chose the latter.

We made another effort to hitchhike back. A lot of people were hesitant since there was a cop car parked down the road. It looked like they were on their phones, so we weren’t concerned, but most of the locals were. One even stopped to tell us not to hitch hike because the police were nearby, warning us of what we were already aware of. Finally, Lucas, a hispanic immigrant and a godsend, stopped to pick us up. He had been living in the country the past three years or so, and was familiar with the Pinhoti Trail. We apologized for our smell.

“Don’t worry about it. I’m getting my car detailed later today anyway.”

Once he knew which McDonalds to take us to (apparently there are a total of three in the nearby vicinity), he dropped us off. We thanked him, went inside for some cold beverages, then walked around the corner to check in at the motel. It turns out Spacejam was staying in the room next to ours, but we didn’t see much of him during our stay. We showered, aired out our clothes and washed a few items in the tub. Once it was dinner time, we walked down the street to Cracker Barrel, then returned to the room to loll the rest of the night.

Jump Ahead to The Pinhoti Trail: Part 16

Jump Back to The Pinhoti Trail: Part 14