I did a thing today. Probably won’t do it again. But I also said I wouldn’t run 13.1 miles ever again, sooo… 🤷🏻‍♀️Thanks @trevtrevorwhatever for the support, and super rad to catch up with you @wildturkeytrotsthru Thanks for the hospitality!
9/9/21 - Mission Accomplished! 🤘
Montana! You pretty!
Yet again, Montana brought the hiker friendliness in Augusta, and a sweet sunset too! Once we were able to force ourselves to leave, we were off to “The Bob” and finally got to see the Chinese Wall. We’re officially in the heart of grizzly country, y’all! 🐻
The sweet views continued all the way to Augusta!
Had an awesome birthday which I celebrated with my stinky, freeloading #hikertrash tramily, the wonderful people of Lincoln, and Daryl the Sasquatch. The hike from Rogers Pass was just as amazing as the hike into it after we hunkered down in a yurt to avoid the rain. More climbs, but a lot of ridge walking by rock ledges and towers.
No more smoke, but the days have been windy and the nights have been cold. We visited an amazing outfitter in the middle of the trail, got to see Golden, a familiar face from the AT (2016), and lots and lots of cows! I had been in a bit of a funk lately, but the ridge walk right before reaching Rogers Pass snapped me out of it!
Got stuck in the Butte vortex. We hitched in, hitched out, hiked to the north side then hitched back in. Pizza Ranch was our second home. Eventually we made our way to Helena, our second vortex. Before our arrival, we got pounded by hail and rain. The wind was blasting through the trees so hard, they were snapping like twigs behind us. The people of Helena were beyond hiker friendly. We got stuck a second day when a girl working at the brewery let us crash at her place for free, hot tub included! Life’s good!
The road walk continues. Nevada City to Twin Bridges to Silver Star to Butte! Time for a couple zero days!
Posted on July 7, 2019December 28, 2019 by Stubbs

… And then there were two. Spacejam gave us a brief goodbye and headed home. Frisbee and I ate then we hit it. It was the start of the Memorial Day weekend, so people were out and about. The free breakfast at the motel was lousy, so we decided to make a pit stop at Hardee’s for more food on the way. We’d need the calories for the super long road walk we had ahead of us.

We stopped at Walmart to get resupply, then continued onward under an unforgiving sun through residential neighborhoods. Even the cows were sick of the heat.

We walked by two tiny puppies that yipped in fear as they bolted into a manhole to hide. Then a larger dog, who I assumes was mom dukes, came running to the side of the road to make sure we weren’t a threat. It was actually super cute! We’d also walk by some Psalm CDs laying on the side of the road. I take it the songs weren’t favored by whoever tossed them. 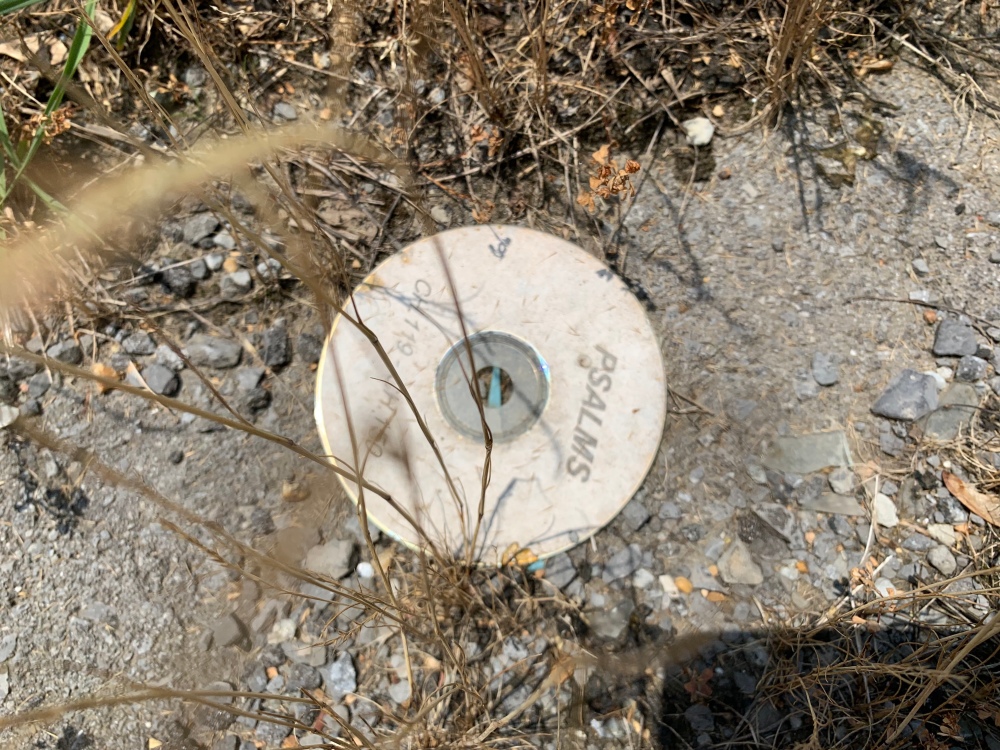 We ate lunch at Creekside Grocery which was located inside a gas station, then returned to walking under the burning sun. As we walked through residential neighborhoods, several of the locals that were out on their porches or doing yard work offered us water, which was very much appreciated.

We had water, so we turned them down until we got to Marilyn’s house. Marilyn was aware of the Pinhoti Trail given that it passed in front of her home. She knew where it traveled, and told us she likes to help hikers as they walked by. She kindly gave us several bottles of cold water and fresh fruit, which we ate on her driveway as we talked about how it’s been so far, and being safe during our hike. She was waiting on her husband so they could start the holiday weekend riding their jet skis with friends. It was nice spending time with her, but it was time to push forward. We walked by several goats and cows before stopping at the Spring Place Circle K for a pint of ice cream.

The heat had my appetite semi-suppressed, so I wasn’t hungry enough to eat the apple I packed out. Instead of carrying the extra weight, I handed it to Frisbee to toss it towards some cows in a field. Shortly after doing so, a truck pulled up and the driver handed us two water bottles, “I thought you might like these. Do you two want a ride down the road?”

We thanked him, and politely declined his offer. He waved and drove off before we could look at the passenger seat, but I’m pretty sure that it was Marilyn and her husband. They were awesome! We had water, but when it’s the same temperature as a hot tub, you really appreciate something cold!

We got more cold drinks at the next gas station, then followed the historic Trail of Tears route as we hit our 300 mile mark. The drivers on the road hadn’t been great, but as soon as we stepped foot on Smyrna Ramhurst Road, all the crazies came out. I usually give a friendly wave to the passing cars, but after one too many vehicles got too close, I stopped.

We got one last round of Gatorade and water at the Sunoco station, I grabbed a can of soup to eat and some Benadryl spray at the Dollar General, then continued along the back roads. After seeing a couple drunk people pull up as I ate, I was grateful that these roads were far less traveled.

An adorable black kitty with a case of mange and unusually large balls (Seriously! They were impossible not to notice!), brought out the crazy cat lady in me. I hung out with him on the side of the road for a minute and panicked when I was walking away as a truck almost ran him over. If I could care for all the strays in the world, I absolutely would!

We walked over a bridge overlooking a railroad, then passed through farm land as the sun started to go down. We were done.

The heat had gotten the best of us, so by the time we got to Dennis Mill Trailhead, we set up in a clearing, and hoped that we would not be disturbed by the locals. One truck pulled in the lot briefly before taking off, but that would be the only visitor, and we were fortunate not to be bothered overnight.

Jump Ahead to The Pinhoti Trail: Part 17

Jump Back to The Pinhoti Trail: Part 15