With the windows and door blocking all the light, we didn’t get moving until 7. It was a short walk to the Canadian border, and then our journey began. 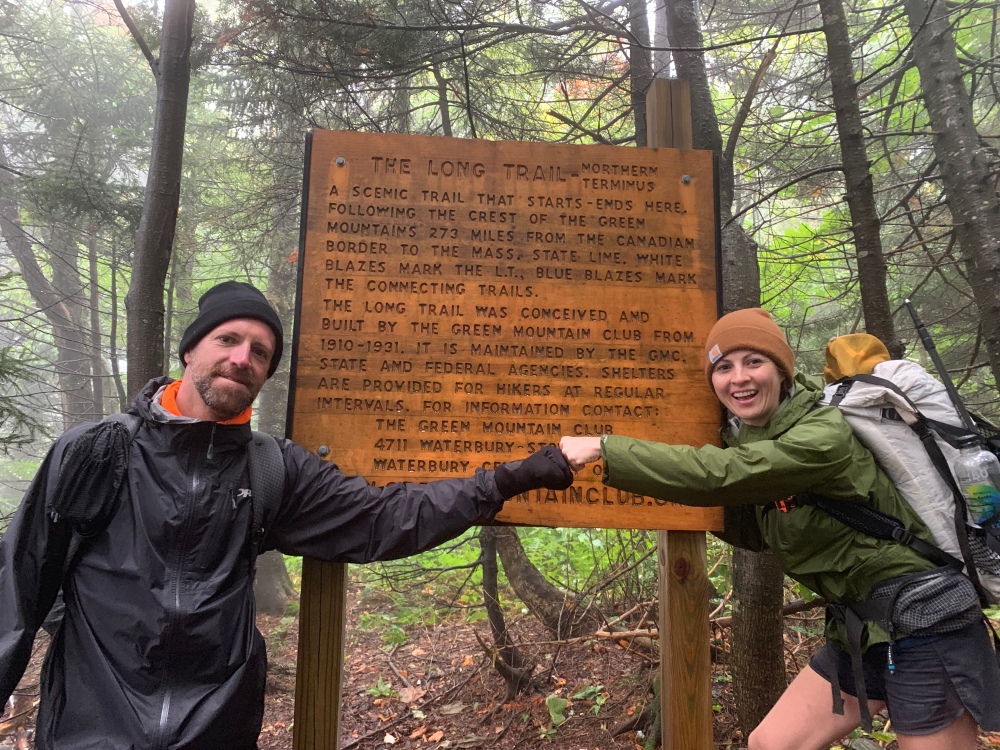 It was a misty morning and the guys caught a glimpse of a moose off the trail. I missed out, but heard it bust through the dense forest after spotting them.

There were steep climbs for days! I heard that the northern segment of the Long Trail was hard, but we were getting our asses handed to us! This trail is tough. There was a stream running down the trail as we scrambled through rocks to take our first break at Shooting Star Shelter.

We had to slide down a sheet of rock to get to it. It wouldn’t be long til we decided to take second lunch at Laura Woodward Shelter. The steep climbs combined with the lush, dense forest made me feel more like I was hiking through Maine rather than Vermont.

We trudged through the mud until we found ourselves surrounded by flagged off ski trails. We pushed our way up Jay Peak and caught a short glimpse of the mountains behind us in the mist before they disappeared in the clouds. 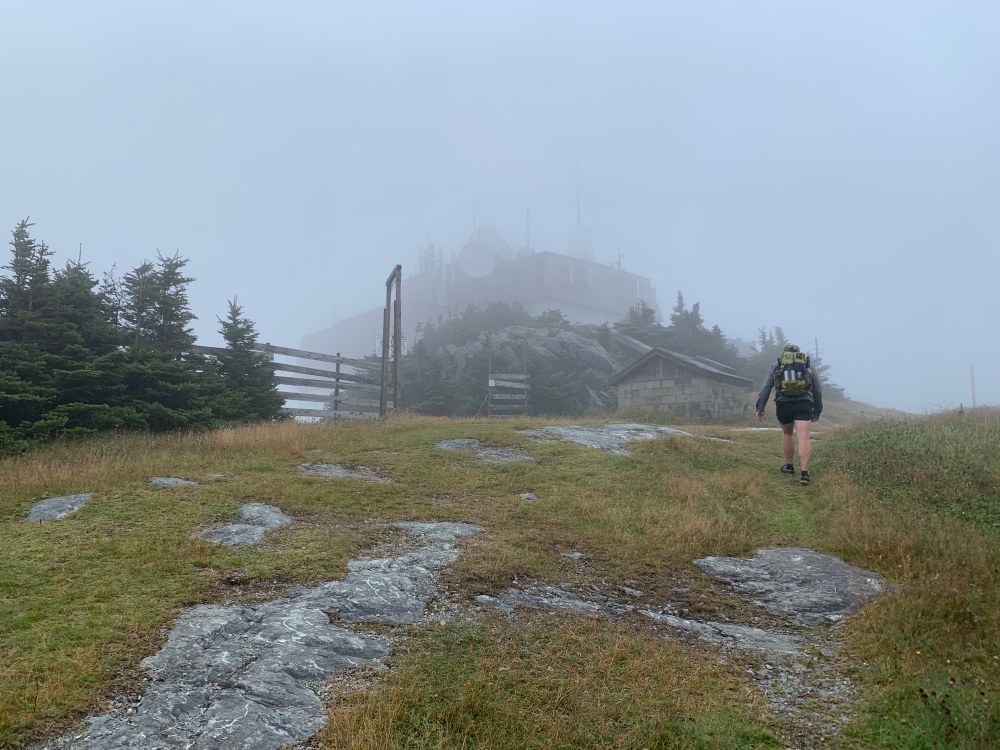 We missed the Sky Haus Deli on the top of the mountain by 15 minutes. The coffee had been dumped out, but there were outlets and flushable toilets inside. We debated taking the free lift ride down to the resort, but it would cost us to come back up, if we did. It was Sunday and during the off-season, we assumed that the lifts would shut down til next weekend, leaving us stranded below. Nope.

We talked to several people before they made the trip back down. A resort employee hiked up the mountain and was waiting for his ride down.

“Where you guys coming from?”

The guy laughed. “You got any others?”

“Nope, that’s all that’s in my arsenal.”

We met a seasoned hiker named Little Buddha. That would be the last we’d see him. That dude was fast!

We returned to the foggy alpine zone and scrambled below tree line. It was a steep trip down to Jay Camp.

Once we were in the shelter, Frisbee and I were greeted by a familiar face. It was Arash, otherwise known as Swamprash, a hiker we first met on the Florida Trail earlier this year, then briefly on the Arizona Trail at the Grand Canyon, and now here! It’s a crazy, small world that we live in. It dumped rain overnight as we bundled up and hoped to have semi-dry clothes in the morning.

Jump Ahead to The Long Trail: Part 2