We caught an epic sunrise early in the brisk morning, then we packed up and made our way down Madonna Peak, taking a break at Sterling Pond Shelter before continuing down the mountain to check out the hut by Sterling Pond. 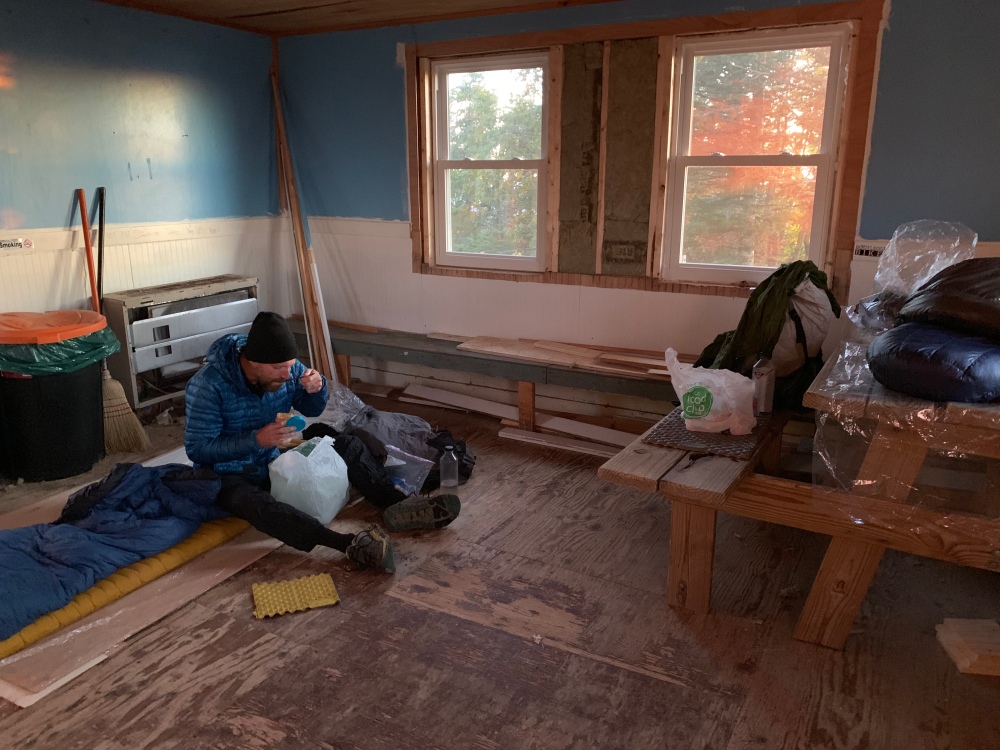 We made a wrong turn but got to check out the slopes while we were there. We caught a few more views and climbed down a couple ladders on our way to Barnes Camp to hitch into Stowe. 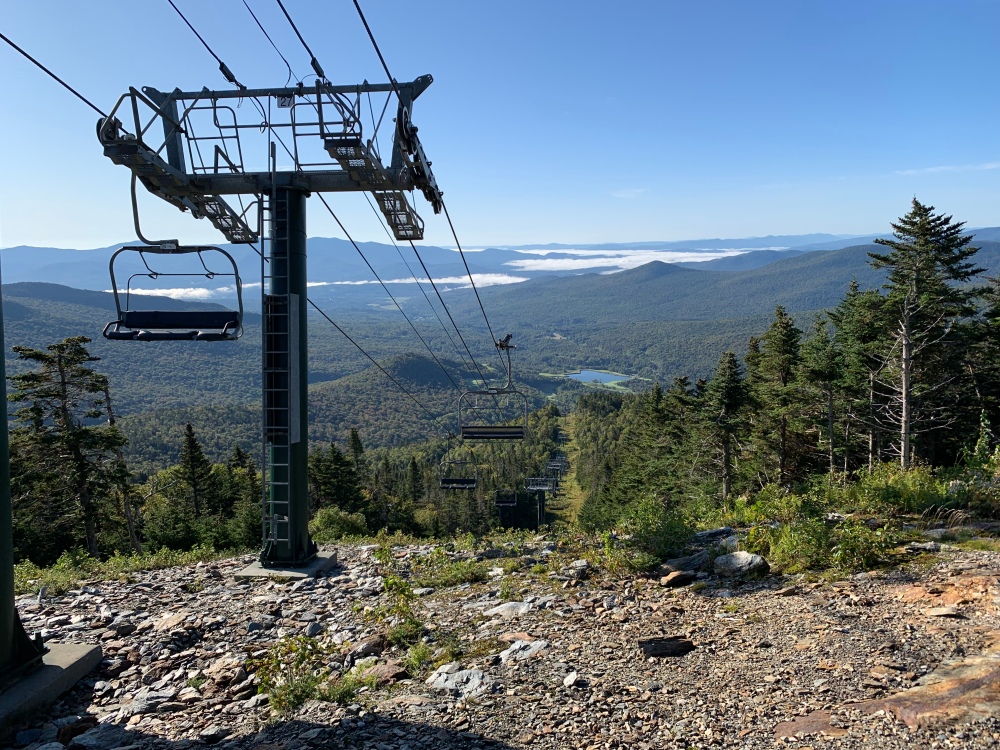 An electrician from Connecticut trucked us into town where the “British Invasion” was taking place. It was an event hosting a hoard of British classic cars. Feeling out of place in such a classy, tourist town, we found a corner at the bar far away from the other diners at Butler’s Pantry where we ate a pricey but delicious breakfast.

After resupplying, we wandered around Stowe. As we were walking down the sidewalk, we were stopped at an intersection where a police officer was directing traffic. The event caused some congestion on the streets of Stowe. As we were waiting to cross the street, a woman was hanging out of her car window asking if we needed a ride back to the trail. We weren’t in a rush to return to the trail, but it would be a hard hitch back if we didn’t take her up on her offer, so we jumped on it.

The driver was a former SOBO AT hiker named Joyful Girl. She told us her thru hike got cut short when a tree fell on top of her during a thunderstorm. She had an outer frame pack and claimed that that was what saved her life. She recovered at a hostel nearby but she was in too much pain to continue the hike. We talked about hiking other trails and she told us about life in Vermont before she dropped us off at the Spruce Peak Lodge. We baked in the sun as we charged our electronics, and even met another Appalachian Trail hiker who worked at the lodge who hiked in 2011 named Turtle.

Eventually it was time to make the climb to the top of Mount Mansfield. As we made our way to the base of the mountain via the Smuggler’s Notch boardwalk, a photographer for Stowe Magazine stopped us and asked if we could do a brief photo shoot as we walked. Why not? We might not make the cut, but it was fun anyway.

The climb was super steep and rocky. I huffed and puffed towards the Taft Lodge. There was a good water source nearby, and I needed it! But eventually the hot temperature transitioned to frigid the further I went.

The guys caught up with me and we kept an eye on one another as we literally rock climbed “the chin” of Mansfield.

The wind blew so hard, I questioned if it would end me. One poorly executed move could mean death. We noticed a guy keeping watch as we climbed. I suppose he’s the one who notifies the proper authorities if someone falls off the mountain.

The wind gusts got stronger as we got closer to the summit. I had to crotch low to take any pictures or video to stabilize myself against the wind. It nearly knocked me off my feet several times before we had had enough and started our journey towards “the forehead” of Mansfield.

There were rock slabs called the needle’s eye which we had to maneuver through and several ladders to travel down before we arrived at Butler Lodge.

The caretaker turned out to be a 2017 AT thru hiker named Austin (trail name: Pterodactyl) and our friend Dark Knight took us by surprised when she walked through the door. She brought herself “celebration burgers” to cook up which nearly masked the swampy hiker odor lingering around the cabin. We also shared the place with two girls doing a Mansfield overnight, and two NOBO Long Trail hikers named Tom and Pierre. Pterodactyl shared some of his Chili Mac with us before we climbed to the loft and fell asleep.

Jump Ahead to The Long Trail: Part 7

Jump Back to The Long Trail: Part 5