After spending a little too long out in the so-called “real world”, it was so damn refreshing to meet up with some of my tribe for a multi-day hike on my home trail. To those CDT tram members who couldn’t make it out, you were truly missed and gossiped about… A LOT! 😂 But I’m hoping some of you cross paths with us on the PCT later this year. Good luck Tapeworm on making it over halfway on the AT. 🔥 Enjoy the north. RIP The Doyle. You will do well I’m certain, but I’ll miss the glorious shitshow you once were. How the trail has changed! 🤯
I did a thing today. Probably won’t do it again. But I also said I wouldn’t run 13.1 miles ever again, sooo… 🤷🏻‍♀️Thanks @trevtrevorwhatever for the support, and super rad to catch up with you @wildturkeytrotsthru Thanks for the hospitality!
9/9/21 - Mission Accomplished! 🤘
Montana! You pretty!
Yet again, Montana brought the hiker friendliness in Augusta, and a sweet sunset too! Once we were able to force ourselves to leave, we were off to “The Bob” and finally got to see the Chinese Wall. We’re officially in the heart of grizzly country, y’all! 🐻
The sweet views continued all the way to Augusta!
Had an awesome birthday which I celebrated with my stinky, freeloading #hikertrash tramily, the wonderful people of Lincoln, and Daryl the Sasquatch. The hike from Rogers Pass was just as amazing as the hike into it after we hunkered down in a yurt to avoid the rain. More climbs, but a lot of ridge walking by rock ledges and towers.
No more smoke, but the days have been windy and the nights have been cold. We visited an amazing outfitter in the middle of the trail, got to see Golden, a familiar face from the AT (2016), and lots and lots of cows! I had been in a bit of a funk lately, but the ridge walk right before reaching Rogers Pass snapped me out of it!
Got stuck in the Butte vortex. We hitched in, hitched out, hiked to the north side then hitched back in. Pizza Ranch was our second home. Eventually we made our way to Helena, our second vortex. Before our arrival, we got pounded by hail and rain. The wind was blasting through the trees so hard, they were snapping like twigs behind us. The people of Helena were beyond hiker friendly. We got stuck a second day when a girl working at the brewery let us crash at her place for free, hot tub included! Life’s good!
Posted on October 15, 2019December 29, 2019 by Stubbs

It was a cold morning and we were cruising along even though we came across numerous blow downs. 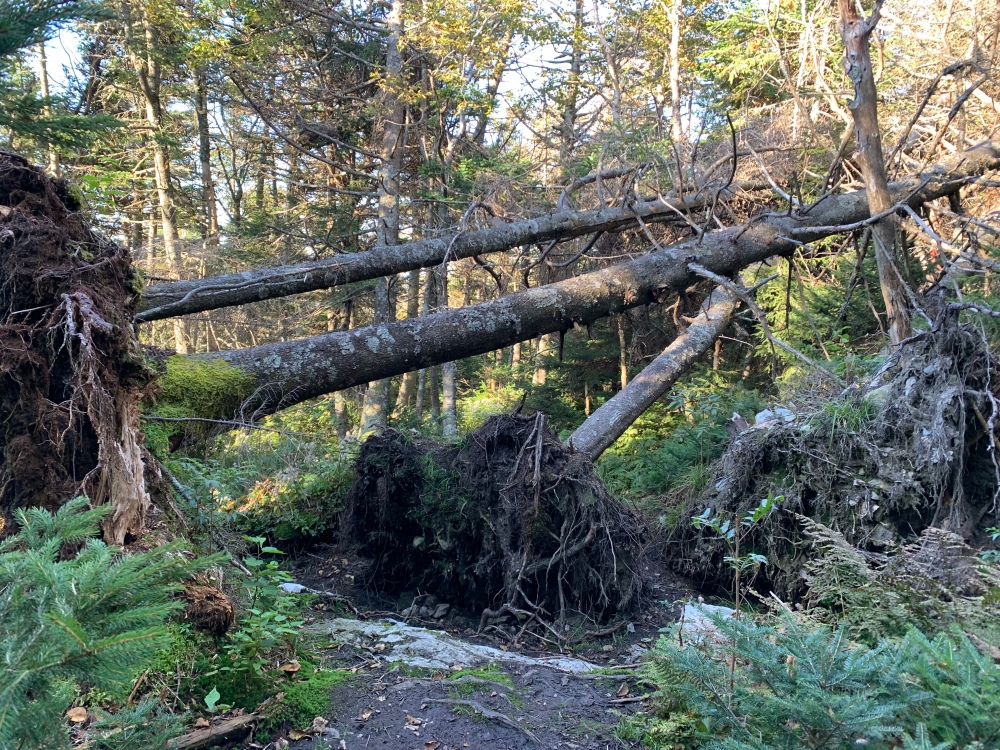 We took a break at Boyce Shelter, but not for long. It was freezing out! We’d soon warm up when we got to Middlebury Gap where we’d take another break. A NOBO got dropped off as we enjoyed our snacks in the sun. His name was Bluebird and he came bearing gifts. He brought a bag of apples from town and provided our first trail magic since we started at the Canadian border!

I was feeling pretty good as we hiked through the Snow Bowl ski resort. It was the only one we walked through where the warming hut wasn’t open. It was getting warmer out and we passed a few NOBOs on the way, including a hiker we’ve met before when we hiked the Appalachian Trail in 2016, Lieutenant Dan. He was hiking with a guy named Numbers, and we stopped to chat with them before hiking onward.

We grabbed some water at Sucker Brook Shelter. There were very few views and many blow downs to climb ahead of us. I experienced some nasty knee pain as I climbed down the steep, stone steps to Brandon Gap. I’ve had knee pain before, but this was intense!

When we all reached the gap, we caught a hitch to Rochester and resupplied at Mac’s Market. We knew hitching back would be tricky. It wasn’t a direct shot, but a lady from New York was kind enough to stop. Unfortunately we weren’t heading in the same direction. But right after she pulled off, a delivery guy for the Mountain Times, a local paper, offered us a ride after he finished his route. He was accompanied by his fluffy German Shepherd named Chinook, which we couldn’t resist cuddling with. He offered Middle Brother a Labatt Blue, and he picked our brains about our hike while we sat on top of newspapers during the ride back.

One we were back at Brandon Gap, we only had a short hike to get to Sunrise Shelter. When we got there, we met a couple named Adam and Elizabeth, and their two children. They were inching along the Long Trail, trying to complete it as a family. We talked to them about travel and they told us about their bus and rubber tramping across the country as we set up our bivies a short distance from the shelter.

As soon as we got settled, we were kept awake by two separate events. The first was the group of hikers that showed up after dark. I don’t mind at all when people show up late. There’s no curfew out here. What I do mind, however is having headlamps high beaming my retinas. We weren’t even close to them as they set up shop and blinded the hell out of us. This is what that red light option on your headlamp is for ya’ll!

Event number two was of the wildlife variety. I listened as a medium-sized animal was rummaging around a short distance away. I had my food bag laying by my head, and wasn’t exactly thrilled of the possibility of a raccoon mauling my face. When you’re inside a bivy, you feel especially vulnerable. I was sharing my concern with Frisbee just as the animal started running full force at us! In the end, I think the animal was more startled by us. We must have looked like two dynamic trash bags as we sat up in our bivies! We didn’t hear the creature the rest of the night.

Jump Ahead to The Long Trail: Part 13

Jump Back to The Long Trail: Part 11