It was hard to get up after sleeping by a fireplace, but it was time. We walked over to the Ranger’s Station to fill our water bottles before heading out, and that’s where we met Stanley and Andy. Our hike would be slightly delayed. Stanley made us pancakes and sausage for breakfast, and Nimblewill joined us as we were on our last round of coffee. We talked a while and had to force ourselves out the door. They were great company, but if we didn’t get moving, we might be staying an additional night! 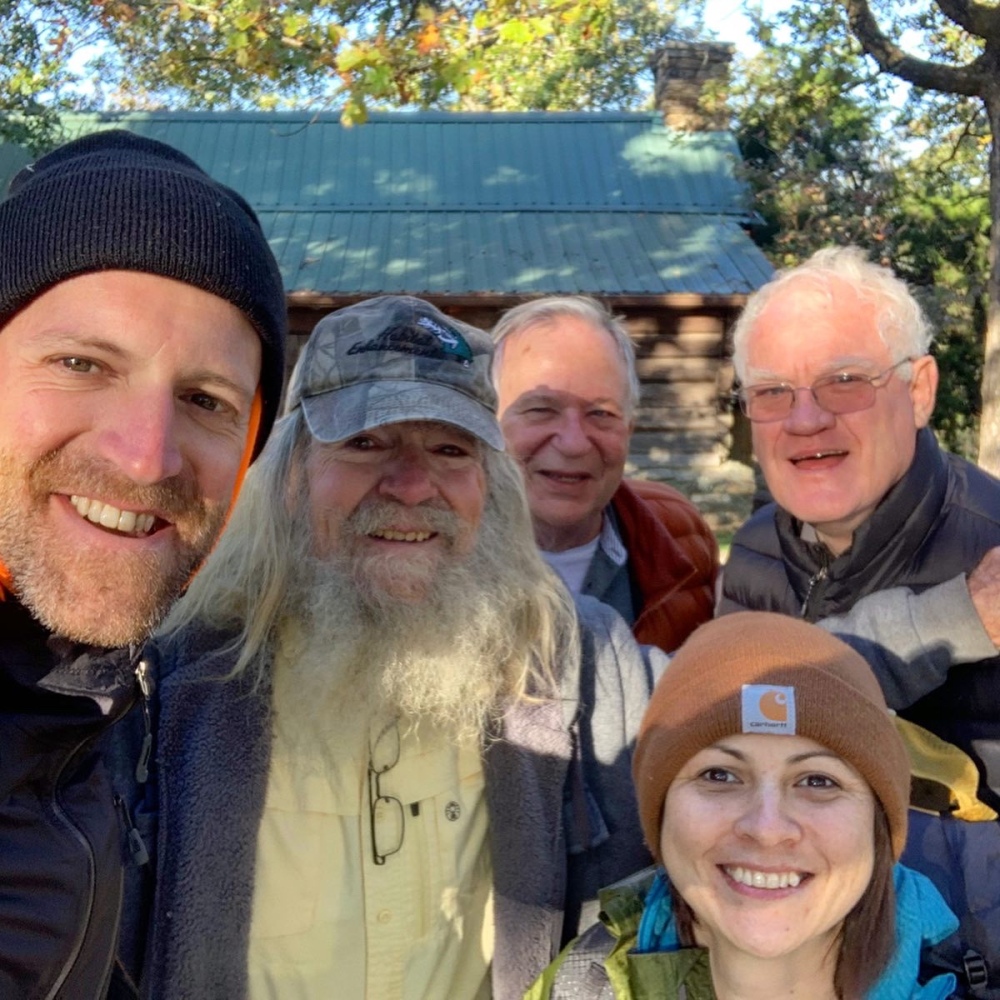 Nimblewill had warned us yesterday that getting lost was inevitable. We didn’t think it would be in the first couple of miles though! Fortunately we were only a half mile off track and wouldn’t have anymore hiccups the rest of the day.

We passed by many barking dogs in residential neighborhoods before turning on dirt, forest roads. I was strangely fascinated by a dead deer that was being pecked at by vultures, that was all bones excluding the head, which was entirely intact. Very few trucks drove by by the time we had our first break on the side of the road in a patch of sunshine.

We were excited to finally hit the Coosa Trail section. I didn’t realize that we would be hiking any trails at all during the “road walk” until I was informed of it yesterday. It was really nice! We followed the yellow blazes over foot bridges, through bamboo, and under colorful leaves, some bigger than my head! 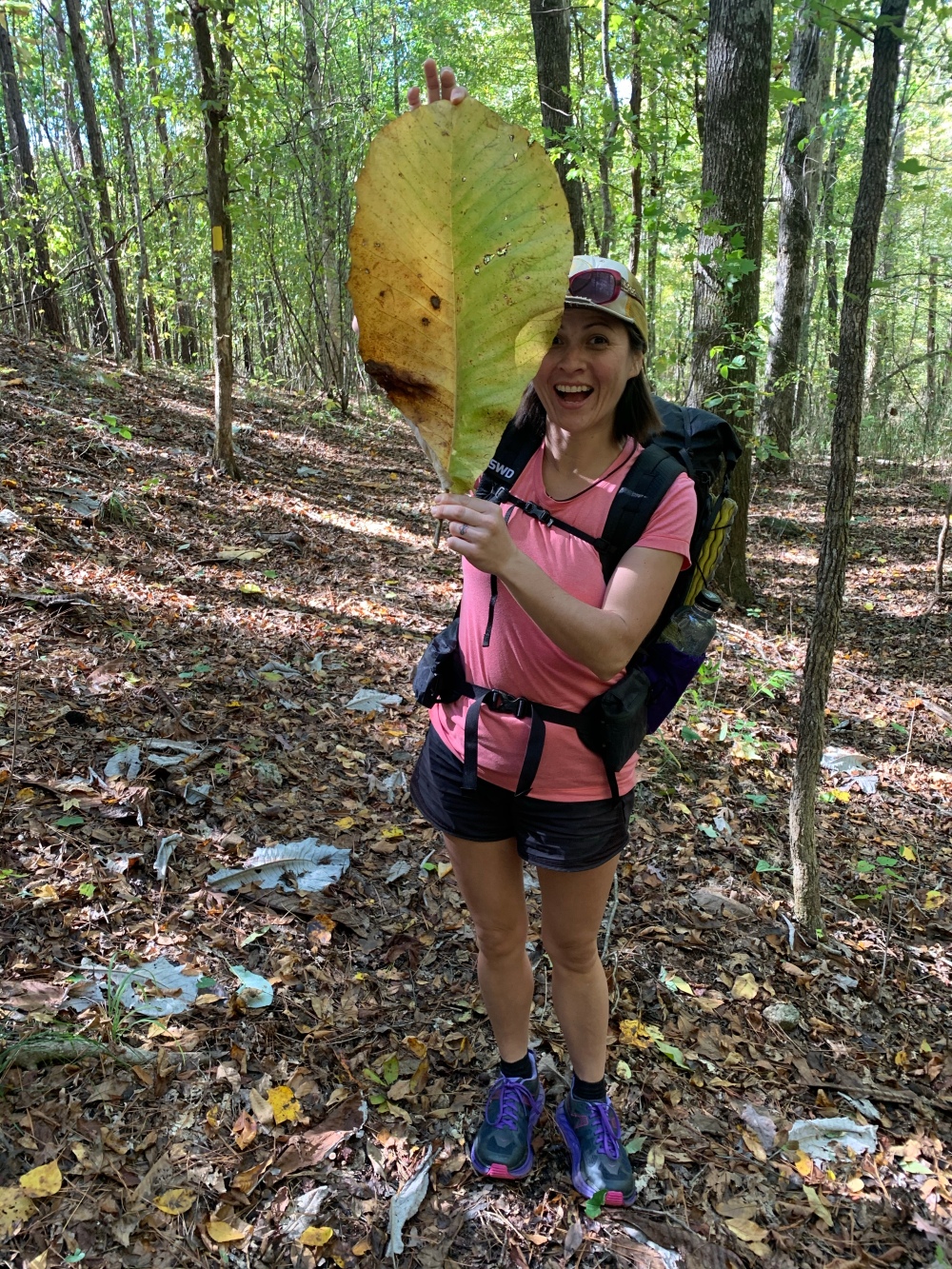 Before I reached the second shelter, I caught a quick glimpse of a coyote before it dashed down the trail. We checked out the shelter which sat right along Lake Mitchell, but didn’t linger for long. There was a nasty wasp nest outside of it and I wasn’t looking to go to urgent care anytime soon! 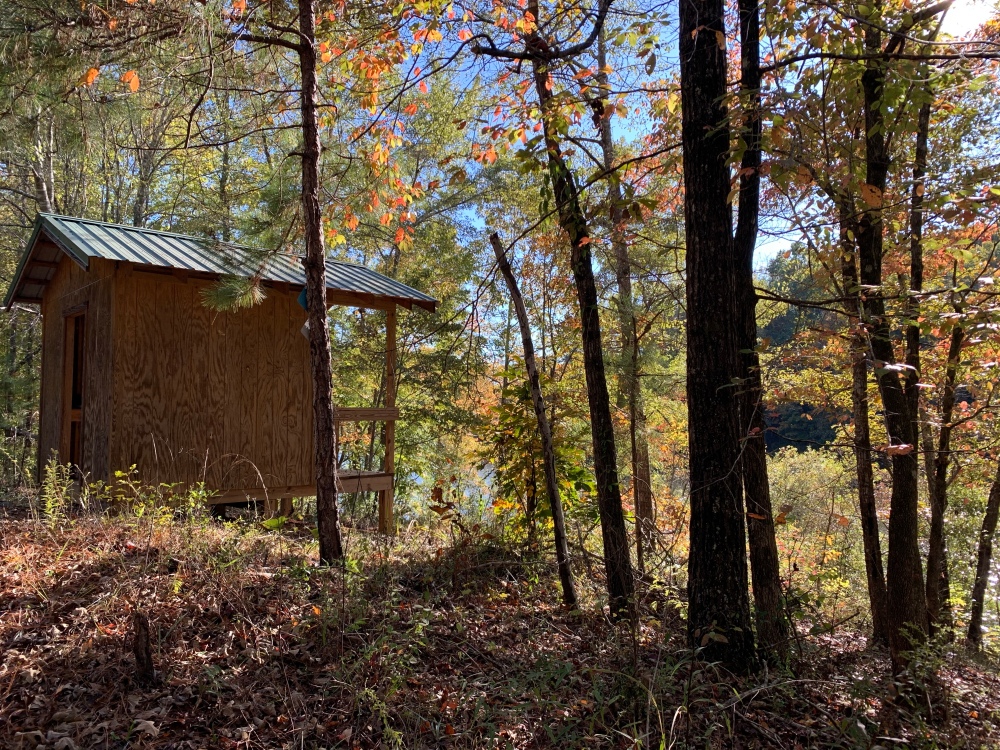 We’d continue to see more wildlife throughout the day. Aside from deer, we stumbled across a drove of over 12 wild pigs! It was a little nerve racking. I’ve met numerous big, brawny men that have warned us about how dangerous they can be, and some of them were REALLY big! Frisbee clapped his hands and yelled at them and they took off running. There were even a bunch on the other side of us that we didn’t even see until we heard them barreling through the woods.

We reached the end of the Coosa Trail and decided to set up next to the river. We heard several deer circling around us and huffing throughout the night, but there would be no other disturbances.

Jump Ahead to The Alabama Road Walk – Part 2