We had already rang the door bell twice before noticing the inconspicuous sign posted on the window at the far left. We had walked over 60 miles in one shot, and were feeling a bit sleep deprived by the time we made it to the Hoosville Hostel. We have heard good things from other ECT (Eastern Continental Trail) hikers about this place. I had been dreaming about their hot tub for a while now. It was 7:50 am and the sign said the hostel lobby opened at 8 am, so we decided to sit and wait out front.

A grumpy man popped his head out of the front door. We told him we were looking to book a room if one was available. The man was rather irritated that we rang the bell, informing us that he was the cleaning guy and we woke him up. He also insisted that the owner didn’t open the lobby until 9 am, even though the sign stated otherwise.

The guy was incredibly rude. It’s fair to say this because the two of us had gotten FAR less sleep than he had, and still managed to treat everyone we spoke to politely. I was so irritated with the guy’s attitude, I didn’t have any desire to stay there anymore. Frisbee still did, so we walked across the street to Starbucks to kill time. I decided to look up a backup hotel. Preferably one with a hot tub. I was feeling achy. 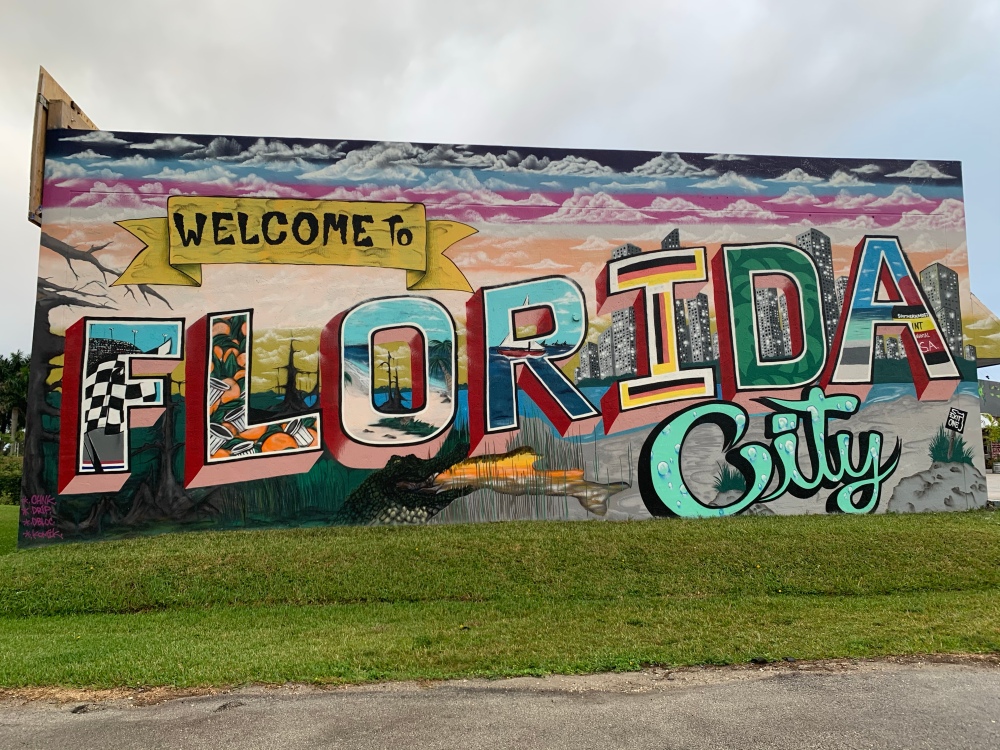 We returned to the Hoosville Hostel yet again. It was 9 am. We rang the bell. No answer.

And back to Starbucks we went to use their WiFi to book a room at the nearby Best Western. Their lobby was open, they had a room, and they had a hot tub.

What followed was the usual hiker errands: showers, laundry, and food. There was a Golden Corral in walking distance. Buffets and my bottomless food pit (aka my stomach), are always a good combination. Things were going great. However, there was still one more disappointment for the day. The hot tub I had been dreaming about? It decided to break right after we booked the room. But hey, at least there was a ‘Live PD’ marathon playing on TV.

Jump Ahead to Road Walk to Key West: Chapter 7

Jump Back to Road Walk to Key West: Chapter 5