The trail took us out of the forest and through a meadow which passed Sweetwater Lake.

After climbing over some downed trees, we took a break at Laurel Shelter where we met a Pinhoti thru hiker named Ian, who was packing up after staying there last night. He told us that he met our buddy Spacejam yesterday, but that he decided to keep hiking passed the shelter. Eventually we would catch back up with him! 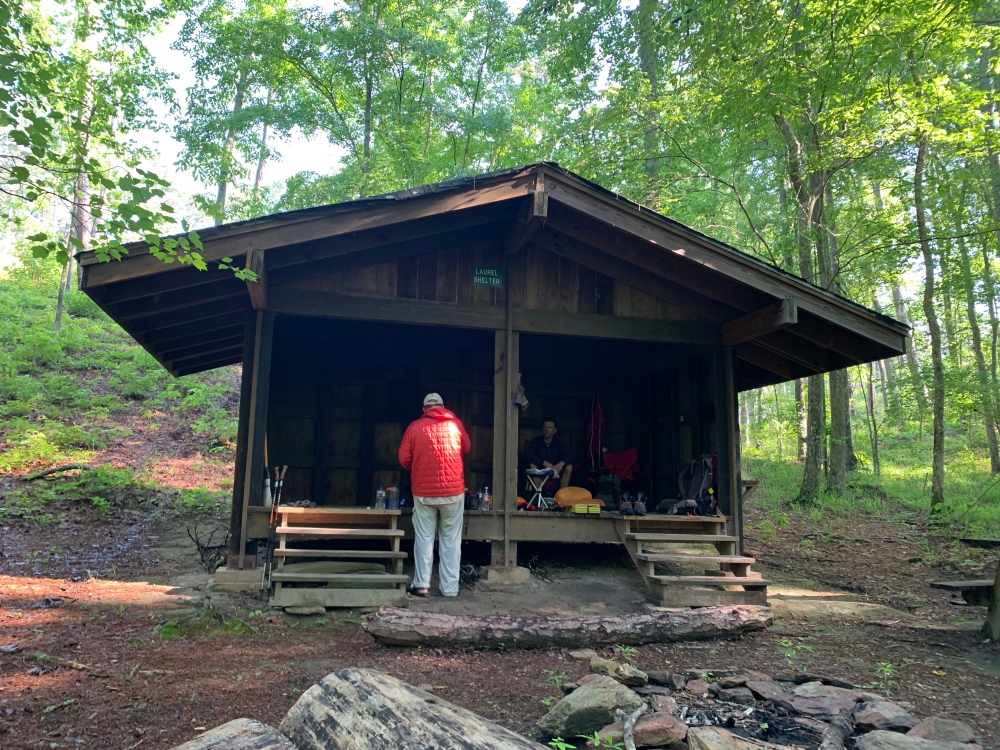 We continued onward, getting our feet wet in the damp grass before stumbling upon Shoal Creek Church. According to the signage, it is one of the last remaining hewn log churches in Alabama and was built between 1885-1890. It is no longer in regular use, but since 1921, a Sacred Harp singing tradition occurs here annually and they occasionally hold special events there. 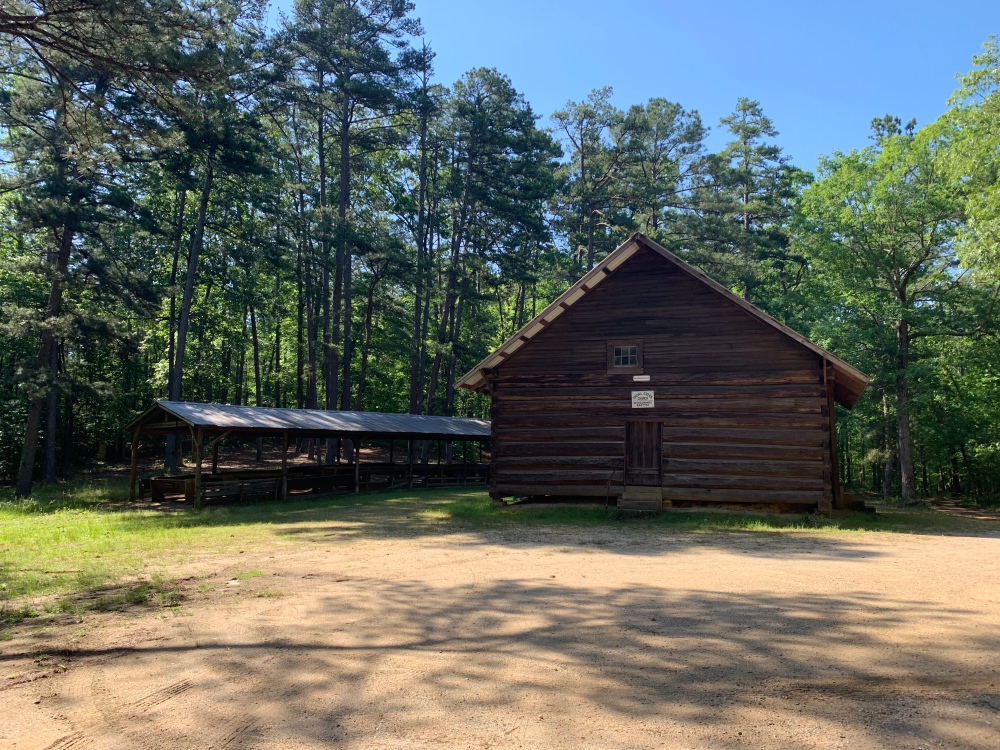 The rest of the morning involved a lot of bushwhacking, wet feet, fields of poison ivy, and climbing over, under and through fallen trees.

We felt beat up by the time we took our next break at Chocolocco Shelter. I was sick of being covered in cob webs, sick of all of the sharp seeds that kept covering my body and getting embedded in my shoes, and I’m sure Frisbee was sick of the ticks that kept accumulating on his legs. He was a tick collector. I was more fortunate. 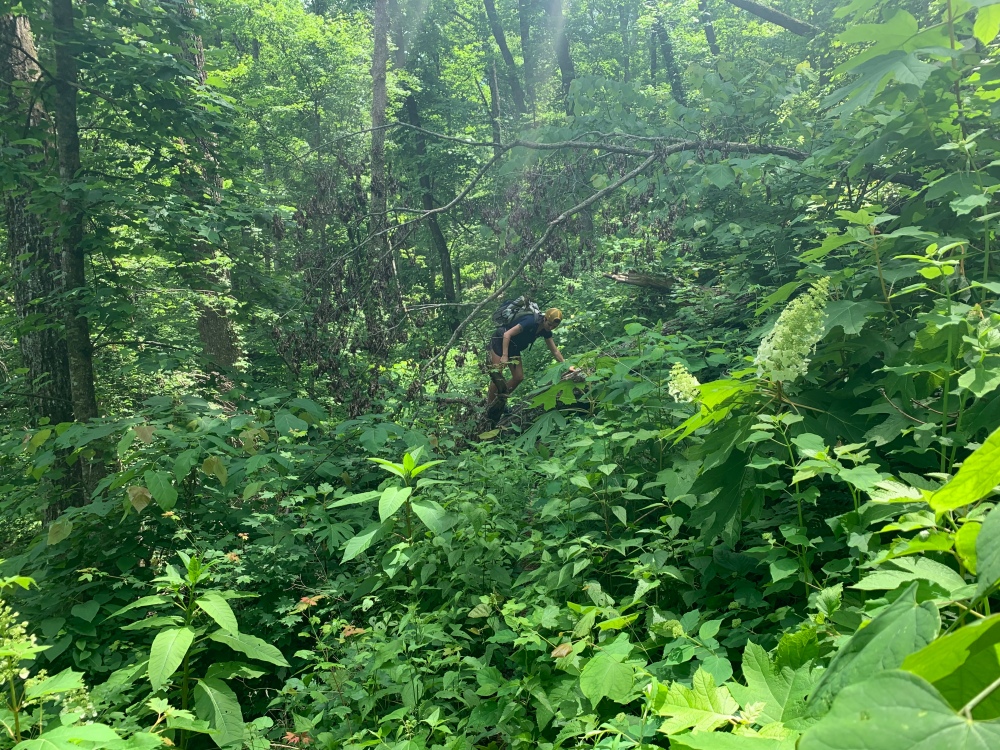 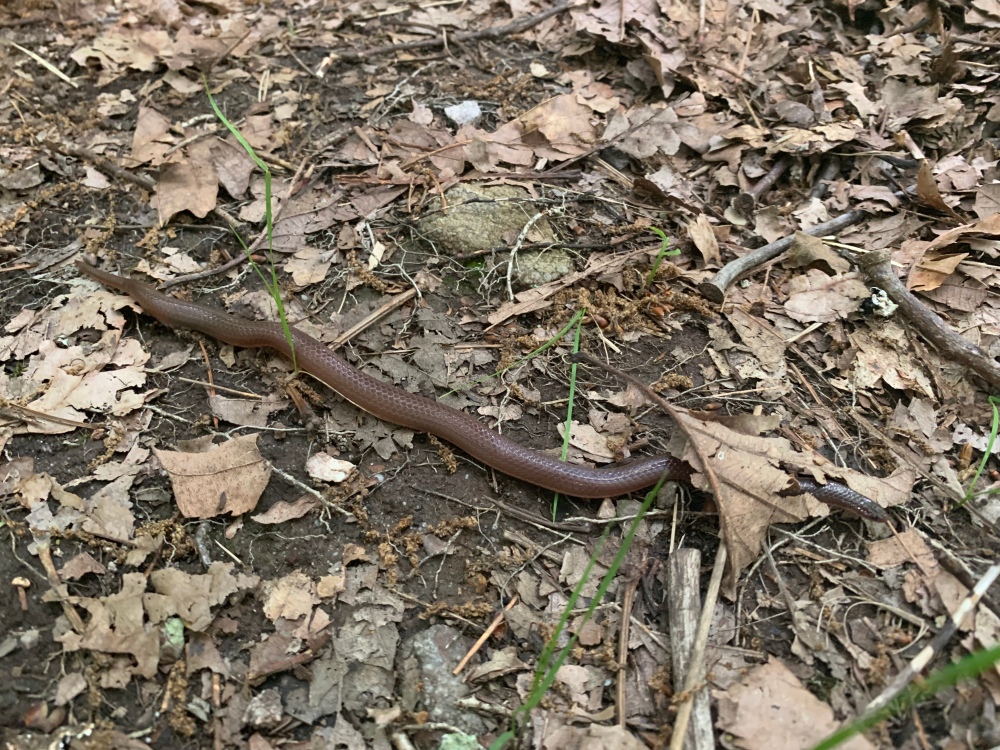 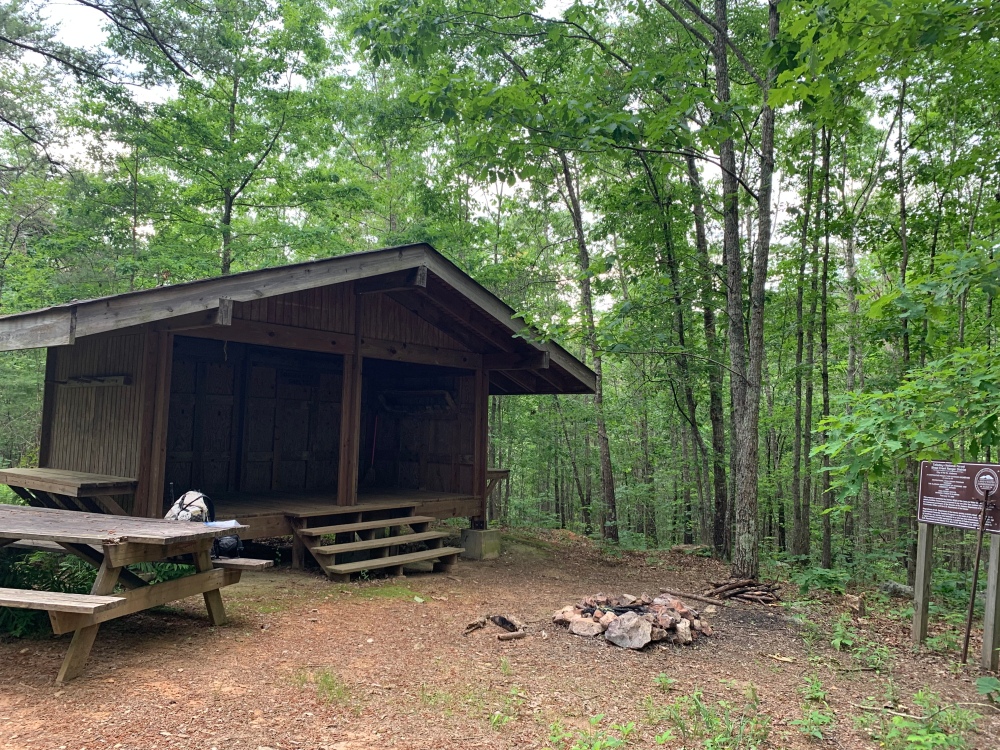 We stopped at Dugger Mountain Shelter for the night. We debated sleeping in the shelter, but the mosquitoes were eating us alive. As we ate our dinner at the picnic table, a couple going on an overnight camping trip with their teenaged son and younger daughter showed up. We gave them first dibs on a tent area. We could manage to squeeze in just about anywhere. We would enjoy another night listening to the whippoorwills.

Jump Ahead to The Pinhoti Trail: Part 10

Jump Back to The Pinhoti Trail: Part 8